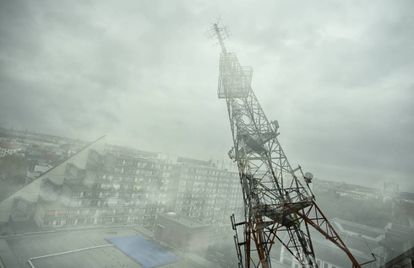 Telecommunications operators are on their way to becoming mere commercial brands, only distinguishable by their logos and advertising. They started by outsourcing their customer service, franchising their stores or selling their headquarters. Now they have gone a step further and are getting rid of their most valuable asset: networks. In the last five years they have sold their passive mobile networks: the transmission towers, the antennas and the associated buildings to independent infrastructure companies (the so-called towercos).

The share of independent towercos in Europe’s telecommunications infrastructure has exceeded 25% in 2021 from 14% in 2018, although outsourcing of passive infrastructure remains lower than in the United States, where 90% of towers are they operate independently of the operators, according to consultancy Scope Ratings. Many of Europe’s large mobile phone operators have or are considering asset reduction strategies in relation to the operation of Europe’s more than 420,000 mobile phone towers.

Cellnex, born in 2016 from the then Spanish Abertis and today in the hands of foreign investment funds, is the first European towerco, managing 137,000 locations spread over 12 countries. In 2021 alone, the company closed buyouts in eight markets with an associated investment of €18.8bn, although its biggest acquisition was the purchase of 24,600 towers from UK-based Asian operator CK Hutchison. Its main rival is American Tower, which acquired Telxius’ telecommunications tower division in Europe (Spain and Germany) and Latin America (Brazil, Peru, Chile and Argentina) for almost 8,000 million euros, until then controlled by Telefónica and owned by the KKR fund and Pontegadea, the investment company of Amancio Ortega.

All the big European operators in unison have operations to sell their network to cover their voluminous debts, although the official excuse for getting rid of the best treasure of their assets is the need to make them visible so that the market values ​​them conveniently. Vodafone took a part of the capital of its Vantage Towers division public; Orange has already transferred all its assets to its subsidiary Totem; Telecom Italia sold part of its stake in Inwit, the tower joint venture it has with Vodafone Europe. And Deutsche Telekom is about to sell its 40,600 towers in Germany and Austria, in a bid that will include Cellnex and American Tower. At the moment, it’s just mobile networks, but the next step will be to get rid of fiber. Vodafone is already preparing the sale of its fixed network (including Ono’s cable network) for between 3,000 and 4,000 million. And Telefónica is also looking for buyers for its new fiber network subsidiary in emptied Spain.

“Segregating network assets into a specific company like Vantage Towers offers opportunities for growth and value in each of its markets. With its extensive footprint and strong relationships with major mobile operators, Vantage Towers is able to capitalize on these market trends by attracting new tenants to its existing towers and rolling out new sites,” said Colman Deegan, CEO of Vodafone Spain.

Hidden assets that were apparently worthless are suddenly coveted by investors. And it is that the stock market value of the towercos has risen like foam in contrast to the sad performance of the telcos. Why? “On the one hand, because, being integrated into the balance sheet of mobile operators, these types of assets and the financial flows potentially associated with them did not have visibility, as it was an infrastructure dedicated exclusively to serving the operator’s own needs. And, on the other hand, what happens when the mobile operator separates the infrastructure from its balance sheet is that it receives cash for the monetization of the asset, but at the same time signs a long-term service provision contract with the tower and infrastructure operator, and this is what the market values: the value is in the contract and in the visibility and predictability of long-term financial flows, not so much in the physical asset”, explains Juanjo Gaitán, director of investor relations at Cellnex.

But not everyone agrees on the advantages of this outsourcing and there is already talk of a tower bubble. “Europe’s most indebted telecoms operators have led the sale of infrastructure assets ostensibly to improve their balance sheets, only to end up relying on long-term tower leases, which has little net impact on their indebtedness. Rising interest rates, low-growth prospects for the European telecommunications sector and the reluctance of many operators in the region to lose control of their infrastructure also suggest that corporate deal negotiation will slow down,” says Thomas Langlet. , an analyst at Scope Ratings.

A scenario that Gaitán denies: “We don’t believe there is a bubble. Companies operating in this sector trade at similar multiples without disparities. If we analyze the case of Cellnex, we see how its fundamentals in terms of revenues, EBITDA and recurring cash flows have multiplied practically by seven, supporting in this sense the total return for the shareholder that stands at more than 20% per year since the IPO, and also with a sales base under contract that exceeds 100,000 million euros. What has indeed occurred is a greater focus and interest in this type of asset in Europe, and this has led to greater competition between the different players that have been appearing on the market”.

Even more worrying is the preponderant role that investment funds are acquiring in this consolidation process since, unlike industrial investors, their vocation is not permanence but to grow as quickly as possible in order to sell with the highest possible profit. In Spain, KKR, Cinven and Providence control MásMóvil after launching a takeover bid for the entire capital in 2020 for 3,000 million euros. For its part, Inveready is present in Gigas, Ignitar, Agile, Izertis, Edgeware, Fon, Voz Telecom, Parlem and Onmovil. The operator Adamo is in the hands of the French fund Ardian while Macquarie Capital owns Onivia, whose asset is the fiber network that it bought from MásMóvil. For their part, the Cinven and KKR funds control the fiber companies Ufinet and Reintel, respectively.

Motorbikes and scooters for A1, class B and B196: 125 for drivers, beginners and those switching