The ‘America post Roe’: how the sentence on abortion aggravates the polarization of the United States 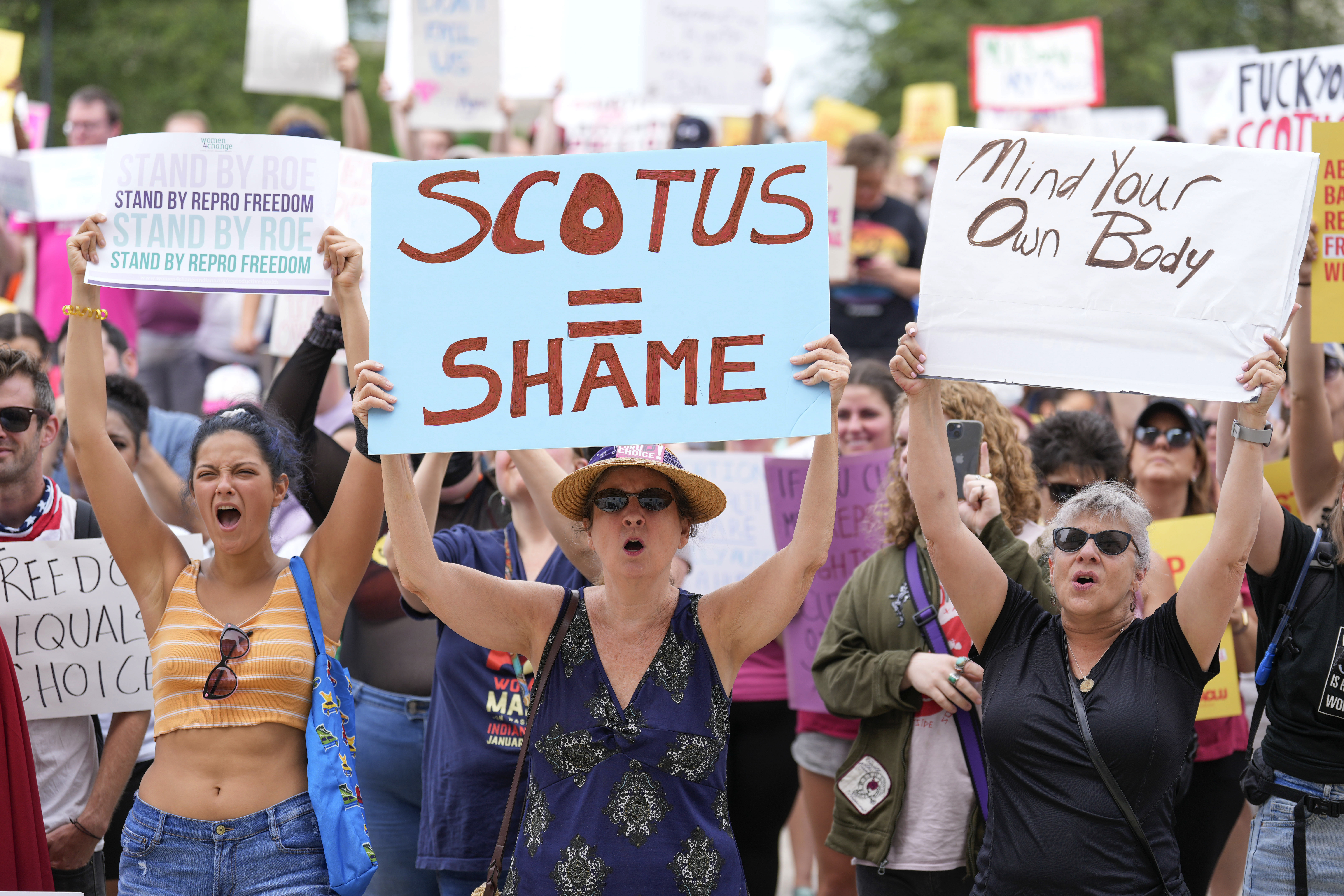 The United States woke up this Saturday turned into a foreign country for the 36 million women of reproductive age who live in the States (at least 26 of 50) in which access to abortion is in danger after the Supreme Court overturned the previous day in a historic sentence his federal protection. It was guaranteed by two rulings of that high court, Roe v. Wade (1973) and Casey v. Planned Parenthood (1992). The six conservative magistrates who voted in favor of changing a half-century precedent return to the States the power to legislate on the subject.

At the end of a historic day, which marks a before and after in American jurisprudence, society and politics with still unpredictable consequences, at least nine of them had already repealed abortion with immediate effect. Eight (from Alabama to Wisconsin and from Louisiana to Missouri, whose attorney general, Eric Schmitt, lacked the minutes to run and be the first) did so throughout Friday. The ninth, Oklahoma, approved in May a law that criminalizes practically any interruption of pregnancy from the moment of fertilization and includes measures to criminally prosecute those who collaborate in its practice.

From stupor at the loss of a reproductive health right that was taken for granted to the joy of those who saw the anti-abortion movement achieve a victory worked for decades, the reaction to the sentence demonstrated the polarization of a deeply divided society (in which , according to various polls, about two thirds were opposed to the repeal of the 1973 ruling). The map that leaves what is already known as post-Roe America is painted with four colors: that of the States that have already prohibited abortion; those who plan to repeal or restrict it in the coming days or weeks; those in which the decision depends on the party that wins the following elections and those in which it is expected that their protection will be maintained or reinforced.

“Those judges know what they are doing: further dividing America. Abortion is the issue that most confronts us, above race, ”explains to EL PAÍS Joshua Prager, author of The Family Roe, the most complete investigation on Jane Roe, fictitious name given to the plaintiff, Norma McCorvey.

Although the math is still far from exact, 13 States have what are known as trigger laws, which have been voted on by legislators for years (the last one is Wyoming) and were waiting for the decision of the Supreme to trigger its legal effects immediately or within a period of 30 days. In this last group, for example, Texas enters, where they want to go further from the restrictions provided for by its famous heartbeat rule, which prohibits the interruption of pregnancy since the fetal heart begins to work, around the sixth week, when many women still have no way of knowing their status. In most cases, the texts provide exceptions when the mother’s health is in danger, but almost none admit the exception of rape or incest.

Iowa, Alabama, Ohio, Georgia and South Carolina do not have immediate activation mechanisms, but they have enacted regulations whose application was stopped in the courts. By changing the jurisprudence of the Supreme, there is no longer any reason for them not to recover their march.

Elizabeth Nash, an analyst at the Guttmacher Institute, a benchmark center for women’s reproductive rights in the United States, recalled in a conversation with this newspaper the case, in this mutating mosaic, of the States (five, according to her calculations: Alabama, Arizona , North Carolina, Michigan, and Wisconsin), which have laws written before the Roe v. Wade ruling. The most striking example is perhaps that of Michigan and its 1930 rule, which, if it were up to the Republican Party, which controls the Senate and the House of Representatives, would go into effect immediately. The governor, Democrat Gretchen Whitmer, and the attorney general are not about to let that happen. Whitmer’s position is at stake in the elections next November, an election for which her party, with President Joe Biden at the helm, is trying to get abortion into the campaign at all costs. The case of Pennsylvania is very similar.

In the next electoral appointment, the mid-term legislative elections, control of the Senate (which renews a third of its seats), as well as that of the entire House of Representatives, is also at stake. Democrats hope that Friday’s ruling, Dobbs v. Jackon’s Women’s Health Organization, named for the Mississippi clinic that sued their state over a law setting the legal termination of pregnancy at 15 weeks, will mobilize their base and convert the undecided.

One of the possibilities to reverse this regressive wave is to guarantee the right to abortion by law, but for that a majority of 60 of the 100 seats in the Senate is needed, from which today they are very far (and much would have to happen in these months for things to paint differently in November). The Republican Party, for its part, has already warned (through the mouth of former Vice President Mike Pence) that its plans are also legislatively ensuring what has been achieved by putting judges of its kind in the Supreme Court (three, only during the time in which Pence was in the position of second in command of Donald Trump).

Emboldened by their latest triumph, prominent leaders of the anti-abortion movement have already warned of their next goal: to impose bans on the half of the country that does not intend to restrict access to abortion for its citizens. In total, there are 20 states (plus the city of Washington), from Alaska to California, and from Nevada to New Hampshire, in which this is beyond doubt. Many of those places, like Illinois, which has remained on the map like a drop of oil in an anti-abortion puddle, have prepared themselves to receive an avalanche of patients from neighboring states. The next frontier for prohibitionists, warns legal historian Mary Ziegler of the University of California at Davis, is that the new laws may also persecute those interstate travelers, as well as the purchase of abortion pills, which, despite carrying risks, they will become the only way out for many Americans, especially those with low incomes.

Clinics in cities such as Montgomery (Alabama) or Sioux Falls (South Dakota) have already announced that they are closing. Others, like Jackson’s, which is at the origin of the commotion, move to another state to continue working. Gabriela Benazar Acosta, representative of Planned Parenthood, perhaps the most famous association in defense of abortion in the United States, whose headquarters are divided between New York and Washington and has some forty branches throughout the country, explained this Friday that in its Plans do not include closing health centers: “We don’t just offer abortions. Prenatal and sexually transmitted disease treatments will continue, as well as the supply of contraceptives.”

They also plan to reinforce the clinics that will foreseeably see their task redoubled to attend to all the patients arriving from other states. According to a study by the Guttmacher Institute, which calculates that for the first time in three decades the number of interventions has grown in the United States (9.8% between 2017 and 2020, from 862,320 to 930,160), a Texas woman who wants an abortion will have that will have to make a trip of 870 kilometers on average. If she lives in Louisiana, that distance amounts to 1,070 kilometers. And if she lives in Mississippi, she will have to travel 500 miles.