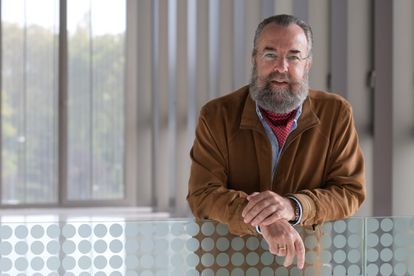 Javier Tourón (Vigo, 70 years old), professor emeritus at UNIR, is one of the leading researchers in Spain in the field of high capacities. Tourón describes a panorama of growing interest in the matter, but in which confusion, lack of coordination and old prejudices still reign. He explains that the academy long ago left behind a “very monolithic, unitary” vision, expressed by a figure, that of the IQ, to adopt a much “more global one, where the differential capacities or aptitudes of the person are taken into account”, but also environmental factors and the so-called soft skills, those soft skills that have to do with motivation or determination. Tourón answers questions from EL PAÍS by videoconference.

Ask. What are high capacities?

Response. When we talk about capabilities in people, as it seems common sense, we talk about an evolutionary process. In other words, capabilities are aptitudes that people initially have, but that have to be converted into talent when applied to specific fields of activity. What, then, mediates between ability or aptitude and talent or competence? Education, work. That is why it is very important to understand that people are not highly gifted —before they were called, incorrectly, I think, gifted—, but that they have outstanding abilities, and to varying degrees, that are in the process of being developed.

Q. What common characteristics can be a sign of high capacities?

A. Children, the greater their capacity, the greater their aptitude, tend to be more precocious. They are usually precocious readers, they ask questions that are inappropriate for their age, they have a great motivation to know all kinds of things, that is, about the cosmos, the universe, life, death, the existence of God, the world , of good… And they have a great motivation and a great concentration on the issues that interest them, unbecoming of small children, and a great capacity for relationships, for overviews. They are also usually very sensitive people who immediately detect the attitude towards them of the adults, or other children, around them.

P. But they also have very different characteristics.

A. High capacities are evolutionary and multidimensional. There are very different patterns. They may have highly developed abilities in quantitative reasoning or verbal reasoning, or both, or they may have very high spatial vision… I mean, there are children who can be very good at robotics and useless at throwing a ball or at topics language or science, or whatever. Then there are non-cognitive aspects of intellectual endowment that are very important, such as optimism, courage, romance with discipline, sensitivity to human concerns, physical energy…

Q. Is there an international academic consensus around these ideas? And is it reflected in how the Spanish administrations deal with the matter?

R. There is international consensus, yes. But the administration gives him quite the back. There is no agreement, no definition in Spain that is refined and that is written somewhere. Some communities legislate on the understanding that for a child to be entitled to a differential measure or differential attention, they must have excellent performance in all subjects, which is confusing ability with performance. [de hecho, los niños con altas capacidades no tienen por qué sacar buenas notas]. They are being used in some cases to identify tools that are not identification —such as the three-ring model— or specific intelligence tests with a cut-off point that can be, for example, 130 IQ. This, today, is not supported for several reasons, among them, because the intelligence quotient is a unique synthesis score and trying to reduce all the complex reality of the abilities to a cut-off point is completely absurd.

P. And that leaves many people out?

R. There are approximately 8.2 million students in the non-university education system and we have identified – let’s assume that correctly, which is a lot to assume – 40,916 with high abilities, according to the Ministry of Education. That means they are 0.5%. But when do we need to start differentiating educational intervention? Some authors say that it should be at least 15% or 20% higher. But let’s set a more modest target, 10% or 5%. In that case, roughly, I would say that between 90% and 98% of the students who presumably need differential attention based on their ability are still undetected. This is the most serious problem that we have right now in the educational system, because the identification is being taken in a reactive way. That is, when a child raises a problem, perhaps a teacher asks the counselor to try to do some kind of evaluation. My approach is completely different: all schools should be obliged to assess the ability of all their students, all of them, to try to adapt the curriculum to the learning speeds and educational needs that derive from those abilities.

P. Because you insist that the work of the school in these cases is fundamental.

A. The development of talent is the result of putting one’s personal aptitudes to work and, for this, adequate systematic intervention must be given by the school. Extracurricular activities, the family, obviously, have their role, but the biggest problem, for me, is at school, because the child spends eight hours a day and that is where we have to make an effort to think about singular development . And the great difficulty is that the school is organized according to age, not ability and competence, therefore, it assumes a principle that is difficult to sustain: that all children of the same age have the same educational needs. Or that all children of the same age, so to speak, can wear shoes of the same size. This is not like this. Children, depending on their ability, have different learning speeds and different needs. There are many studies, especially in the United States, that show that many children dominate, before starting the course, 80% of the curriculum they have to face. Either we offer them a more complex or enriched curriculum in some way, or they are simply wasting their time. And that takes them many times to say: “Mom, I don’t want to go to school, I already know what the lady teaches.” A well-known author, Julian Stanley, said that children should only be taught what they do not know.

Q. What should the school do then?

A. First, evaluate the curricular competence of your students, of all of them. Some will have deficits, others will go according to plan and others will go out of the norm. Because let’s not forget that the average student does not exist. The average student is an abstraction; the teacher who wants to educate the average student is trying to educate an entelechy. And then, specific intellectual abilities and soft skills must be determined, such as will, motivation, interests, other personality traits, learning preferences… From there, it is about offering each student what is best for them. suitable for the development of its potential. And personalizing learning is good for gifted kids and everyone else. In fact, teachers, when they have students with difficulties, what do they do? Adjust to their deficits with curricular adaptations or with support teachers, a whole series of measures that should, for the same reason, be applied equally with children who have more capacity. It is about turning schools into talent development environments, not into places where everyone is treated the same. For an elementary reason: people are different and we need differential educational treatment.

P. And what happens if the boys and girls with high capacities are not adequately attended?

A. Human capital is the most important in any country, so not paying attention to highly capable people – who are ultimately the ones who will have the possibility of producing great advances in science, in letters, in the arts, et cetera—means the loss of his potential talent. But, in addition, the affective and emotional drama that these children experience at school is extraordinary. They suffer a wear and tear that can sometimes translate into disorders of different severity and of a different nature: emotional, psychological… And it also entails a huge drama for those parents who see that they have to be constantly fighting and struggling with a school that is not willing to attend to diversity, no matter how much they say yes. For example, we have seen that gifted children suffer twice as much bullying as the rest, because they are seen as different. The school has to teach us to accept and respect the diversity of people: some play soccer well, others are very good in mathematics, others fantastic in chemistry, others in literature and others we are ordinary in everything and do what we can.

In the direction of the tip of bronchiolitis: new medicine might make the present wave the final to hit Spanish infants

The silence of Cardinal Omella

What can I do if the heat scorches my crop?