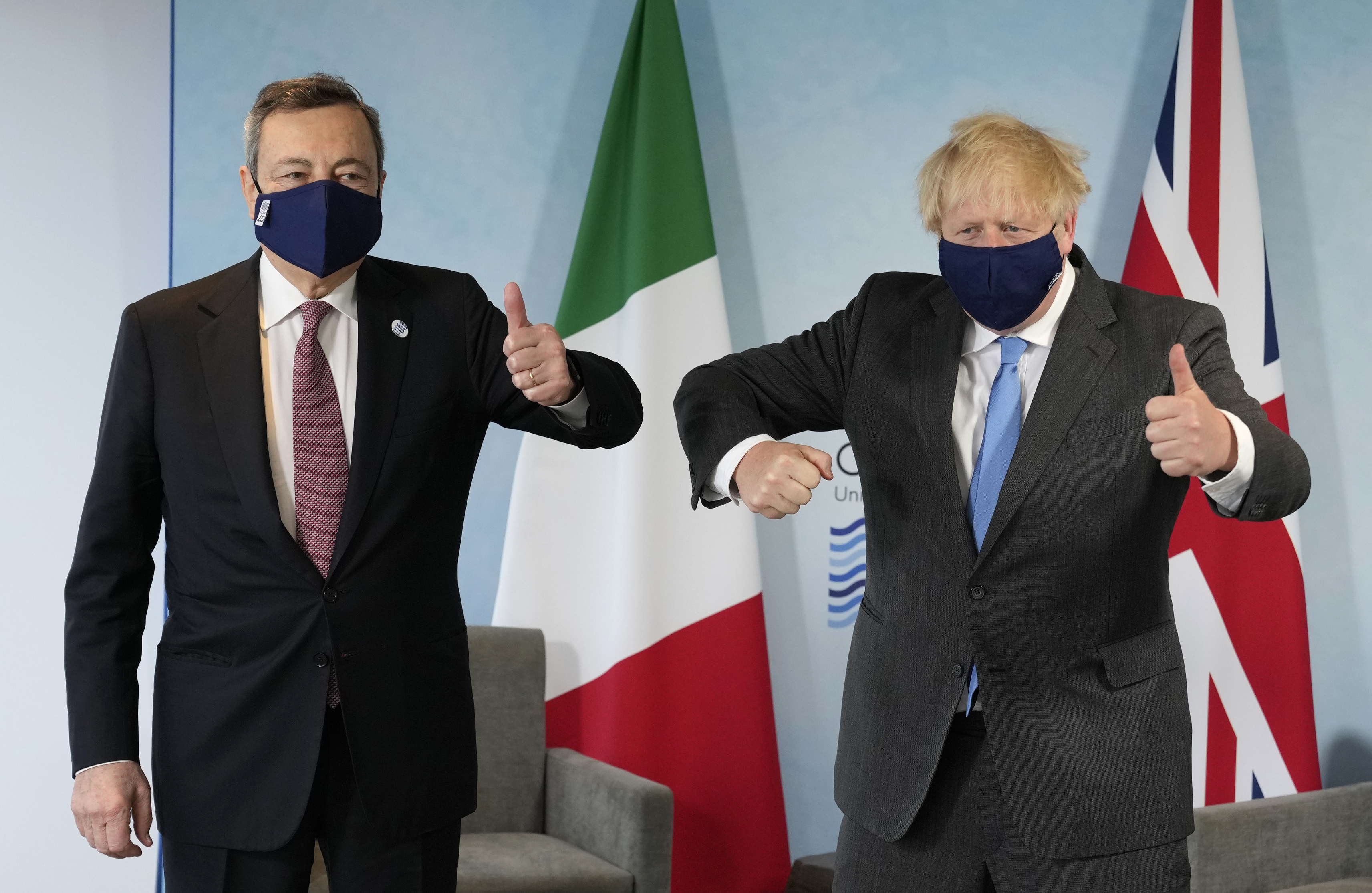 The collection power will probably end up being less than desired, but the political and economic message is strong. With energy markets on fire and consumers facing skyrocketing bills, two of Europe’s biggest countries – the UK and Italy – have respectively launched and increased specific levies on the windfall profits of energy companies in recent weeks. , those derived from the brutal rise in gas, oil and electricity prices. They are not alone: ​​Greece and Hungary have also followed this path. In the second case, also putting companies from other sectors, such as banks and insurance companies, into the sack.

The symbology is especially significant due to the political color of the Executives who have taken the step. Two of the four countries that have taken the step (the United Kingdom and Greece) are governed by conservative parties; another (Hungary), for an ultraconservative formation; while the Italian Government is commanded by the liberal Mario Draghi. Nothing suspicious, therefore, of an excessive intervention of the public sector or of going against the postulates of the free market.

“It is a necessary measure: there is a distribution problem between consumers and companies, and, if we want to correct it, there is no other option”, says Natalia Fabra, professor of Economics at the Carlos III University of Madrid. “I would prefer other initiatives aimed at preventing these extraordinary benefits from being produced by electricity companies, but, as we have seen in Spain, these attempts face barriers to their implementation. In addition, the prosecutor seems the only possible way to also include the oil and gas companies, ”she says by phone.

Among the great names of the Old Continent, Italy has been one of the most agile in applying a specific tax on the extraordinary benefits of energy companies. Draghi’s Executive launched a 10% tax in March, which was raised a month later to 25%. The objective: to help finance the aid package for consumers and companies worth 14,000 million euros approved to contain the escalation of electricity and fuel.

The Italian measure is retroactive: it affects the period from October 2021 – when the price explosion was already a fact – to April of this year. Analysts, however, estimate that it will have a limited impact on the accounts of energy companies. The affected companies have a disbursement of between 10 and 30 million euros each for this concept, a figure that the private investment bank Equita raises to a range of between 25 and 75 million. In both cases, they are very low amounts compared to the millionaire profits in the sector: the country’s largest electricity company, Enel, earned 1,430 million euros in the first quarter of 2022 alone, 22% more than in the same period of the previous year. The oil giant Eni recorded, for its part, a profit of almost 3,600 million, more than four times more than a year earlier.

Although ironing out the impact of the measure on its income statement, the sector has taken up arms against the Government, which defends the rate as “a solidarity contribution”. For the energy companies – which will be able to pay the rates in two easy installments: 40% in June and the remaining 60% in November – it is “an unfair and punitive measure that, in addition, creates a strongly negative signal regarding to the energy transition and renewable technologies”, as the main energy associations of the country, which includes companies, public companies and producers and operators from all fields, from oil to renewable energies, have protested in a joint statement.

Last week, the British Chancellor of the Exchequer had to resort to a euphemism to try to disguise what was clearly a swerve by the Boris Johnson government. Rishi Sunak announced a “final and temporary tax on energy benefits” of 25%. He was reluctant to call by name what the Labor opposition had been calling for for six months: a windfall tax, or tax on “profits from heaven”, according to the jargon of economists, to tax extraordinary profits obtained by oil companies and gas.

Downing Street expressed until the last minute its opposition to a measure that, according to Johnson’s economic team, would penalize the necessary investment to gain energy independence. “We don’t want to do it, we don’t like it,” Johnson had proclaimed a week earlier in the House of Commons in response to reproaches from the opposition. “The oil companies intend to invest more than 80,000 million euros in our country in the coming years, and they already pay a tax rate of 40%”.

The cost-of-living crisis, with which Labor leader Keir Starmer mercilessly hammers Johnson every week; runaway inflation; and the risky tightrope on which the prime minister walks at the expense of the Downing Street party scandal during the pandemic, have led the conservative politician to star in his umpteenth political turn. “The oil and gas sectors are making windfall profits, not as a result of taking more risks, or increasing their innovation or efficiency, but because of the global increase in the price of raw materials, due in part to the war launched by Russia Sunak explained. The minister also promised to analyze “urgently” the excess profits also obtained by electricity generating companies, which he also pointed out as beneficiaries of the current situation. In his case, however, he did not want to clarify what tax rate he contemplates.

Since the time of former Conservative Prime Minister Theresa May, domestic energy consumption in the UK has been capped on average per household. It is called the energy price cap and is reviewed twice a year, in April and October. The British energy regulator, Ofgem, has already anticipated a rise of almost 900 euros in October, which will place the average cost per household at more than 3,200 euros per year. For this reason, together with the tax on extraordinary benefits, Sunak announced aid of between 500 and 700 euros for the most vulnerable households. The income for the public coffers is estimated at more than 5,800 million euros, but the main critics of the measure point out that the hasty calculations of the ministry did not estimate all the deductions that the large energy companies could achieve.

To soften the criticism from the sector (and from the employers, who have lashed out at the Government), the minister has in turn promised tax deductions of up to 80% for all investments made in new gas and oil extraction in the United Kingdom. Large companies such as BP or Shell, which in their day bet heavily on the North Sea deposits, now barely have 10% of their activity in farms that they consider written off. They are medium-sized companies, such as Harbor Energy, Serica Energy or EnQuest, which have already calculated that the new rate will mean paying close to 3,500 million euros. The consultant Wood Mackenzie found last week in a report how the oil and gas companies operating in the North Sea are achieving “more profits than ever before, in an era in which the industry is in a phase of progressive decline.”

Profile | Angelo Sodano, when the devil wears a cassock