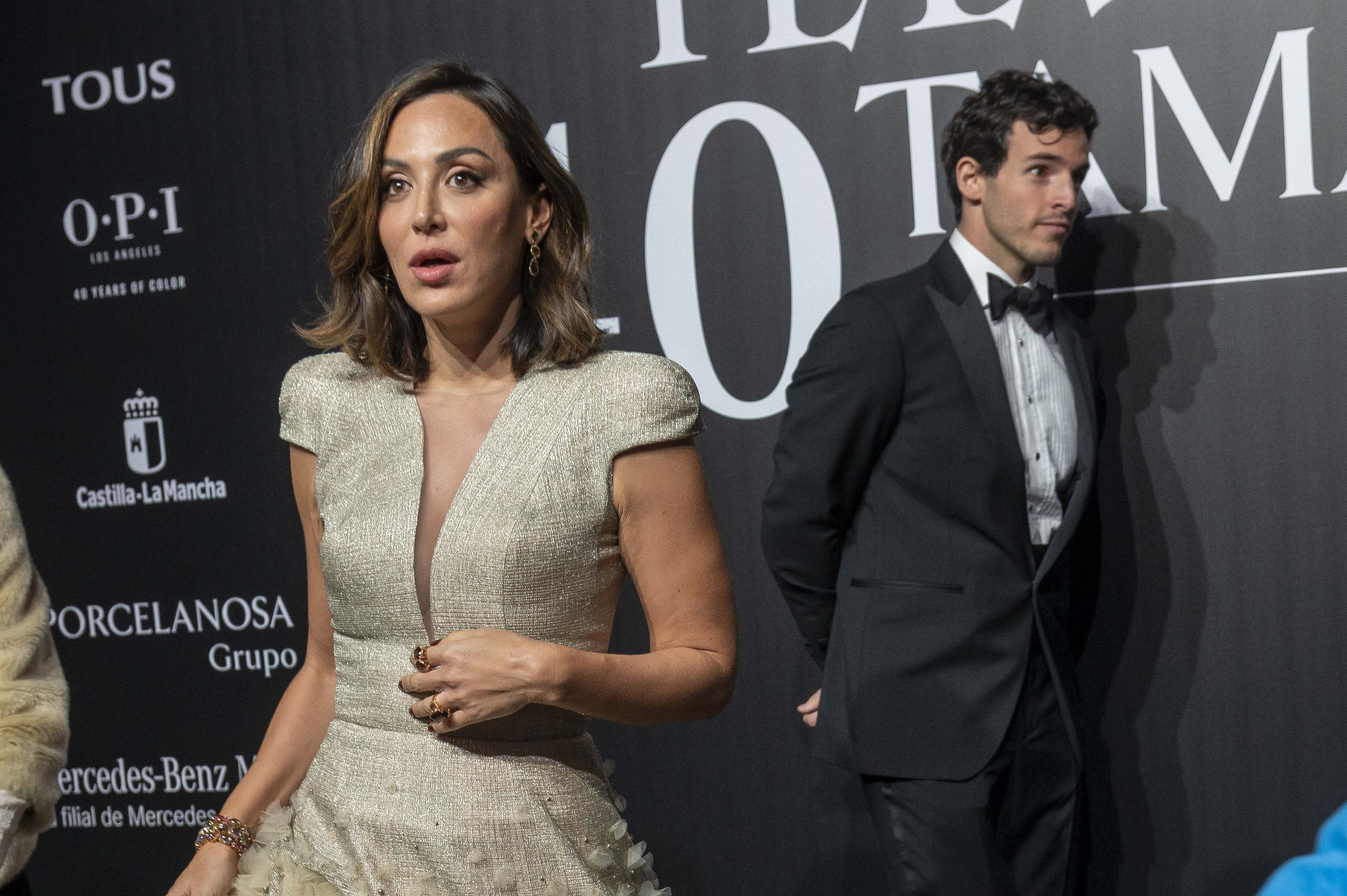 Tamara Falcó has deleted from her Instagram account the photograph with which last Thursday, September 22, she made her engagement to Íñigo Onieva public. Just two days ago, she announced her upcoming wedding with the nightlife businessman with an image in which she wore a ring to her 1.3 million followers. This Saturday, she has deleted her publication after the accusations of infidelity of her fiancé after a video was made public in which she was seen kissing another woman. In the publication, the Marchioness of Griñón mentioned San Pablo and she defined herself as “the luckiest woman in the world”. The photo also showed the happy couple kissing and showing off an engagement ring, worth €14,500. And this same Friday both assured that the wedding plans were going ahead.

The daughter of Isabel Preysler and Carlos Falcó, 40, had also communicated her next link hours before on the program El Hormiguero on Antena 3, of which she is a regular contributor. During her participation, she even pointed out the date, June 17, 2023, and her place: the El Rincón estate that she inherited after the death of her father. She seemed very excited and happy. But 48 hours have been enough for many things to happen in the life of the couple. The deletion of the publication has sparked many rumors focused mainly on a single point: will there finally be a wedding?

The publication of a video of Onieva, 33, kissing another woman during a festival 24 hours after the announcement of the commitment seems to have been the trigger for Falcó’s anger. The images have generated a lot of commotion these days and even Onieva has had to make some statements about it. The businessman explained that the images were not recent: “They are from 2019, before we met,” he explained this Friday to several paparazzi. And he claimed that he had never been unfaithful to the also winner of MasterChef Celebrity. “I love Tamara madly and we are going to get married despite whoever weighs her”, he stressed while they both went to a link holding hands. In addition, he lamented that “invented things are always being brought out” and there are people who want to “destroy the relationship.” When asked by journalists, Falcó claimed to have the support of the family “one hundred percent”. “Our families are delighted with the news and saddened that this very special moment is being crushed,” he added. Falcó responded again, assuring that he trusted her fiancé, and saying that it had been his mother who had encouraged them to speak in the face of the commotion generated. “Tamara, would you forgive an infidelity”, then a journalist questions her. “Are we crazy or what? he replies.

The couple has been together for two years, since November 2020. The news of their courtship jumped after the publication of some photos of both walking through the streets of Madrid. Onieva was at that time a perfect unknown to the media and gossip magazines, but not so for the Madrid jet set among which the businessman moves. He is co-owner of premises such as Madrid’s Lula Club or the Tatel restaurant, with offices in the Spanish capital, Ibiza and Beverly Hills, among other tasks. Since the relationship was known, Onieva has been the focus for brands, something positive, but also for controversy.

According to the magazine Lecturas, Falcó has appeared this Sunday morning very angry and nervous in an image broadcast on the Telecinco program It’s already summer, in which she was seen confronting the press who were at the doors of her house, in a central Madrid street. Hours later, the program contacted the representative of the Marchioness of Griñón, who said she was very surprised by the decision of her representative to eliminate all traces of her commitment to Onieva. Of course, on her Instagram profile, Tamara Falcó maintains (at least for now) photos of the couple.

48 hours of confusion in the life of this couple in which it seems that everything has changed. As a result, Falcó has decided to delete the publication. A photo in which, moreover, he recounted his feelings towards Onieva very romantically: “I did tell you I did and I’ll leave it in writing so you never forget it.”