Sydney Possuelo: “The white man thinks he is smarter than the indigenous because he wears a shirt and pants” 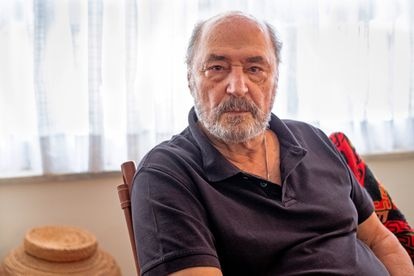 The explorer and indigenist Sydney Possuelo poses after the interview last Wednesday at his home in Brasilia. Paula Cinquetti

The Brazilian Sydney Possuelo (Santos Dumont, 82 years old) has spent a good part of his life deep in the jungle. He is an old-school indigenist, the best-known and most awarded explorer in his country. He is still active and in enviable form. In his apartment in Brasilia, several figures of Don Quixote share space with beautiful necklaces and indigenous combs. Next to the sofa, the book How Democracies Die. We spoke while indigenous expert Bruno Pereira and journalist Dom Phillips are still missing in the Amazon, hours before their bodies were found on Wednesday. His son Orlando, the only one of the seven who has followed in his footsteps, coordinated the search.

Ask. How is the area?

Response. For Orlando and me, it’s our environment. But when we enter the jungle, the indigenous people guide us because they know everything in detail. It is difficult because of its extension, but they look for them in a stretch of about 10 square kilometers where the river makes eight or ten turns. You trace the central channel, the banks, bends, channels… There was an initial inertia (of the authorities). Orlando expected them to arrive (Pereira and Phillips) at ten o’clock (Sunday the 5th). Since they didn’t show up, he went out with an indigenous group to see if their engine had broken.

Q. You know that region very well, the Yavarí Valley. He made an expedition of 76 days.

R. It was 110 days, not 76. I had closed the valley, we vetoed fishing, hunting, logging to stop the invasions. It was a success. We wanted to train the indigenous people so that they would be vigilant. Two-thirds of my men were indigenous, one-third white. One day a group of 8-10 people with family passed by; time later, a second group and then a third. And I thought: ‘Are these people entering the area of ​​the archer Indians? Will they have faced each other?’. We fly over the area, but you don’t see anything, just a green carpet and it seems that everything is fine down there.

Q. And they undertook the expedition.

R. We entered in boats, we found a drug trafficker’s landing strip that he no longer used. We switched to smaller motorboats and started walking towards the area frequented by archers. I had the GPS coordinates of the maloca (communal hut). We’re approaching four kilometers. We look for traces of violence or that the whites had passed through there. We found many marks, but they were from archers. To return we built two canoes. Outside the indigenous land, I ran into a mining raft and confiscated it. It caused a lot of environmental damage.

Q. Your trade was called sertanista (in Portuguese), now they are called indigenistas.

Q. From your generation to Pereira’s, have the dangers changed much?

A. I started when I was 17 years old, with the Vilas Boas brothers. Now there are the same dangers, but exacerbated by the protection of the State, the President of the Republic, the invaders of land, those who destroy the environment. The worst thing is that he has transformed the institutions for the defense of fauna, flora and indigenous people into institutions contrary to those interests. The environment and the indigenous people are the most affected by these four years of (Jair) Bolsonaro. Never in history has the Government taken such actions contrary to the indigenous peoples. I mention a lot a statement by Bolsonaro, who said that “the North American cavalry did a great job of killing all the indigenous people. They no longer have that problem. Here, in Brazil, the cavalry didn’t do their job because they didn’t kill everyone.” It is a mockery and an aggression.

P. You returned the indigenous merit medal in March, when Bolsonaro awarded it to himself.

A. I had it for 35 years. That was a slap in the face to the indigenous peoples. The medal is for those who dedicate their lives to demarcating land, health, education, those who defend them, not a man who has been against them all his life. It was a pantomime. She co-opted some indigenous people to give her an air of truthfulness.

Q. Why protect the indigenous?

R. Because since we arrived here the whites, the Western Christian society, move in a permanent search for land, goods, minerals, wealth and profit. Especially profit.

Q. Is it important to work in the jungle and in offices?

R. I think they complement each other. I was president of Funai (the National Indian Foundation, created to protect the natives) for two years, they took me out of the jungle to come to Brasilia. People do not know that demarcating indigenous lands requires reports from ethnologists, anthropologists, sertanistas and various technicians. You have to prove that they inhabited the earth, for how many years, that they did not leave it. People talk about them as if they had no history. Simply because they don’t have books or go naked. The target looks at him with superiority, he thinks he’s smarter because he’s wearing pants and a shirt. It is a distorted view. Whites also greet each other civilly at the UN and then bomb each other.

Q. What is your happiest moment in the jungle, with the indigenous people?

A. Look, I’m going to be very honest. My moments of complete happiness did not depend on other people, neither white nor Indian. It is an internal state.

Q. What is the reason for such a strong connection with the tropical forest?

A. Look, the jungle is not easy, especially because I’m from the city. You need reasons other than those that move those from the city, eat well, sleep well, a warm bath, those comforts. Because the expeditions are months without that. People think that taking a plane, then a boat, visiting an indigenous community and coming back is an expedition. That for us is a ride. Another thing is to live and survive with what nature offers you, a serious matter.

From Lladró to 'design thinking': How Valencia has managed to become the World Design Capital