Supermarkets mark distances with Yolanda Díaz’s shopping basket: “It does not solve the price problem” 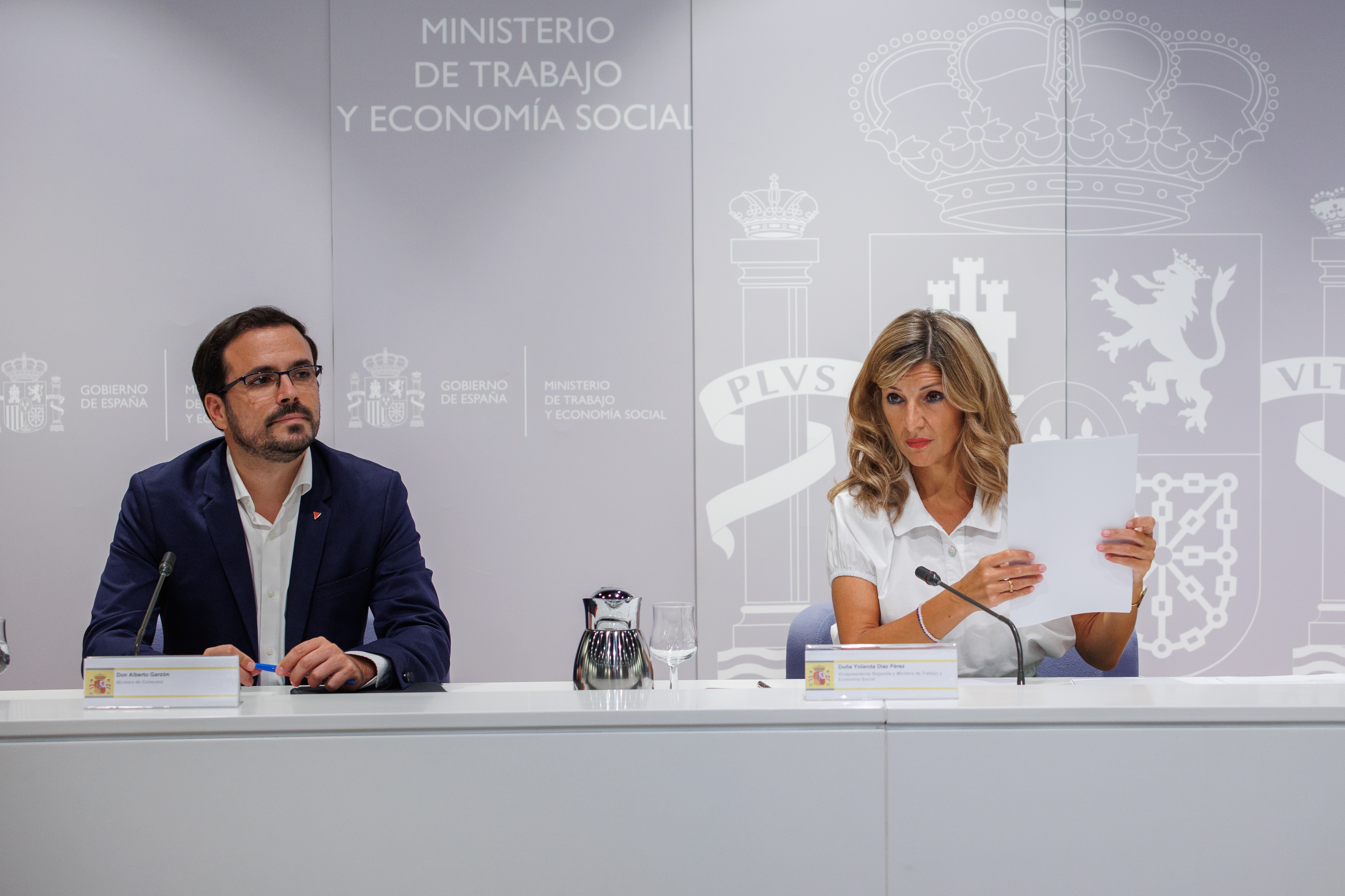 The large food distribution chains have distanced themselves from the proposal of the Second Vice President of the Government and Minister of Labor, Yolanda Díaz, to create a basic shopping basket that alleviates the impact of inflation on consumers. The meeting held this Monday between the minister and the representatives of the employers’ associations that represent companies such as Mercadona, Alcampo or Lidl and with consumer organizations has ended without an agreement. “We do not consider it to be a useful measure to solve the problems that trade and the CPI for food have today,” warned Ignacio García Magarzo, general director of Asedas, which represents Mercadona, Lidl, Dia and regional supermarkets such as Salvamas and Condis. For her part, the minister has referred to the meeting as “a very constructive first contact”, and has summoned the attendees to a new meeting in the coming days.

The three convened employers – in addition to Asedas were Anged (El Corte Inglés and Alcampo, among other companies) and ACES (Eroski or Carrefour) – have questioned the idea promoted by Díaz for the large distribution firms to prepare a basic basket that, for a few months, include a variety of foods and frozen prices. The idea has generated friction within the Government and infuriated the Spanish Confederation of Commerce and the self-employed association ATA, which considers that it encourages consumption in large areas.

The distribution sector, on the other hand, advocates a reduction in VAT, a measure that they consider more efficient. “It would be possible to review which products that support a VAT of 21% could go to 10%, which products that support 10% can go to 4%, and even basic necessities that could be exempt from VAT as it did for a few months. Germany in 2020″, stated García Magarzo. The great distribution defends the increase of the collection for this tax for the rise in prices should benefit the users.

In a more optimistic tone than that of the companies, the Minister of Labor affirmed after the meeting, which lasted a little over an hour, that large companies have enough margin and profits to prepare the basket that she proposes and that, she insisted, it must include fresh products, such as meat, fish, fruit, vegetables, dairy products and eggs. “Our proposal is the same as the one we explained last week: it is a legal measure that consists of a basic, quality shopping basket, made up of products that guarantee healthy eating and that is available until after Christmas”, he said at a news conference after the match.

But the companies question whether the measure is legal from the point of view of competition, according to Aurelio del Pino, president of Aces. “We understand that the legal framework does not allow agreements to be reached between companies on prices,” he said. A few days ago, the National Commission of the Competition Market warned, in a similar line, that any agreement between operators to set maximum prices on some foods is prohibited by law. These measures can “carry a strengthening of the large market operators to the detriment of the rest, with long-term negative effects on the competitive structure and, therefore, on consumers”.

Asked about it, and about the detrimental impact on small businesses, Díaz has stated that he considers that these measures go against neighborhood stores and has assured that the Commerce Law allows “exceptional measures” to be taken at “exceptional” times, such as be the current However, she has pointed out: “It is not what we are proposing.”

The sector considers, however, that it is already making “enormous” efforts to contain prices and that it already offers an affordable shopping basket, according to the executive vice president of Anged, Javier Millán-Astray, in statements to journalists after the meeting at the headquarters of the Ministry of Labor in Madrid. Millán-Astray said that he has conveyed to the minister his concern about the image that is being projected in the commercial distribution sector, “that he has absolutely nothing to do with reality.” “There is no data that shows that there is abnormal behavior on the part of the distribution, quite the opposite,” he added. According to Anged, while the increase in the average prices of the industry has grown by 12.6% in the last year, that of distribution has grown by around 7%, even below the general CPI, which in August stood at in 10.4%.

The rise in energy costs has been used by the large distribution, which claims to work with narrow net commercial margins of 1% and 2%, as the main cause of the price increase. The employers have given as an example the case of a firm in the sector (the name has not been disclosed) whose energy bill “is going to eat up triple last year’s profits”, said García Magarzo, who has asked the Government to consider the sector as electro-intensive so that it also receives public support, and that it helps the most vulnerable consumers with policies specifically aimed at them.

Regarding the offer launched this Monday by Carrefour, with 30 products with prices frozen until January but which does not include fresh, the minister pointed out that the French company prepared the promotion before meeting with her and with the Minister of Consumption, Alberto Garzón, the last week, and that he promised to study the possibility of adding fresh produce. “It has agreed to assess the proposal we made, that they take it into account, and they have committed to studying it,” according to Díaz.

Garzón described the meeting as “cordial”. “We believe that the big companies can make an effort, as they have already shown in the past,” referring to the pandemic and the transport strikes, when supply was guaranteed, except for some products that were in short supply. “We are not going to assess what is included in the commercial offers of companies, but we are going to present them with a guide so that they take into account a basket that is healthy,” he added.

Goldman Sachs will start a round of layoffs next week