Spain is made of gold: Eurobasket champion 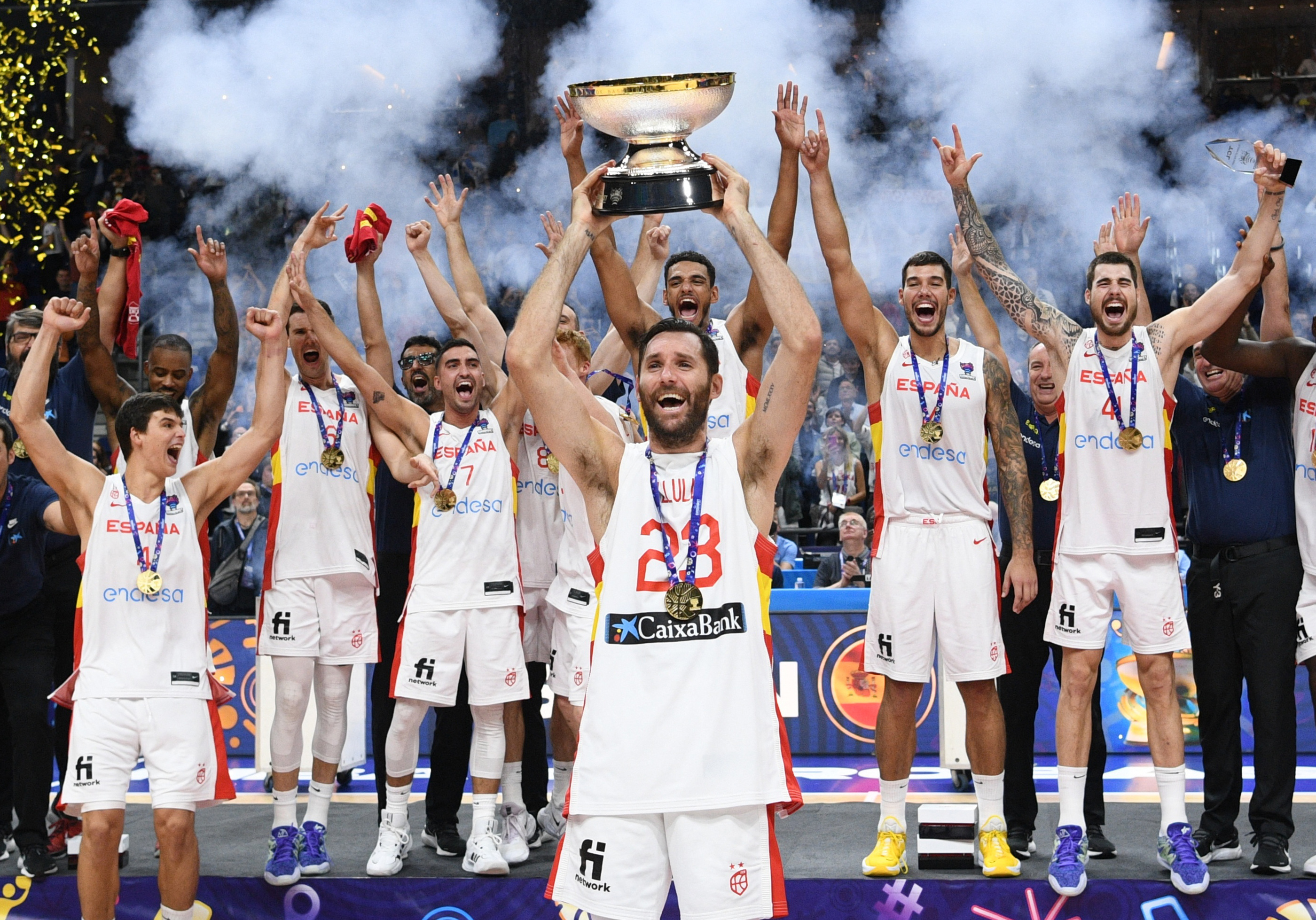 The Eurobasket of the stars was conquered by a gold team. A great team, Spain, author of an exhibition for eternity, memorable and moving. Scariolo’s team swept France (88-76) with a demonstration of professional basketball, solidarity, all as one, no one even one iota above their teammate. The group that appeared in the tournament to film an accelerated generational change, with seven debutants in a great event, signed one of the greatest feats of Spanish sport, the fourth continental throne, the 14th medal in this century. The names of the 12 from Berlin are already part of the history of a long chain of successes, an inexhaustible source

Spain was Spain from start to finish, faithful to its genetics. Scariolo’s plan was to move the ball around the perimeter, away from Gobert’s huge hands. Collet’s, poke inside. The French tower took a free kick from Willy at 15 seconds and the Spaniard responded with a much more mobile game: he still sent him out of his comfort zone, walking around the perimeter, looking for him in the melee under the hoop . From that tuteo Spain got the first income because France failed the resource of the triple and, on the other hand, Jaime Fernández was right. The escort multiplied with three steals in defense. Nor did the team miss a free kick and not even Heurtel woke up the French team (14-5).

Scariolo kept the fever by shaking the bench. Other men, same idea. The muscle was from France. Basketball, from Spain. The first dart of three was not signed by the Gauls until the sixth attempt, via Heurtel, but Rudy answered the following attack (23-14 at the end of the first quarter).

From the truce emerged a Spain in a state of excitement. Scariolo’s set was cement below and a lot of voltage above. There emerged imperial Juancho Hernangómez. One, two, three, four, five, six triples in a row, without failure, chained the Raptors power forward. He was a player in a trance and a team of a thousand hands in the trenches. The area of ​​France was blown up, dynamited over and over again by the youngest of the Hernangómez.

Spain moved and moved the ball until they found the free man, more than once with the target in the last second of possession. In the opposite basket, another script. France did not find a tile available on the perimeter and the supply routes to Gobert were closed. The horn sounded for the French team and the ball was still in their hands. The omnipresent Juancho was also ahead of the game for stealing and running, just like Professor Brown. There was only one team in the Mercedes-Benz Arena (35-16, 41-22, 47-26). Spain danced with a 21-point advantage, so plugged in that even Willy took a basket and personal from the colossus Gobert. But France has a thousand lives. It was miraculously saved against Turkey in the round of 16 and Italy in the quarterfinals, and a couple of hasty plays by the national team and Fournier’s wrist drew a 0-11 run before the break (47-37).

France began to defend with the knife between his teeth. She came from behind the Gallic team like a locomotive. Yabusele chained seven points with shots from medium distance and the temperature soared in Berlin. If this was a test of maturity for the Spanish team, the team of seven debutants had already shown during the tournament that they have tons of character. Willy thrashed Gobert and Jaime Fernández oxygenated the troops with two triples, a steal from Heurtel and a counterattack (61-48). It was one of those moments of inspiration and outburst of one of the day laborers of this Spain of the relay. They all put stone on stone in a set without stardom or tolls. Spain regained control in a game already played at a thousand revolutions and with their hearts out of their chests. Okobo and Rudy met from the triple and Garuba blocked the French shooting guard with his soul. There were 10 minutes left and 66-57 promised emotions.

Fournier fanned the flames and an arbitration controversy added fuel to the fire. A triple by Rudy with 68-60 touched the rim, the rebound was caught by Garuba and the clock ran out instead of returning to the legal 14 seconds after the offensive capture. Scariolo charged with a technique between the complaints, but Spain remained calm. It was ice and fire. Juancho returned to get oil from the triple (73-63), Lorenzo Brown managed his team with the serenity of a surgeon and Alberto Díaz, Alberto Díaz again, appeared with a steal and two terminal triples. If someone had to symbolize the triumph of Spain, that was him. The poster of a guild and supportive Spain. Juancho was chosen the best of the match, and Willy the mvp of the tournament, part of the ideal quintet with Brown, Schröder, Gobert and Antetokounmpo. But above all and all, Spain, a great team of gold.

Rudy equals the 11 medals of Pau Gasol, to one of Laia Palau