Spain is lost in the corners

At noon, the narrow alleys of the Zaragoza Tube reflected the boil of the 19 years that the Spanish team had not set foot in the capital tomorrow. The terraces dyed red anticipated the full stands that La Romareda wore. There, at the foot of the stands, Luis Enrique signed autographs and clapped hands with dazzled kids who longed for the start of the match. For this, the Spanish coach chose to play without a reference nine. He repeated the formula of the Euro Cup semi-final with Italy at Wembley and lined up three wingers, Ferran Torres on the right, Sarabia on the left and Marco Asensio as nine liars. 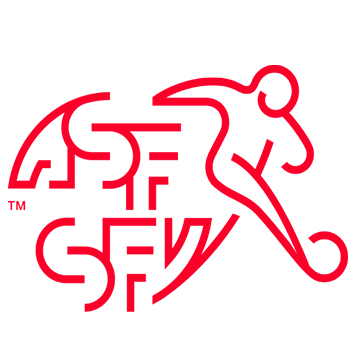 Nothing to do in the first half with that game played by Oyarzabal, Dani Olmo and Ferrán himself in London. Last night, for the first time in the 17 Nations League games they have played, Spain was left without finishing on goal. On the few occasions that Ferran and Sarabia managed to cross, there was no pure finisher. Nor did Pedri and Gavi appear from the second line. The statistics of the offensive ineffectiveness of the Red revealed a flat team and opened the debate on whether three players who are not starters in their teams have enough spark to disarm a team as well sewn behind as Switzerland with two central defenders like they are Akanji and Elvedi The songs of La Romareda claiming Borja Iglesias also confirmed the Spanish offensive desert.

From the nullity of that forward, the focus shifted to defensive weakness in set pieces. Part of Luis Enrique’s work in his eagerness to perfect the team has been aimed at improving the defense of the lateral centers. His intention was to reinforce the active brands and the anticipations in the face of some problems that he had detected. Akanji’s goal blew up the slogans of the Asturian coach. The City center-back prevailed first in the body to gain position and then rose easily above Azpilicueta to bite the ball with a header. The fast and high rebound exceeded Unai Simón’s stretch.

The same problem was seen in the next four corner kicks that Switzerland launched almost in succession. The ball was passed around the edge of the small area without Unai Simón, Eric García, or Pau Torres prevailing. The Asturian coach still has work to do, which was also appreciated in Switzerland’s second goal. Again it was Akanji who broke the Spanish mixed defense on corner kicks. They blocked him and he started from the far post to anticipate at the first. His touch with the inside ended up pushing Embolo over the goal line.

The goal was a setback for Spain because they had just equalized with the only great flash offered by Marco Asensio, with a courageous turn and driving to assist Jordi Alba. All in all, Luis Enrique cleaned up the attacking hat-trick for which he had opted at game time. The stands welcomed Borja Iglesias and warmed up fellow debutant Nico Williams, there are already 31 with Luis Enrique, and Yeremi Pino. The “yes you can” flooded the atmosphere while a blanket of water forced the fans to cover their heads with the flags. Luis Enrique, standing up, was more active and vehement in his gestures than in the first half. Spain finished with Unai Simón going up to finish off the last corner kick. Just the set in which Spain lost the match. The second time it has been defeated in its history against Switzerland. The other was in the first match of the World Cup phase in South Africa. It also meant Spain’s first defeat since November 2018 when they fell in Seville to England.

The setback forces Spain to win in Portugal if it wants to get into the final phase of the League of Nations that will be played in June 2023. And it will require a more refined Luis Enrique. Last night he must have felt that his soccer players needed a reinforcement. He went to the center of the field to encourage them and say goodbye to a fan who, 19 years later, experienced a defeat. “We have tried until the end, they close well, but we have had plenty of chances to draw”, explained the newcomer Borja Iglesias.

Luis Enrique pointed out his attackers for the inaccuracies of the first part. “I don’t remember as many technical failures from so many players as in the first half”, he lamented at the end of the game.

“A barbecue with the King”: the most recent response on the connection between Gavi and Princess Leonor

Bitter land, chapter 122: Fikret makes an attempt towards the lifetime of this character

First teaser of ‘Mickey 17’, the movie by Bong Joon-ho and Robert Pattinson