Spain is infinite: beat Germany in Berlin and reach the Eurobasket final 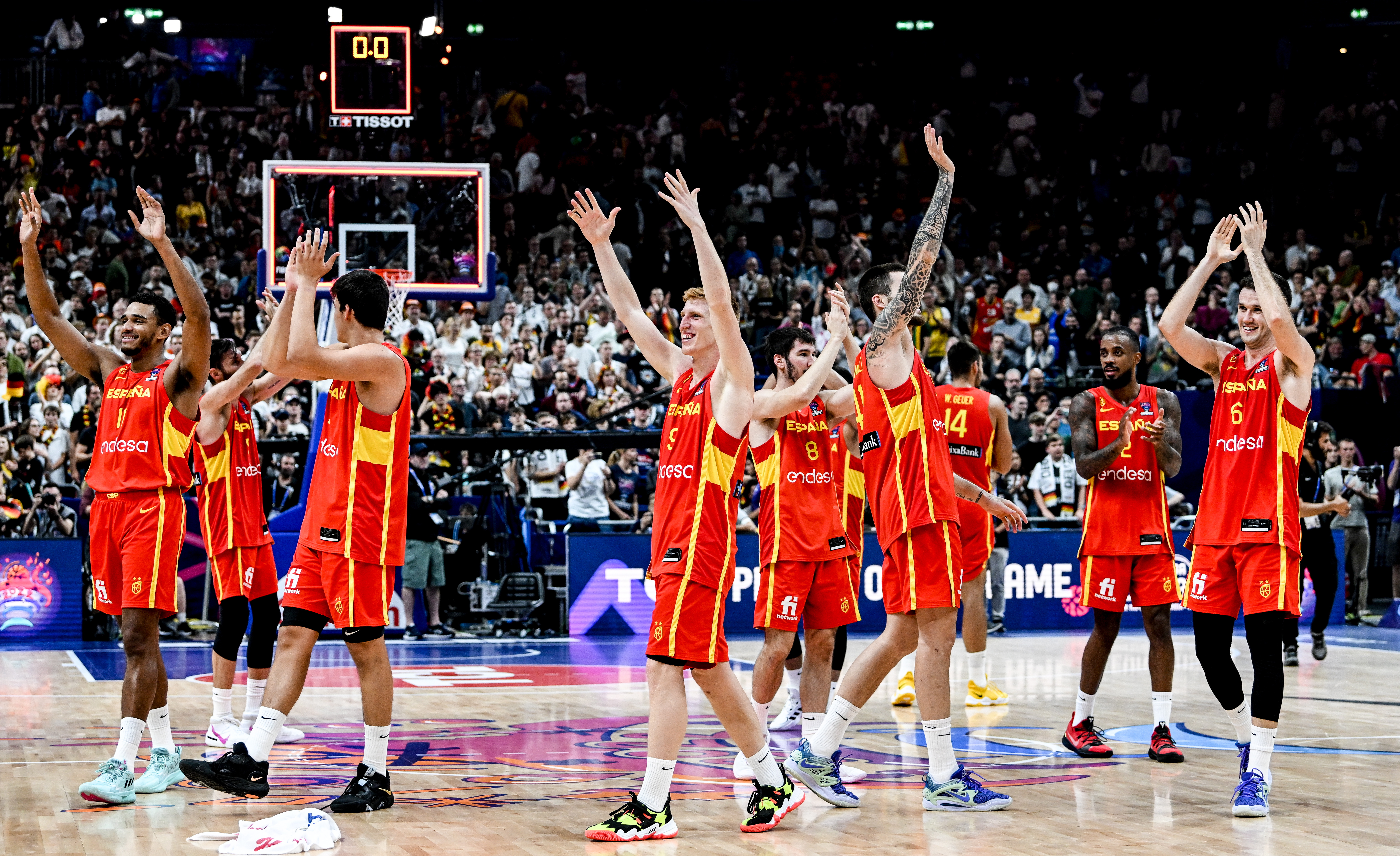 Spain wins and wins. There is no generational change that is worth in a team that has victory tattooed on its skin. It doesn’t matter if the Gasol brothers, Navarro and Ricky Rubio enlist, as do Lorenzo Brown, Alberto Díaz and Usman Garuba. Spain is an idea, a matter of faith and a lot of basketball. The team of seven debutants in a major tournament expressed it in Berlin with an exhibition of game and personality against the host Germany (91-96) to reach the Eurobasket final. This Sunday (20.30) he will look for a new continental gold against France, securing the seventh consecutive medal in a European championship. The legacy continues.

Nobody hid their letters in a takeoff at full speed. A snatch from Schröder to the kitchen and a body from Willy as a letter of introduction to the two templates. The explosive game of Germany against the stone resistance of Spain. The same sweats provoked in Scariolo’s team the runs of the German base as in the host team the strong footsteps of Willy under the hoop. The game moved in an exchange of baskets and very short distances (8-7, 14-16, 18-20). The stands reverberated with a mate from Theis catching a Schröder balloon on the fly and with one hand, but Spain’s legs were not shaking at the Mercedes-Benz Arena. Rudy and Darío Brizuela refreshed the outside area and Juancho and Garuba the paint, and the Spanish team closed that first quarter with a quintet totally different from the initial one. A triple for each side left the swords high (24-27) before the momentary truce.

Rudy showed up to the party with two three-point darts and Spain opened the first important bite on the scoreboard (24-33). The captain again as sure, an iceberg in these scenarios that he has visited so many times. Spain looked very serious. Garuba kept the defensive structure (a block of many carats to Wagner) and Juancho had a reel instead of Pradilla, too tender in some actions to the despair of Scariolo. The hostess could not find good shooting positions, drowned by a spider web.

Until Schröder returned from the warrior’s rest. He needed Germany a pair of fast legs to speed up a match that Spain had brought to their turf. The German base scored and Brown responded to pour ice on the fire (32-41). But the spark reignited with another strike from distance by Schröder and a steal by Weiler-Babb that charged Brown with an unsportsmanlike foul. The temperature skyrocketed on the Berlin court: Obst struck twice from the perimeter and a two plus one from Schröder ended up drawing a 14-0 run for Germany in 1m 19s (46-41). It was a test of maturity for this new Spain. The home team had caught fire and the half-time bell relieved Scariolo’s team (51-46). Schröder had riddled his rival with 19 points in the first half.

The roadrunner who is without a team, a free agent in the NBA, returned to the spotlight with the turbo on. Spain resorted to Alberto Díaz, a defensive specialist of guarantees, and five points from Brown, released as shooting guard for the creation, and a penetration from the point guard from Malaga with an extra foul returned the initiative to those in red (55-56). Willy multiplied to steal a ball, catch an offensive rebound and make his debut from the triple in a sigh. Wagner was not going to be less and there was no rest possible for Schröder, the German locomotive, assistant and scorer (71-61). The game was played from power to power on each tile. Every inch and every hundredth was a fortune. A streak in favor for one of the two fighters was followed by one against in a crazy and very funny date.

Germany tightened the nuts of its robust machinery a little more while Brown took a few seconds off the bench to regain his lungs. Chasing Schröder is quite a marathon. The clash entered alive in the fourth episode (71-65).

In the Spain of the new faces there are many who ask for the ball even if it burns. Alberto Díaz claimed that prominence with a three-pointer and a penetration, in addition to the usual offensive foul caused, in this case by Schröder. The base of Germany collided with the wall of Garuba, author of a giant stopper. This was recognized by the German leader, his partner last year in the Houston Rockets. Diaz’s fever, Brown’s temper and a triple by Juancho advanced another outcome of tachycardia (77-77). Germany was already Schröder or Schröder (30 points and eight assists). In Spain, everyone put stone on stone. Juancho connected with Garuba (two starting substitutes now leading players) and Brown (29 points and six assists) refined from the triple to show that he was not shrinking against Schröder (80-86).

The meeting had entered the territory of Spain, those decisive seconds in which the legacy of so many years in a row on the podium emerges. Germany charged desperately from the triple and the team resisted in a cauldron of 14,000 spectators with the success of Brown and Willy’s free throws. There were 31 points of the selection in that section. FIBA had already said it a few days before. Basketball is a simple game. Ten players chase a ball for 40 minutes and in the end, Spain always wins.