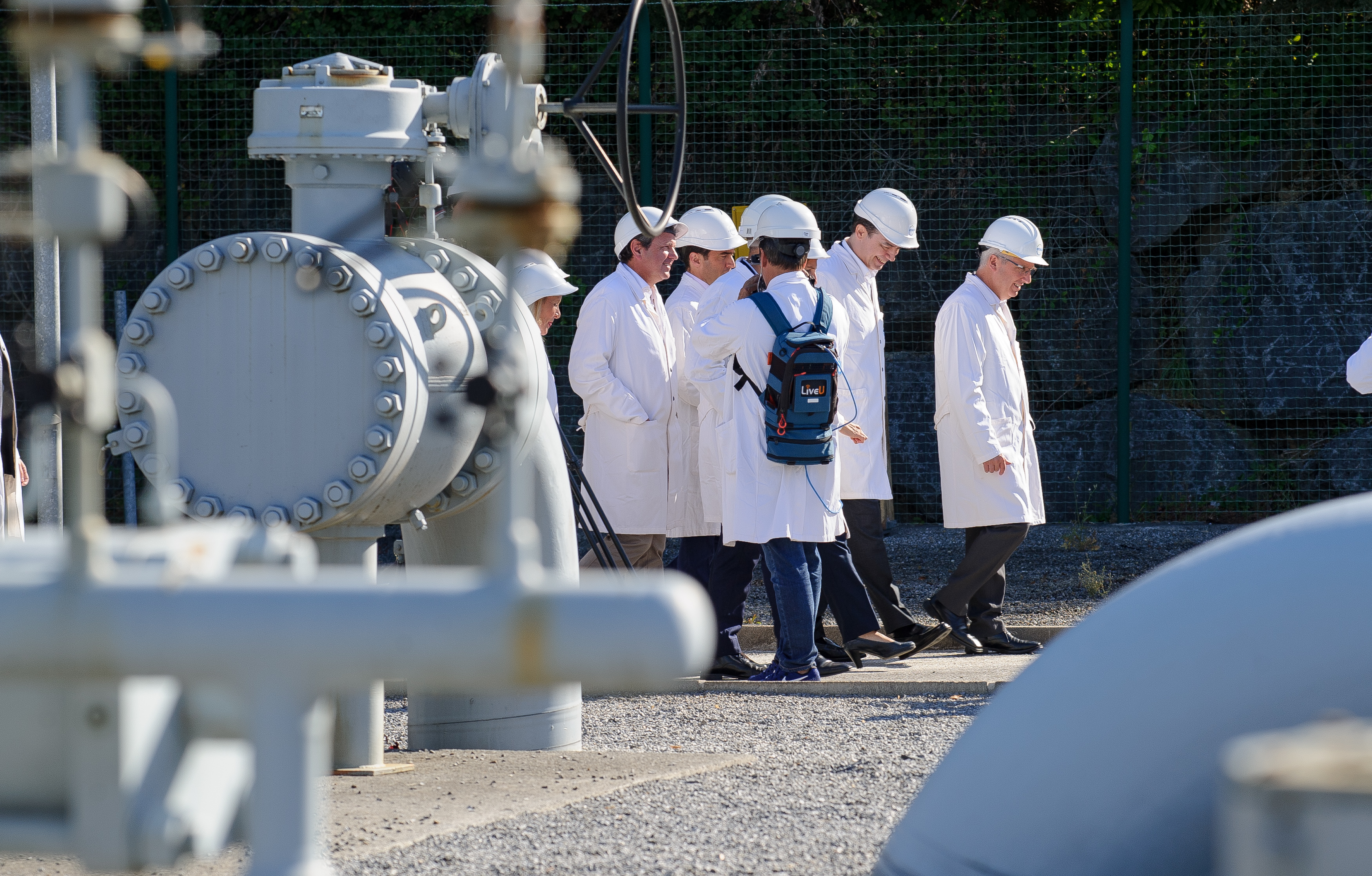 Spain, the country with the largest network of regasification plants in the EU, will be able to send 18% more fuel to the rest of its European partners. The Irún compression station (Gipuzkoa), a fundamental infrastructure for the transfer of gas to France, will allow the transit of 1.5 billion cubic meters (bcm) more than until now as of the next 1 November, coinciding with the start of the high consumption season for heating.

The two interconnections between the Iberian Peninsula and France —Irun and Larrau (Navarra)— currently have a maximum annual capacity of 7 bcm, about seven methane tankers per month, which will increase to 8.5 in a little less than six weeks. If demand so required, however, the extension could start to be used earlier. “Technically, it is already available,” they underline from the Ministry for the Ecological Transition and the Demographic Challenge.

The increase in pipe capacity comes at a key time, following the closure of the Russian tap and with several countries in central and northern Europe hastily preparing for the most difficult winter in memory. Spain has a large idle regasification capacity which, however, cannot be fully exploited due to weak interconnections with the rest of the continent.

“The station is ready to send that gas when our French neighbors request it,” said the Third Vice President of the Government and Minister for the Ecological Transition, Teresa Ribera, during her visit to the facility, in which she was accompanied by the Minister delegate of Enagás (the manager of the Spanish gas system), Arturo Gonzalo. “Spain is supportive and wants to contribute, because it can, to reinforce Europe’s security of supply. This increased capacity will certainly meet that goal,” she emphasized.

“There is no end in sight to this war”

In this difficult energy situation for Europe, Ribera has called for “looking up” and acting with a strategic dimension: “The end of this war is not in sight; Let’s help now, but let’s think about the following winters. Renewable energies and interconnections to make them flow between friendly countries are the only way out”, he stated in an implicit appeal to the construction of the MidCat, the Pyrenean connection project that would allow large quantities of gas to be re-exported to Germany and that France is blocking .

“It is premature to consider it buried; it is not ruled out”, stated the vice president in reference to the unfinished gas pipeline from Catalonia, while pointing out the importance of the new interconnections not only as a way to get gas to northern Europe but also as a future highway along which hydrogen will flow green, an area in which Spain has an unrivaled opportunity to become a continental power. Ribera has recalled, however, that the MidCat is not a “strictly bilateral” issue [España-Francia]”, but it is about “the security of supply of the center and north” of the Union.

Beyond the improvement in the Gipuzkoa compression station, the Spanish Minister of Energy has confirmed that the El Musel (Asturias) regasification plant will be ready at the beginning of next year. Currently inoperative due to excess capacity in the other six plants of this type in Spain, it is, however, called upon to play a key role as a “gas storage logistics center” for the rest of Europe. Its function will be twofold: to receive and store the liquefied natural gas (LNG) that arrives in Gijón, and later re-export it to ports in Central and Northern Europe.

The actions to improve the capacity to send gas to the rest of Europe are not limited only to the Cantabrian coast. Given the refusal of Paris to the MidCat -at least until now-, the third vice president also announced this Thursday the approval of Spain for two projects that “will maximize solidarity” in the Mediterranean: the adaptation of the regasification jetty of the port of Barcelona, that it will increase the shipping capacity to the Italian coasts in smaller vessels; and the start-up of a “virtual gas pipeline”, which will feed the plants in that country with small methane tankers that would come to load the Spanish plants, mainly from the Catalan capital.