Spain has a golden faith: the team seeks to be crowned in the Eurobasket 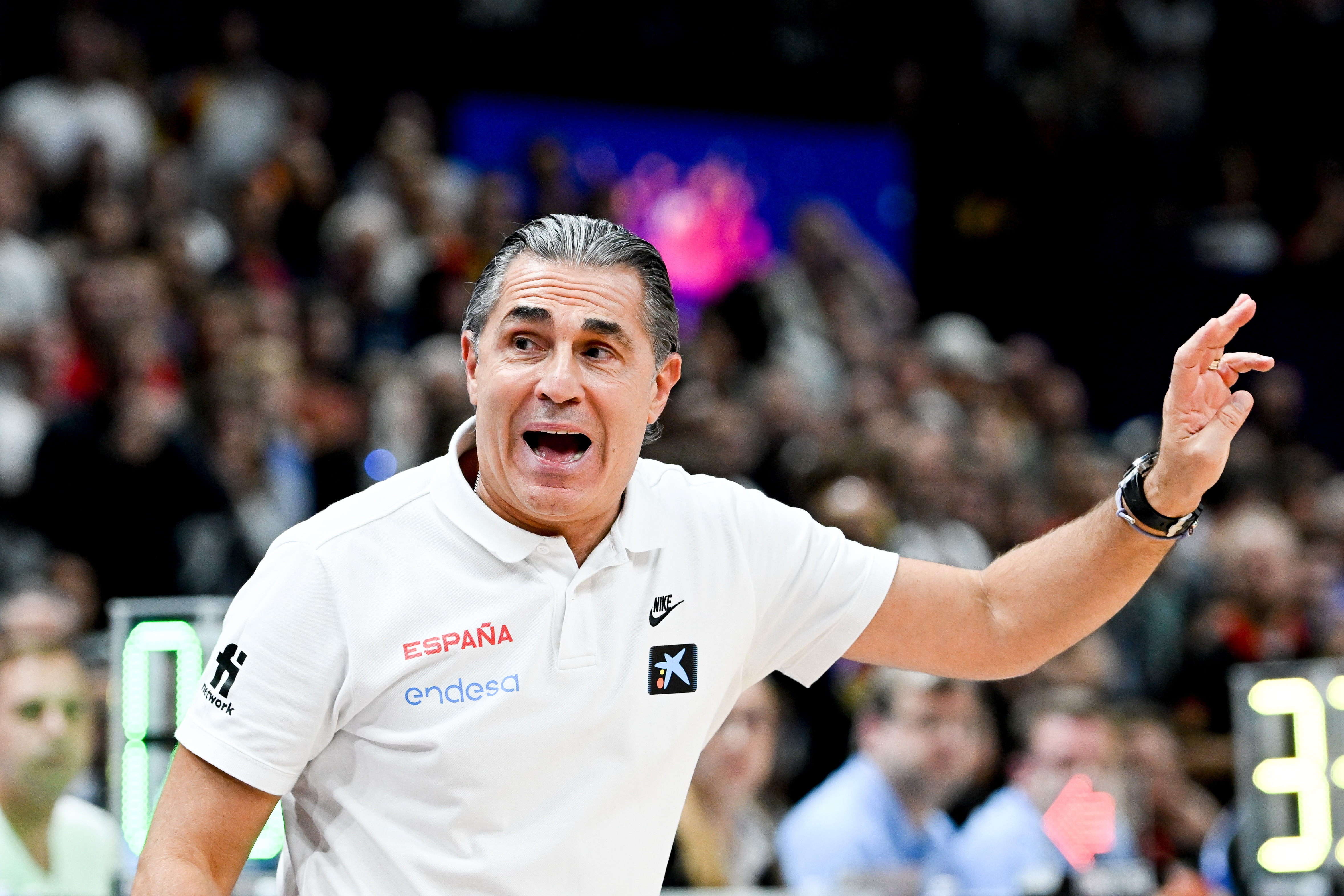 Sergio Scariolo’s serious face and hurried walk after beating Germany in Berlin in the Eurobasket semifinals meant only one thing: France. The coach barely gave his assistants a few seconds to celebrate before starting to prepare for this Sunday’s final (20:30, Telecinco) against the French team. Confidence overflows in a selection with seven of the 12 players on the roster rookies in a big event: Games, World Cups or Europeans. The few hours of flight have been supplied by the group by reaching out to each teammate, putting their shoulders to the defense, jumping more than anyone else, running and pressing as if life were in it. “We have to take them to the last five minutes. Then it will not be a question of centimeters. The one with the most eggs wins. And no one beats this team, ”Scariolo harangued his boys before the semifinal against Germany. After the victory, in another huddle with folded hands, captain Rudy was moved: “I have experienced many championships, but I will never forget the pride I feel for you.”

Spain has jumped every wall no matter how high it was. He came from behind against Lithuania to overcome the round of 16 in extra time; turned over 15 points against Finland in the quarters; and froze the Mercedes-Benz Arena with a display of play and personality against host Germany. Step by step the admiration towards what has been conquered has been greater, inside and outside the group, for what and for how. Spain has not only secured its seventh consecutive medal in a Eurobasket, but today it will kiss gold or silver with a meritorious team, an ecosystem far from the stardom of other times. Without so much talent, but with multiplied sweat. In Spain, the star has been the team, and a handful of highly revalued players will return from the adventure both in their next role at the clubs and in the face of the following appointments for the national team.

“The team is young and hungry. Many have not been in a situation like this and that has to bring us positive energy. There is a risk that there will be an excess of euphoria that leads to crazy actions on the track, that we think we can put a layup under Gobert and things like that. You have to be smart and run away from it. As a group, we have offensive records above what was expected”, Scariolo commented this Saturday. “We must enjoy ourselves and leave everything on the track to be able to leave with our heads held high. We have earned the respect of all the teams. I see enthusiasm and a lot of desire to face something unique that we did not think we could experience”, added Rudy, who at 37 years old equals Pau Gasol’s 11 medals to one of Laia Palau’s 12.

Spain has been on the European podium since it lost the Eurobasket final to Russia in Madrid in 2007. To that silver he chained three golds (2009, 2011 and 2015) and two bronzes (2013 and 2017), and in this cycle only the United States in the two Olympic finals of 2008 and 2012 has lowered him from the victory in the decisive match for a title . In command, Scariolo, who at 61 will add his eighth metal in 10 championships in Berlin – he only returned empty at the 2010 World Cup and the past Tokyo Games in which the gum of the golden generation was stretched. The Italian coach has shown off a notebook full of tactical solutions depending on the layout of the matches. For each closed door, the coaching staff has found the key to the next station.

The final wall is France, a block that Spain surpasses in average scoring (91.2 versus 82 per game) and that required an extension against Turkey in the round of 16 and another against Italy in the quarterfinals. Despite everything, it is a strong group in every position on the field. “Playing face to face is not convenient for us. France is a team of great physical, athletic and technical talent. They have a defensive wall, NBA and Euroleague players. Our resources are more limited. Once again, we weren’t favourites, but we’ve managed to reduce that gap before and win”, Scariolo pointed out.

The hegemony of Spain extends over time. There are already 10 European finals (the first six lost, the last three won), only behind the 13 in the Soviet Union and the 12 in Yugoslavia. And this summer the team has reached the last match in the nine categories in which it has competed: before the Eurobasket, in the U-16, U-18 and U-20 European Championships and in the U-17 World Cup, in men and women . A competitive gene permeates from the elite to the base. In the juniors or the seniors, no one believes in Spain like Spain.

Toni Bou, the eternal trial champion: "What we are experiencing is unreal"