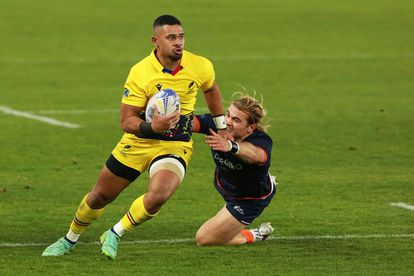 Yesterday, the Spanish Rugby Federation (FER) filed a complaint with World Rugby – the international federation – against Romania and its player, Jason Tomane. The New Zealander played four World Cup qualifiers with the European team and, according to Spain’s claim, he spent more time out of the country than the 60 days allowed to be eligible.

Precisely three months ago, the XV del León was left out of the 2023 World Cup due to a very similar situation: the improper alignment of Gavin Van den Berg in two games after spending 127 days outside the country. Now, the Spanish federation denounces a similar event with Tomane and Romania to seek their place in the great event of this sport. If the international organizations agreed with Spain, the place in Romania would go to Portugal and the national team would go on to compete in the playoffs.

The complaint is based on messages on Instagram from Tomane’s wife, in which she thanks Hungary for its hospitality during the three months the couple spent there. This would prove that he exceeded the 60 days established by World Rugby as the maximum period in which a player can leave the country of destination to be eligible, something that he must fulfill for three years. The hope of Spain is that, at the moment, there is no record of an authorization from the international federation for exceptional cases. Romania, the country that denounced Spain in March for the Gavin Van den Berg case, assures that it has that approval.

This complaint is a way to return to the World Cup. The other is the appeal process for the Van den Berg case, whose hearing took place on Thursday June 16 in a long session of more than five hours. Spain trusts his appeal because he understands that the sanction was disproportionate due to the residual presence of the player in two games that the team won by more than 40 points. Although the decision abounds in recidivism – the XV del León was also removed from the World Cup in 2018 – lawyers have argued for more lax sanctions in similar cases, as happened with the English club London Welsh.

World Rugby announced that it would resolve the case within a week. Those responsible for Spanish rugby had an answer in days, but eight have already passed. That time for reflection translates into optimism; the easy thing would be to dismiss it for the same reasons, so the messages that reach Spain is that, at least, they have managed to sow doubts. “Whatever they decide, they will want to put it together well”, reason the legal services. “This resolution is charged to Spanish rugby,” they add.

The intention of the board of the Spanish federation, which announced its resignation after the scandal of the Van den Berg case at the end of this judicial process, is to exhaust any trick to enter the World Cup.