Spain already has official statistics on femicides: 19 women murdered from January to June 2022 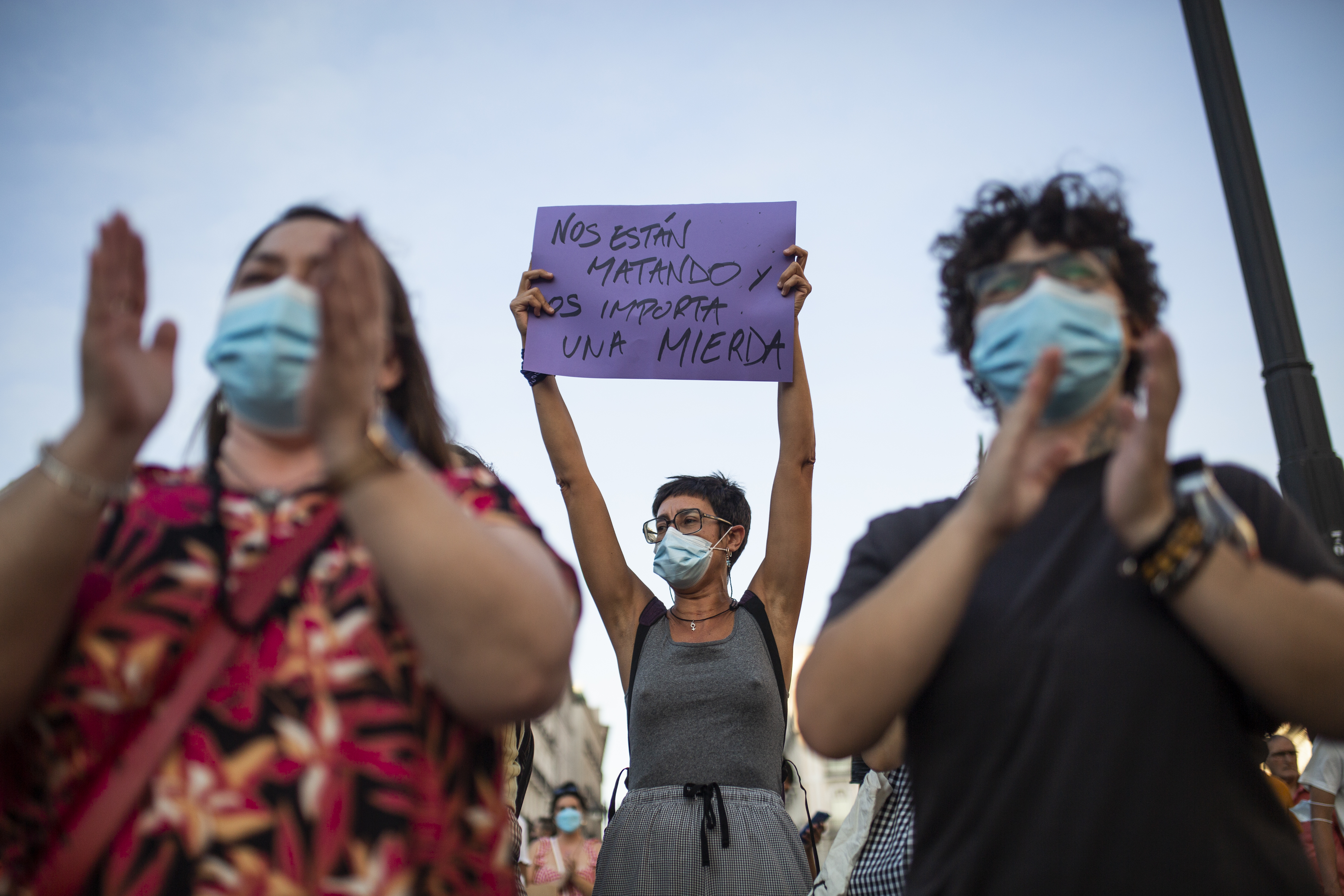 Jessica Méndez, the 29-year-old woman who José Eirín murdered by ramming his car against hers last March in Pontevedra, is already a victim of sexist violence. Officially. Because from now on, the Government will not only count the murders committed by partners or ex-partners —which has been forming the framework of sexist violence—, but also all those that have a gender component. Thus, Spain now has official statistics on femicides, which expands this area of ​​relationships, classifying them into four categories: family, sexual, social and vicarious. With this new statistic, between January and June of this year, 19 women have been murdered. All victims of men who knew them. 19 women who leave an orphan and two minor orphans, and who are added to the 23 victims within the couple or ex-partner left until June this year.

This new data collection, explained the Secretary of State for Equality, Ángela Rodríguez, and the Government delegate against gender violence, Victoria Rosell, this Monday, was something that the Executive “owed society and women” . This commitment was first put on the table in December 2018, when Equality confirmed that a new statistic was being worked on. However, Rosell has recalled, she “had the difficulty of not having the machinery greased [como sí la tiene la de víctimas de violencia machista dentro de la pareja o expareja]and the confirmation process was complicated by not being a couple or ex-partner”.

“19 years of learning” with the current sexist violence statistics, Rosell recalled, have been key so that these data can now begin to be collected and published. Because “what is not named does not exist, we must begin to recognize as a Government that there have been murders that have gone under the radar,” Rodríguez said, and that now, with his compilation and analysis, “shows that the relationship between women with violence is throughout their lives” and that “children and grandchildren” perpetuate “power relations” that they see and with whom they live in their homes.

That analysis that Rodríguez is talking about reflects that the majority of the murderers are concentrated in the age group between 21 and 40 years old, 47.4%. In almost four out of 10 cases, the aggressors lived with their victims; a percentage that increases in family femicides, most of them, in which “almost half of the aggressors, 45.5%, lived with their victim.” In nine of the cases, the aggressor was a descendant of the victim (six children and three grandchildren), as well as a father and “another relative”. Two had a sexual component and were committed by a neighbor and an acquaintance, and, Igualdad points out, “in both cases they were women under 16 years of age.” Another six were social, in which three of the murderers were neighbors, two were roommates and one an acquaintance.

When considering the age of the victims, “57.9% of the murdered women were over 60 years of age, more than half,” adds Rodríguez, who emphasizes the “remarkable” “difference between the age ranges where femicides produce”, since the femicides in couples/ex-partners are mostly between 41 and 50 years old. “We will have to see if this trend continues when a longer time series becomes available, given that these data for now only refer to the first half of 2022,” he clarifies.

Now, the goal is to comply with the Istanbul Convention, approved in 2014 to prevent and fight against these murders, also with the State Pact against gender violence of 2017 and with international human rights mandates. And, above all, learn more about violence to “protect women”. This new statistic, Rodríguez said, “serves to name what has remained silent until now, it is an act of breaking the silence and also of reparation, and it must serve to push policies and focus on the inequality of power that women suffer throughout their lives”.

Patchday: Starting points for attackers in Android 10, 11 and 12 closed