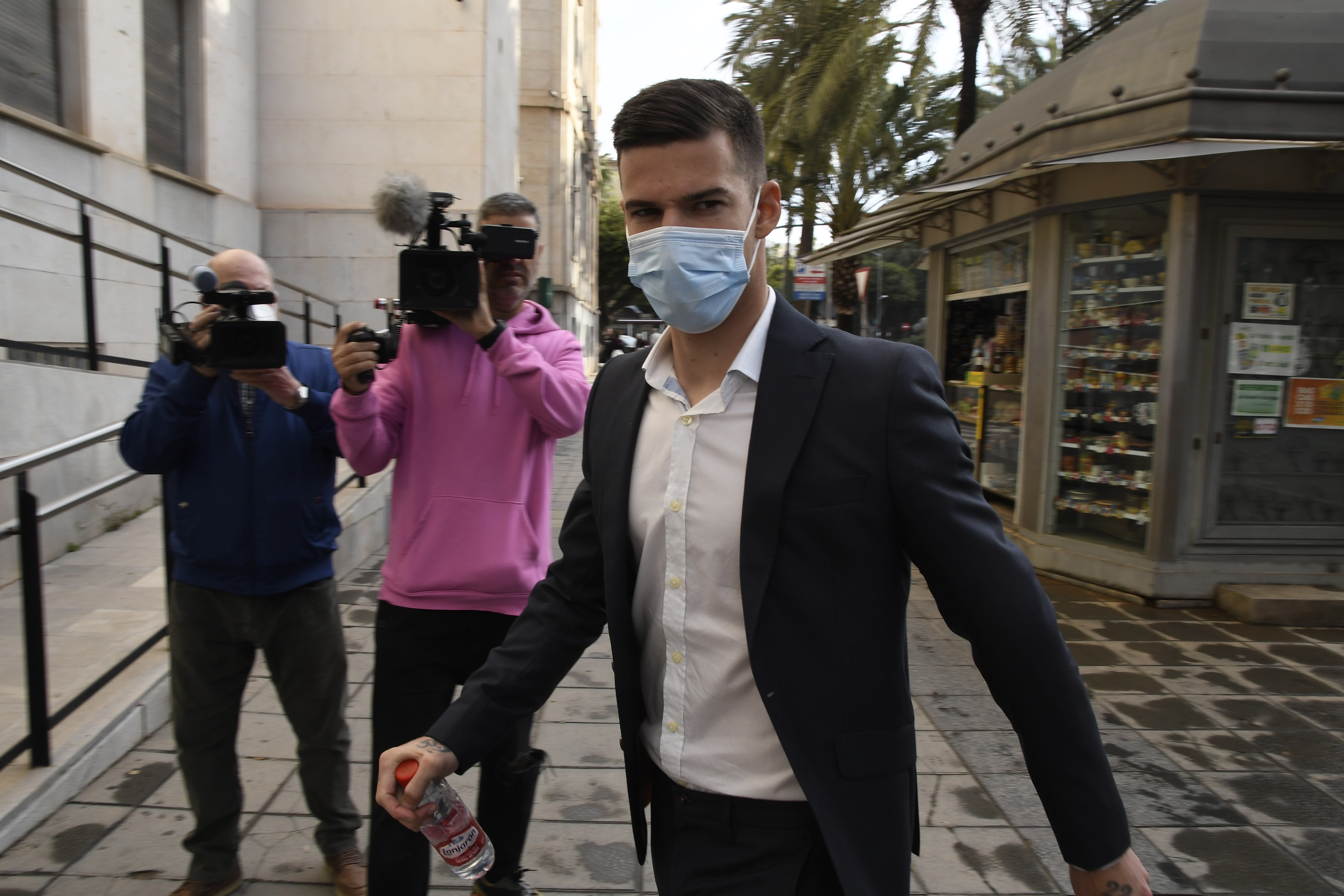 The soccer player Santi Mina has appealed to the Superior Court of Justice of Andalusia the sentence of the Provincial Court of Almería that sentenced him last May to four years in prison for sexually abusing a woman in the summer of 2017. As explained to EL PAÍS his lawyer, Fátima Rodríguez, the appeal raises, among other reasons, doubts about the lack of consent in the sexual relationship between the striker and the victim, and the spurious motive of the complainant, who is accused of having asked 400,000 euros in exchange for withdrawing the complaint. The lawyer has provided a document attached to the appeal with the intention of proving said version.

“The complainant acted with a spurious spirit because she wanted to obtain good compensation from the soccer player,” says the lawyer, who points out that, in the appeal, advanced by El Confidencial, “the subjective disbelief of the victim, which was aggravating the facts, is argued.” in their successive accounts of the events just to get money,” he says. In the sentence, on the other hand, the magistrates considered that the victim’s testimony was “consistent”, while highlighting the contradictions that Mina incurred in her successive statements.

The defense of the footballer, who currently plays in the ranks of the Saudi club Al Shabab -after the judges denied the victim’s request to enter prison on the understanding that residing in a country without extradition contracts with Spain increased his risk of escape― has provided the alleged contract that the complainant’s lawyer offered to Mina in which he was asked for 400,000 euros free of taxes in exchange for withdrawing the complaint.

His lawyer affirms that said document was not provided during the trial because he wanted to “respect the code of ethics” which, he maintains, the prosecution attorney did mock when asking the victim if they had offered him money to withdraw the complaint. “The private prosecution insinuated it in the trial and professional secrecy has been flouted,” Rodríguez wields. A sworn statement before Mina’s notary denouncing this blackmail is also added to the contract, in which he assures that it was not he who offered money to the complainant, but that it was his lawyers who proposed an economic offer to withdraw the complaint.

During the oral hearing, Mina’s defense strategy was aimed at discrediting the victim’s testimony and questioning the absence of consent in the relationship. The appeal also emphasizes the doubts that the soccer player’s representatives contain in the different versions offered by the complainant and the account of some specific facts that the court considered proven in the sentence.

In the ruling of the Provincial Court, it is taken for granted that on June 16, 2017, the striker, who was then a member of Valencia, entered his van, next to a nightclub in Mojácar (Almería), where another footballer, David Goldar He was having sexual intercourse with the victim. Mina turned to the girl, who had sat down surprised, and after saying “look, girl, I like you a lot and I think we should do something” and she ignored her, she introduced his erect penis into her mouth without asking. The woman then pushed him and the soccer player pushed her backwards on her bed, inserting the fingers of his right hand into her vagina. Seconds later, the striker apologized and the victim left in a great state of anxiety, as reflected in the account of the facts of the sentence.

The magistrates in their conviction highlighted the strength of the woman’s account of sexual abuse, “with definitive evidence” and “rich in detail, complete, coherent and consistent.” “She narrated the facts openly and spontaneously,” the judges underline. “The victim provided resounding testimony at the oral hearing, rich in details and consistent in substance and essentials with what she had previously stated at the police headquarters and at the headquarters of the investigation,” reads the resolution.

On the contrary, the judges recorded the different versions offered by the striker during the investigation of the facts. “The accused, in his first statement, categorically denied having even touched the victim and only [al encontrarse] His DNA in the vaginal cavity, he is forced to modify his version of the facts and admit that there was vaginal penetration.