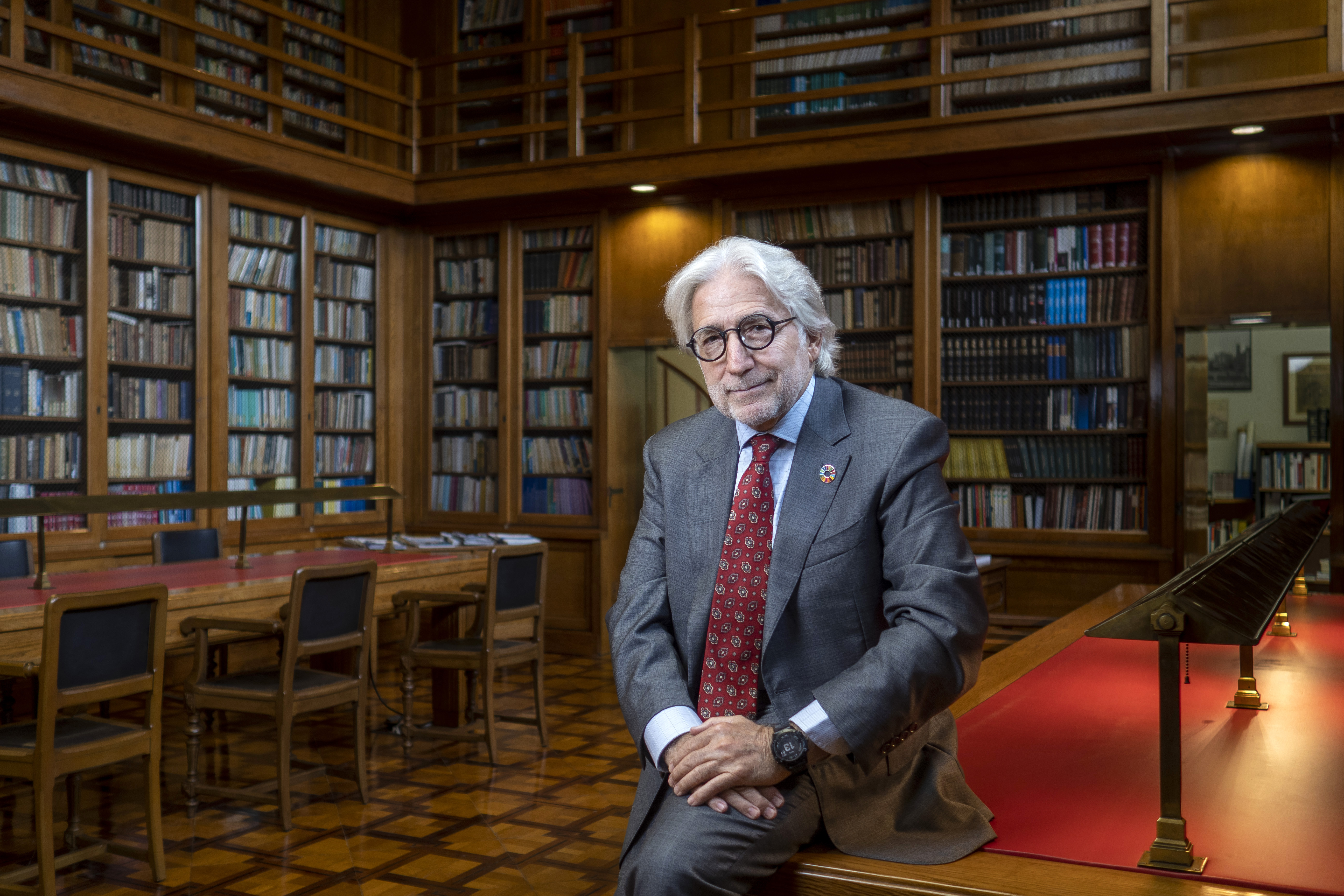 Josep Sánchez Llibre secured, without opposition, a second term at the head of the Catalan employers’ organization Foment del Treball last summer. Ex-politician struggled in Congress, also knowledgeable about the interiorities of the CEOE, of which he is vice president, he opened his position by assuring that one of the objectives of his mandate would be to ensure that the companies that left Catalonia in the fall of 2017 come back. Four years later, verifying the fiasco of that operation, he assures that he will work for the same purpose. Meanwhile, he charges against the tax on the rich proposed by the Government of Pedro Sánchez, while defending the fiscal strategy promoted by the Community of Madrid and Andalusia.

Ask. Five years ago the flight of companies began in Catalonia. Nothing has changed. What is failing?

Response. In this second term we propose a road map so that in Catalonia there is economic stability, political stability and legal certainty. When we have achieved it, probably some of the most important companies that left Catalonia will propose their return.

R. Indeed, my term is four years. I do not rule out that they return, rather I am convinced that we will have managed to weave the maximum of complicity with all the Catalan political forces so that this becomes a reality.

P. The business community was loyal to the Government on the issue of pardons, showing its support. Do you think that this effort that you want to make for the return of companies to Catalonia has the same political support?

R. It is true that the support and political pronouncements have not been produced. Despite this, I am convinced that, as time goes by, these will arrive. Until now, only Foment and the CEOE have done so. For a more decisive and forceful response, an unequivocal declaration from the Government will be necessary, in the sense that events like those that occurred five years ago, which resulted in the unilateral declaration of independence, will never occur again. Now I think we are going in the right direction.

P. And the central government?

R. The central government has already proposed the constitution of the dialogue table and assume that there is a political conflict. Nor is it worth forcing situations or statements that are likely to create more antibodies than we already have. The situation has to be consolidated.

Q. Has the way in which the Andalusian president, Juan Manuel Moreno Bonilla, presented the abolition of the wealth tax generated antibodies?

R. He has done what he had to do: he has carried out an approach that he had in the electoral program. I wish what the Community of Madrid has done and now the Junta de Andalucía would also do the Catalan Government. The partners of President Pere Aragonès are already going in that direction of suppression of the wealth tax. What I do not find reasonable about Moreno Bonilla’s actions is his call for the Catalan business community to relocate their assets from Catalonia. He knows perfectly well that this will not happen. These appeals only produce territorial conflicts.

P. Do you consider that Madrid and now Andalusia are doing fiscal dumping to the rest of the communities?

R. No. What they do is apply the current legislation that gives the communities tax capacity on certain taxes. Catalonia could also do it and has done the opposite, creating new taxes. I hope that the Generalitat reacts positively to the approach of Andalusia and Madrid.

P. After two years of extreme spending in administrations due to the health crisis, do you consider it a good time to withdraw taxes that impact precisely those who are having the least bad time?

R. We are talking about an insignificant collection, of 500 million on a total budget of 33,000 million euros of the Generalitat. Through competitive fiscal policies or items focused on improving the productive economy, these resources could be perfectly recovered.

P. The Government proposes, to avoid this fiscal war, a tax on large fortunes.

R. It is not a fiscal policy debate, but an ideological debate, between rich and poor; left and right, and it makes me sad and perplexed. I would define it as a Bolivarian tax that will do a lot of damage to Spain without obtaining any benefit. He will expel the possessors of goods and the creators of wealth. That tax is confiscatory and I am sure that it will end up being declared unconstitutional. It is a centralized tax that goes against the regulatory capacity of the autonomous communities on the assigned taxes. I think they raise it from United We Can, from a position of resentment. It surprises me because on June 7 the PSOE voted against a proposal on a tax on large fortunes proposed by this same party.

Q. How long will Spain be able to withstand the current levels of inflation?

R. In a situation like the current one, in which inequalities are greater every day, we must consider a shock plan to fight inflation and reduce it drastically. To avoid the pain that individuals, families and companies will suffer, the President of the Government would have to lead an income pact in which employers, unions, the public sector, pensioners, the first opposition party and the rest of the political formations are present . We must seek an approach to social stability in the medium and long term, in which we all have to sacrifice, employers and workers, except those who have lower wages and are in a more vulnerable situation, but also the public administrations would have to transfer State resources to the most unprotected families. The income agreement can be a first step to reformulate what I consider essential in Europe, the social contract, and thus avoid the bad experience we had after the Lehman Brothers crisis, with growing social inequalities.

Q. Is your version of the rent agreement the same as that of the CEOE?

R. As I define it, it is defined by the CEOE and its president, Antonio Garamendi. From Foment we take another step: the increase in the minimum wage (SMI) has to be defended within the income pact, although in that case certain sectors would have to be excluded.

Q. Will Foment del Treball support the candidacy of Antonio Garamendi in the CEOE elections in November?

R. We will decide when we know the electoral programs and, if there are several candidates, after having heard them all.

Q. What elements could there be that lead them not to support you?

R. We will see what the program is. We have already said what we would like. More participation and more debate in the decisions that affect the business community.

P. Claims Foment as the most representative territorial of the CEOE. Wouldn’t it be logical that they were after a candidacy?

R. Not necessarily, although to date no one has raised it with us. The three main points of our program are that the companies return, the defense of the entrepreneur and being influential and decisive in economic policy.

R. We are where we are and we will defend those candidacies that accommodate our proposals.

Kadyrov asks Putin to use "low-power" nuclear weapons in Ukraine