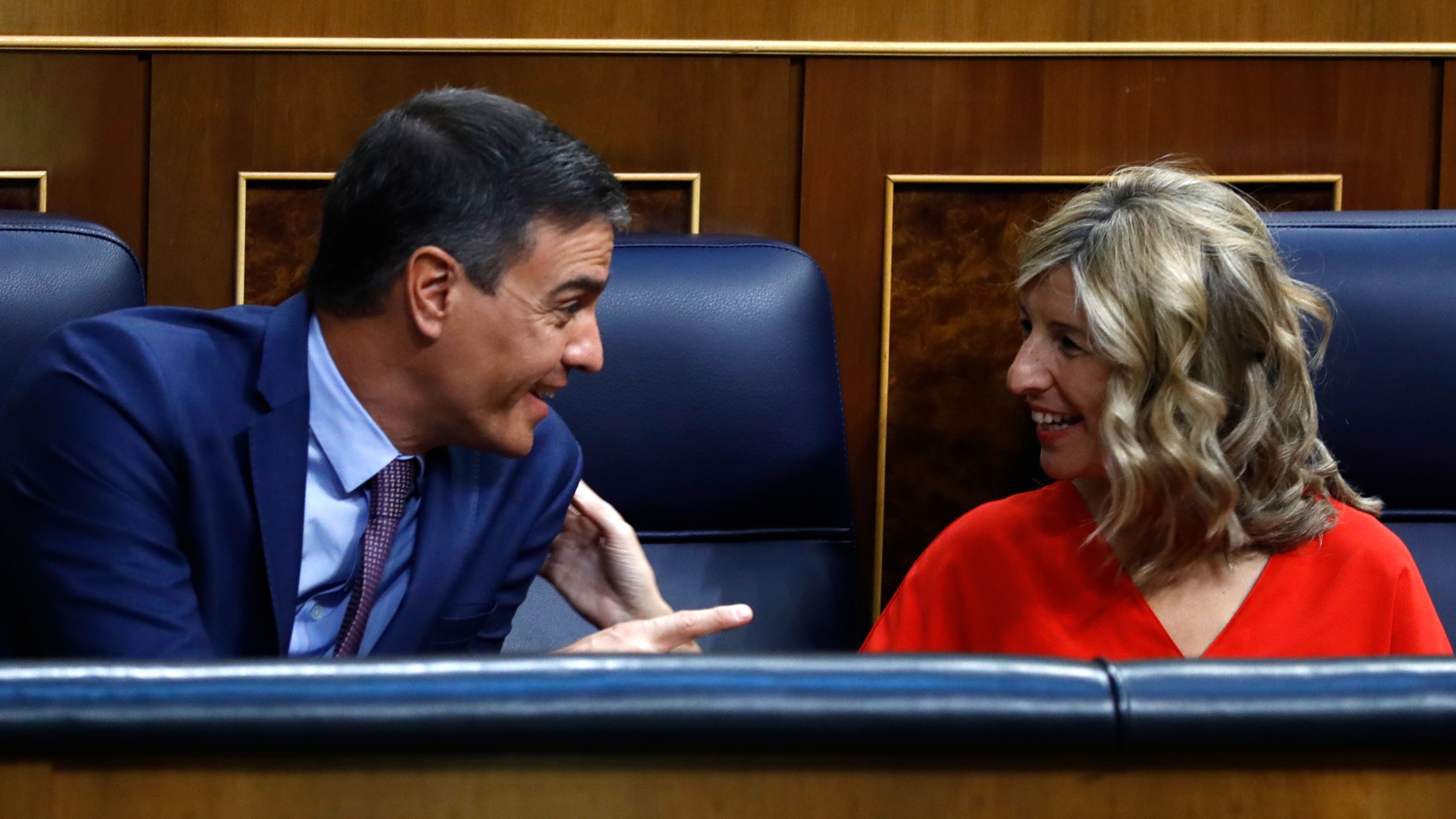 The President of the Government, Pedro Sánchez, held a meeting this afternoon with Yolanda Díaz, second vice president, to iron out rough edges in the government coalition after the decision to increase defense spending this year and the approval provided for the law of secrets officers, which have caused discomfort in United We Can. La Moncloa has reported that the meeting “has served to strengthen the coalition” and to launch the negotiation for the General State Budgets. This appointment replaces the meeting of the coalition monitoring commission that Díaz herself had urgently requested in early July, after the Council of Ministers approved a credit for the Ministry of Defense of up to 1,000 million euros.

La Moncloa has stressed that the meeting has been “very positive and fruitful” and that the “challenges” that lie ahead in the remainder of the legislature force us to “continue working hand in hand, starting with the negotiation of the Budgets”. Diaz herself has tweeted this Monday that the Government has already started work on next year’s accounts.

The meeting has fundamentally served to iron out rough edges over the military issue and over the presentation this afternoon of the law on official secrets. The ministers of United We Can, the minority partner of the coalition government, have not spoken out publicly against it, but the representatives of their parliamentary group have. “Hide secrets from citizens for 50 years or more is to treat them as minors. It is not characteristic of mature democracies to be afraid to know”, said the president of the parliamentary group of United We Can, Jaume Asens, via Twitter. Pablo Echenique has influenced through this same social network that the initiative belongs to the PSOE.

Sources close to Yolanda Díaz argue that “50 years is not an acceptable period to lift the secret of official secrets.” And they add: “In other countries around us, the term is 20 or 30 years. We do not understand why they set that deadline and we do not want to think badly. We have a sufficiently mature democracy to set that maximum term of 30 years. We have transferred to the socialist part of the Government that we do not agree, although we have decided to agree on this discrepancy since it is a first reading of the draft Law. There will be a second round where we will try to include our proposals.

These sources have insisted that “the draft laws”, although they do not touch ministries in the hands of United We Can, “have to be negotiated with the second vice president.”

Government sources have explained that this meeting replaces the one that Díaz requested from the so-called crisis committee on July 5, as well as that Sánchez preferred this face-to-face instead of the coordination body. That meeting, for the moment, has not taken place, but this Monday, at the press conference he offered in Tirana (Albania), Sánchez has expressed his willingness to convene it: “I think that dialogue, talking between the government partners It is important. We are and we are in favor of this meeting taking place”, he said. Hours later it was he himself who met with Díaz.

On the go together with the digital camera: Thrilling photograph locations between Kiel and the Dolomites

Puerto Morelos, the pleasure of calm can be skilled within the Riviera Maya