Salman Rushdie, religion and rage through the scientific eye of God 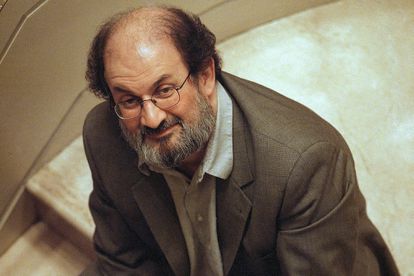 Instead of gaps in knowledge, the religious fanatic is flooded with false beliefs; murky background natures where collective infamy is catalyzed. Take Salman Rushdie as an example, an attack that has spattered us with blood and rage, and whose origin lies in the fanaticism of those who show more interest in what they think they know than in what they really don’t know.

However, we do not come here to make an allegation against religions. Nothing further, because religion and science can walk together as long as they do not fall into dogma and allow room for doubt, as Einstein pointed out at the time with his aphorism: “Science without religion is lame, religion without science it is blind”.

With such parameters, Pope Francis started his Vatican revolution a few years ago, when he stated that the Big Bang is a real phenomenon and that “God is not a magician with a magic wand.” It was then that the fanatics of the most stale Catholicism tore their clothes in the face of such declarations, exposing their floods of historical misunderstanding, since the theory of the beginning of the universe and its expansion had already been exposed in the early 1930s by the Belgian priest Georges Lemaître when he pointed to the origin of everything at a point where the universe began to expand and where space was filled with the remains of the primitive atom after its disintegration, cosmic debris that gave rise to matter, space and time. With his theory of the primordial atom or “cosmic egg”, Georges Lemaître became the father of modern cosmology.

His biography presents us with Lemaître as a restless boy who had to interrupt his studies in Mining Engineering to enlist as an artilleryman in the First World War. When he rejoined university life, once the war was over, he did so by enrolling in Physical and Mathematical Sciences, obtaining his doctorate in 1920 and entering the Malines seminary. Three years later, in his early thirties, Lemaître became a priest, following his scientific career as a student of Arthur Eddington (1882-1944), a philosopher of science who understood matter to support spirit and not otherwise. For this reason, for Eddington, science and religion were compatible as long as religious phenomena could be demonstrated using the scientific method.

Now let’s return to the aggression suffered by Salman Rushdie, because if we look at Islam, it should be noted that reading the Koran is not at odds with scientific progress or humor. Only fans lack the sense of humor to laugh at themselves. Islam was originally synonymous with progress. In fact, it was Islamic science that introduced the Arabic numerals that we use today for counting. Another example of cultural borrowing is the word algorithm, the Latinized name of the Persian mathematician Al-Juarismi (Algorithmi). To say the least, it does not remain that in some of the stories of the Koran time appears as a relative perception, centuries before Einstein formulated the theory of it.

But the lack of reading comprehension and, above all, the lack of critical awareness leads fans to believe that Salman Rushdie’s novels offend a religion. If this were so, the offense against that religion would be even greater every time a fanatic claims that the stabbing of the author of The Satanic Verses was by divine mandate.