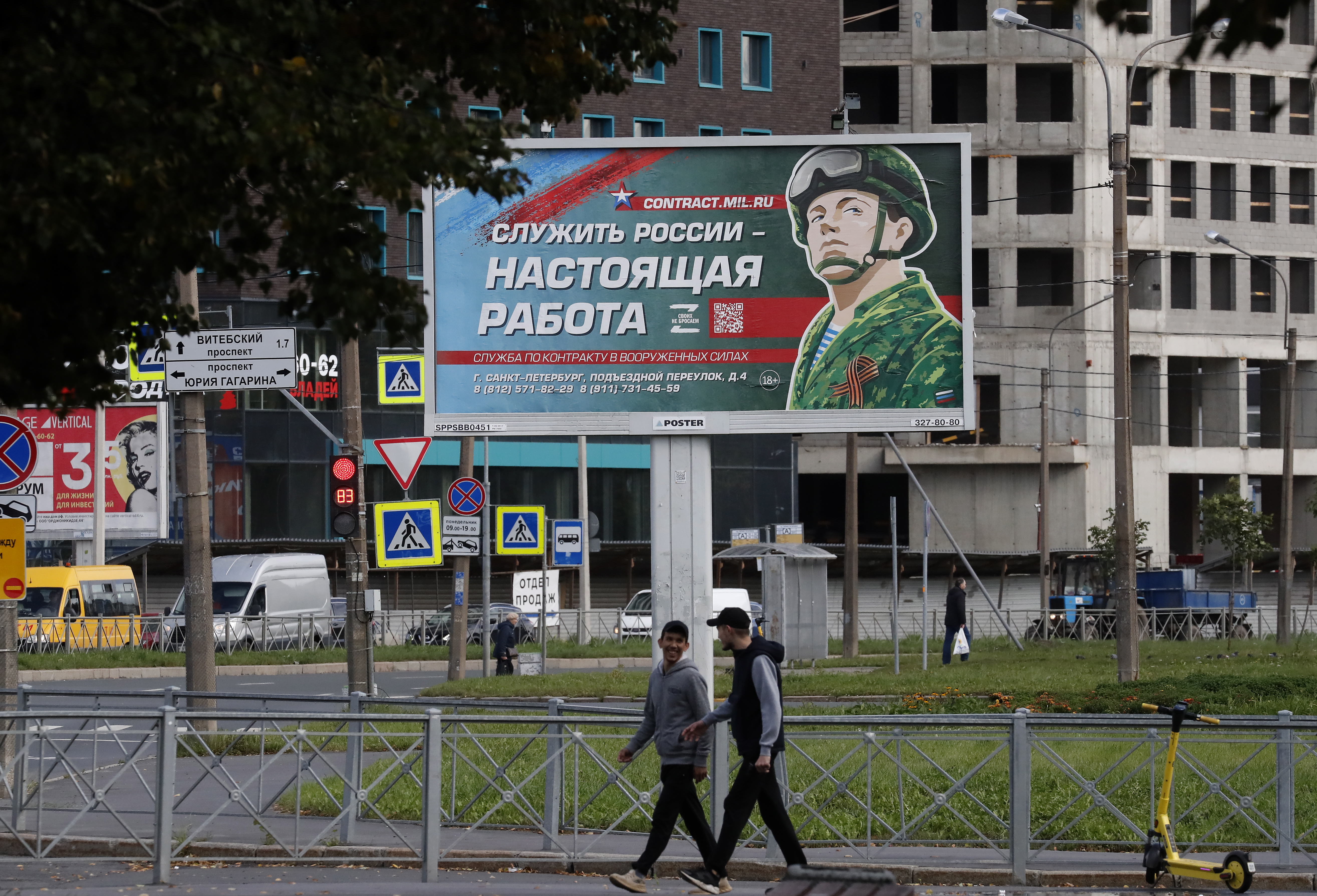 Everything was prepared: in just 24 hours the fate of thousands of Russian civilians who will soon be sent to the front has been sealed. One day after President Vladimir Putin decreed a partial mobilization of his population, the recruitment offices began to receive the first wave of citizens who have received their summons from the Ministry of Defense. The images of the day were the crowded queues in front of the enlistment headquarters and buses, where men of all ages crowded. Some of them quite old.

Defense Minister Sergei Shoigu had announced on Wednesday that some 300,000 people would be called to arms despite having suffered, according to his figures, 5,937 fatalities in the fighting. However, the independent newspaper Nóvaya Gazeta Europa published that, according to its sources in the presidency, a million recruits were going to appear in a point deleted from the decree. “It’s a lie,” Putin spokesman Dmitri Peskov said Thursday.

Images of the recruitment arrived from all over the country. The president of Chechnya, Ramzán Kadírov, has been one of the great supporters of the mobilization after the military disaster that the Kremlin suffered in the Ukrainian province of Kharkov. In Chechnya, opposition blogger Abu Saddam Shishani recorded a video showing a huge column of men on their way to the enlistment point.

Failure to attend the summons can lead to years in prison due to the amendments introduced in the Penal Code this week by Parliament. In a video broadcast by the Liudi Baikala channel of the Kurumkanski region enlistment office, the instructor explaining the rules to a group of civilians warned them about the new laws and the need to replace belief in spirits with bandages. doctors.

Among those mobilized are some of the more than 1,300 arrested in Wednesday’s protests. Those arrested received their notification by hand in police departments such as the one in Altufievo, as confirmed by human rights lawyer Pável Chikov.

Those who cannot be mobilized are the deputies. Article 18 of the law on mobilizations offers a deferment from military service to members of the State Duma and the Federation Council. The president of the lower house, Viacheslav Volodin, assured during Thursday’s session that there is “no armor” to not go to the front. “But we must ask ourselves, colleagues, what kind of effective assistance we will give,” he added.

The no of the son of Putin’s spokesman

A day earlier, the son of Putin’s spokesman fell for a joke made to him by the Popular Politics YouTube channel. After announcing that he was going to be mobilized, the young man replied to his interlocutor: “I will not go there at 10 in the morning. You must understand that I am Mr. Peskov and it is wrong for me to be there. I will solve it on another level.” His father, one of the most visible faces of the Putin regime, later assured that fragments of the conversation had been cut.

Before being sent to the ranks, citizens must pass a medical examination to check whether they are fit or not, or have some limitation for the service. After that, the military junta can decide whether to grant a waiver or a temporary stay. In addition, those over 50 who did not rise above the rank of private during their past military service are exempt.

Although it is a partial and not total mobilization of the population, the decree was drafted in a sufficiently imprecise way so that the recruitment can be distributed throughout the country’s geography with the criteria that the Kremlin deems most convenient at all times.

The Kremlin assured that it would only call up men with military experience. However, Yanina Nimáyeva, a journalist from the southeastern region of Buryatia, denounced that her husband, a father of five children and an employee of an emergency department in the regional capital, was mobilized. “My husband is 38 years old, he is not in the reserves, he has never served,” Nimáyeva said in a video in which she addressed the region’s leader, Alexei Tsydenov, from the same party as Putin, United Russia. In another video released by the Sota media, you could see how men with an age and physical shape not suitable for combat were riding a bus in Blagoveshchensk, next to the border with China.

737 Max: Boeing will pay another $200 million for deceiving investors

The West increases pressure on Russia: “Putin cannot be allowed to get away with it”