Rivalry and violence in the women’s PSG: the 10 months of “ordeal” of the footballer Hamraoui 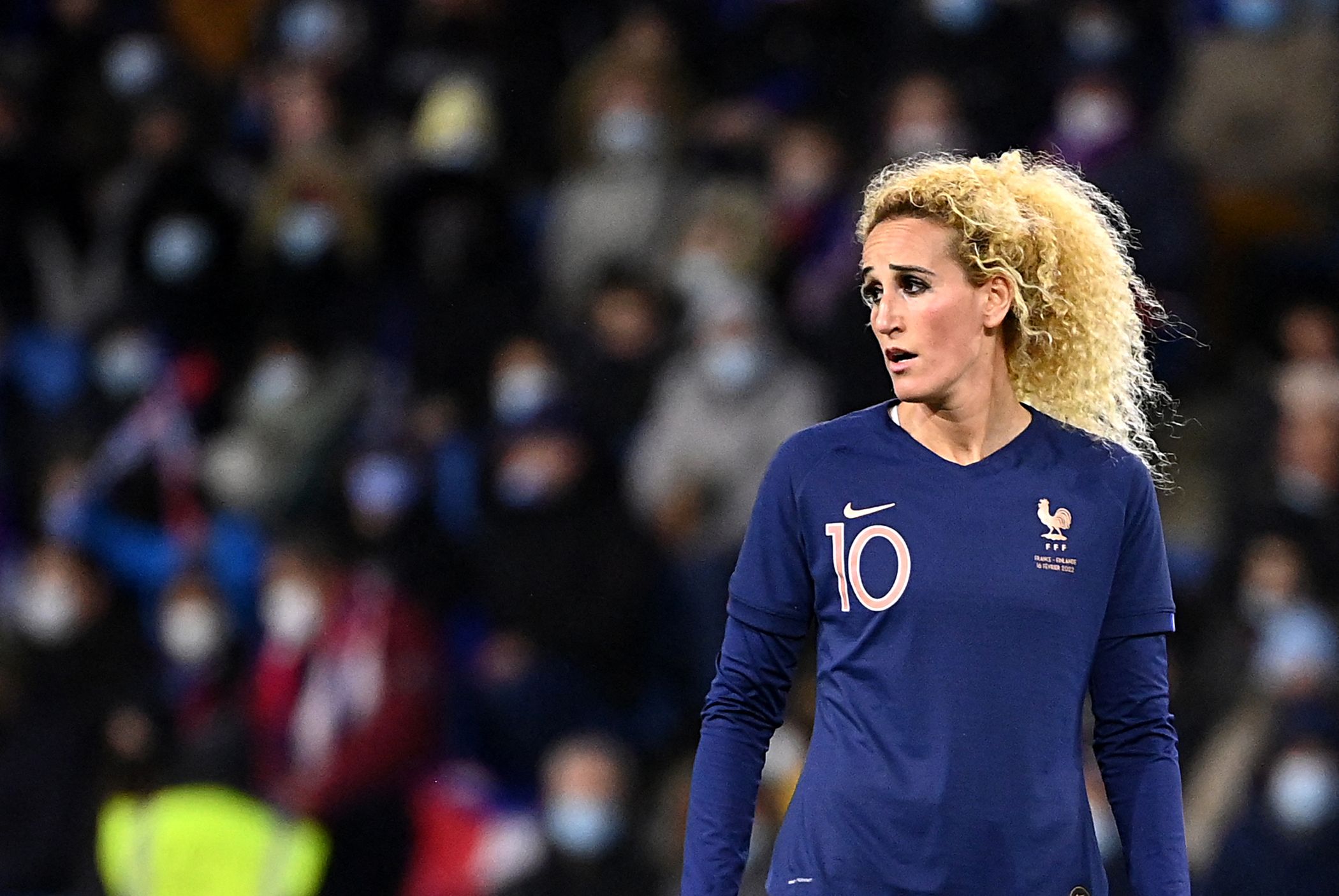 “Tonight I’m scared,” Paris Saint-Germain soccer player Kheira Hamraoui (Croix, 32) said on Wednesday. She had just learned that her ex-partner Aminata Diallo (Grenoble, 27 years old) had been released on probation after spending a few days in jail. Diallo was charged last week for “aggravated violence” and “association of malefactors” in relation to the attack suffered by former Barcelona player Hamraoui almost a year ago.

The attack, perpetrated at night by two hooded men on the outskirts of Paris, uncovered an underworld of rivalries and common crime in the environment of the PSG women’s team. It may have cut short the career of the victim, who today feels marginalized by her club and says she has spent “10 months of ordeal”. Added to other cases such as that of extortion in the family of French star Paul Pogba, it leaves French football in a bad position.

Summarizes Julia Minkowski, Hamraoui’s lawyer: “There are dangerous relationships between French football and criminal environments. Around the players there are agents who are not really agents and who are not always recommended. And there are environments that are jealous of important financial flows”.

In recent days, revelations about the Diallo case have multiplied. According to the newspaper Le Parisien, the attack on Hamraoui was part of a campaign to bring him down, not only against Hamraoui but also against the club’s former coaching staff. It was about unhorsing Hamraoui so that Diallo could renew his contract and be a starter, and the operation, in which the unofficial agent of several soccer players allegedly participated, included threats and intimidation.

“I fear for the safety [de Hamraoui], I don’t feel serene”, says her agent, Sonia Souid, by phone. “There can always be retaliation.”

Rue des Corniers, in a residential area of ​​the Chatou municipality, is a narrow street with little traffic and no shops, apart from an Asian restaurant. Everything starts here. It is Thursday, November 4, 2021, after 10 p.m.

A Toyota Corolla drives slowly down the deserted street. It is driven by PSG footballer Aminata Diallo. Next to her, Kheira Hamraoui. They have just left another colleague, Sakina Karchaoui, at her house. The three return from a club dinner party in the nearby Bois de Boulogne. Two hooded men with iron bars appear in the middle of rue des Corniers and force the vehicle to stop. They hold Diallo, who will come out unscathed, and make Hamraoui leave. They hit her on the legs and on her hand.

At first it is said that, during the attack, the hooded men uttered the words “married man”. This opens a first clue. Hamraoui was carrying a phone with a card in the name of Éric Abidal, a former Barça and French national team player and former sports director of the Barcelona club. The hypothesis, later disproved, is that Hayet, Abidal’s wife, wanted to take revenge on her for her husband’s relationship with Hamraoui. In the weeks before the attack, PSG footballers received anonymous calls from a man to damage Hamraoui’s reputation.

The other clue is that Diallo, Hamraoui’s rival for the same midfield position at PSG and with the national team, is behind the attack. On November 10, the police interrogated her and released her without charge.

In January, Hamraoui rejoins PSG. He starts another hell, with social media campaigns and banners and insults in the stadium. In April, during training, he gets into a fight with some of Diallo’s soccer friends. Part of her wardrobe makes her feel empty.

The blow, for Hamraoui, was double. “The player had been attacked, but she had also affected the woman,” says his agent.

Diallo’s September 16 indictment and leaks about the investigation challenge the narrative that Diallo was also a victim. Several suspected of participating in the attack say that it was Diallo who commissioned it. The man who denigrated Hamraoui in anonymous calls was an inmate at the Lyon jail whom Diallo knew.

The police report, according to Le Parisien, states: “It has thus been irrefutably demonstrated that Aminata Diallo harbored a true hatred towards her clubmate, whom she considered an obstacle to her own career.”

PSG refrains from making any comments in public with the judicial procedure underway.

Diallo pleads not guilty. “There is no material element that allows Ms. Diallo to be linked with the aggressors, neither directly nor directly,” her lawyer, Mourad Battikh, argued at a press conference.

Diallo has left the club after expiring his contract. Hamraoui’s contract expires in June, but this summer he was no longer part of the coaching staff’s plans and, until now, he has trained alone.

“They have a player attacked, harassed: they can’t remove her,” laments Minkowski, Hamraoui’s lawyer, in her office in the center of Paris. “They say that she is no longer part of the sports project, but rather it gives the impression that, since certain players did not want her, she has pushed her away.”

On Wednesday, Hamraoui didn’t just feel a pang to learn that Diallo would be released. When he went to the Jean-Bouin stadium to watch a Champions League match between PSG and Sweden’s BK Häcken, he saw that his number, 14, was being worn by another player.

“This morning she felt at the bottom of a hole,” said her agent, Sonia Souid, the next day, who regrets that her client’s career has been paralyzed since the events of November. “Finally,” she concludes, “the attackers got the hit right.”