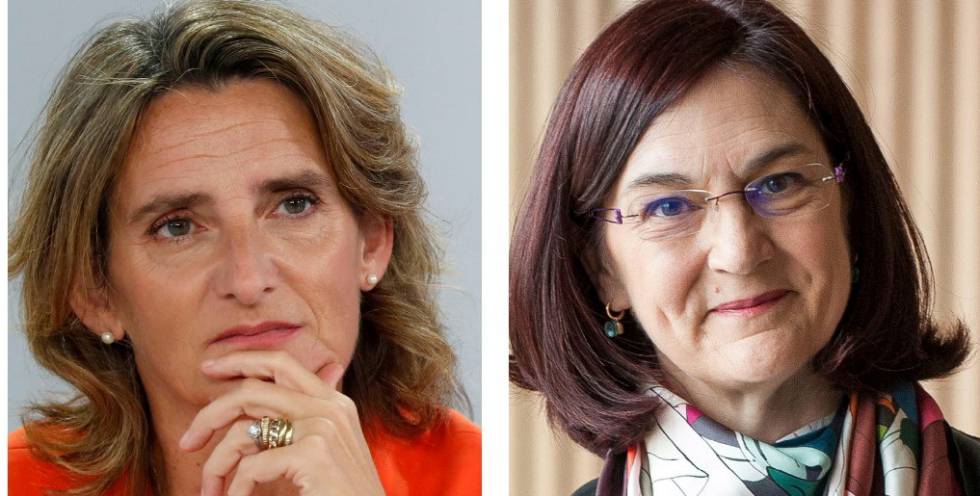 The departure of Mariano Bacigalupo as advisor to the National Commission for Markets and Competition (CNMC) threatens to cause important collateral effects. The replacement of him by María Jesús Martín, until now director of Energy in the organization itself, leaves vacant an essential position for the control of energy policies that emanate from the Ministry of Ecological Transition. The senior position that accepts this responsibility will mark the decibels in the relationship between the CNMC and the Ministry headed by Teresa Ribera, at a particularly sensitive moment for the Government due to the lack of control of electricity and gas prices.

The general directorates of the supervisor hold enormous power, while they enjoy absolute freedom in the exercise of the functions of investigation. As the entity collects in its regulations, they act “independently of the Council and cannot receive instructions from the Government.” From the respect for that autonomy, Martín constituted an intellectual profile close to the postulates of Vice President Ribera, with whom he had worked in the past. Between 2018 and 2020 he held the General Directorate of Energy Policy and Mines at the Ministry. With his departure, Ecological Transition loses a prop in the validation of its proposals.

The vacancy caused in a cascade by the departure of Bacigalupo, husband of the fourth vice president, must be resolved by public competition, “following the principles of transparency and maximum suitability for the position.” In fact, it will be the plenary session of the Council that will make the final decision after drawing up a short list of names and always based on the merits of the applicants. Official sources from the supervisor assure that it is normal for there to be several candidates for the position, while emphasizing that the CNMC is an independent authority. However, these are positions in which, due to their importance, it is difficult not to glimpse a political affiliation. The organization depends organically on the economic vice-presidency of Nadia Calviño.

In fact, it was the Ministry of Economic Affairs that announced the renewal of its leadership on September 13. The decision put an end to the barrage of criticism suffered by the CNMC in recent years due to Bacigalupo’s possible conflicts of interest. The president of the Commission, Cani Fernández, close to Calviño, had unsuccessfully insisted within the house that the directors rotate within the areas and the former director leave the Regulatory Supervision Chamber to join the Competition area, less susceptible to come into contact with the energy regulations that unravel Ecological Transition.

According to sources familiar with the entire process, given the impossibility of resolving the problem internally, the Government itself would have contemplated alternative solutions satisfactory to all parties. Bacigalupo, of proven solvency and recognition in regulatory matters but who barely had months left as a director at the CNMC, obtains a more than graceful exit and freed from future political fluctuations, since his move to the National Securities Market Commission (CNMV ) gives him a full six-year term. He also a remuneration in the environment of 140,000 euros per year.

Sources from Economic Affairs consulted by this newspaper make it clear that the relationship with the CNMC is fluid, but no candidate is being promoted. The vice president defended last week in the control session to the Executive the suitability of Bacigalupo for his new position, despite the fact that his professional performance has not been linked until now with financial supervision. “This is a Government that if something characterizes it is the appointment of people of recognized prestige, people of high qualification and enormous dedication”, she assured in her intervention.

Ribera, initially singled out for the erratic operation of the cap on gas prices, has recently gained political ground, especially after the community authorities assimilated for the whole of the European Union some of the measures advocated and put in place in Spain, including that limitation of costs in the marginal system.

The incorporation of María Jesús Martín to the Council of the institution is taken for granted, although her appointment requires the approval of the Economic Affairs Commission of the Congress of Deputies. In accordance with Law 3/2013, creating the National Commission for Markets and Competition, its powers in matters of auditing the electricity and natural gas sectors are considerable in scope and range from establishing the structure and methodology for the calculation of network access tolls to cover the remuneration of transport and distribution, up to the management and allocation of interconnection capacity.