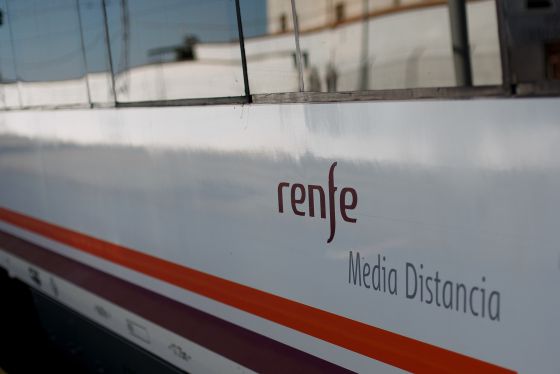 Renfe has had to modify its reservation policy due to the abuses that have been taking place since the free subscriptions for Medium Distance trains, the old Regional ones, came into force on September 1st. On these routes, unlike what happens with the Cercanías routes, seat reservations are allowed, so the most savvy travelers filled the seats with several reservations at different times throughout the same day or throughout the week, although later They did not show up for the trip. The consequence is that the trains were full up to ten days before their departure but, in reality, they were half empty.

The picaresque of these ghost reservations occurs because by taking advantage of the free subscriptions in case of no-show, the traveler does not have to face any penalty. This regulatory loophole has allowed the most savvy travelers to block seats at various times in order to later catch the train that best suits them or even not even show up at the station. The practice became widespread until it caused serious problems on regional routes such as Galicia or Castilla-La Mancha, as was made clear by the complaints on social networks.

Only return when the departure occurs

To put an end to these bad practices, Renfe has decided to change the reservation system and since last Friday, the 16th, it has introduced two important restrictions. The first is to limit the reservation of seats to a maximum of four a day, two going and two returning, so as not to harm those users who go to eat at home or have a split day. The second measure is to prevent the traveler from booking the return ticket until the outward journey has taken place, although users will have a reasonable margin of time to make this reservation.

“It is about guaranteeing the proper use of free season tickets for recurring travelers and that the greatest possible number of people can benefit from the measure,” Renfe sources point out, adding that the company has been monitoring since September 1 the operation of these subscriptions and has introduced this correction since he has been aware of the abuse.

Before the entry into force of season tickets, Renfe’s Media Distancia frequent travelers bought season tickets for ten or thirty to fifty journeys and used them according to their needs. But with the caveat that if their plans change and they cannot take a booked trip, they only have the option of canceling or changing the reservation, with a certain minimum notice. Otherwise, the amount of the entire ticket is lost. As subscriptions are now free, they can do without canceling reservations.

The free subscriptions for Media Distancia are subject to the payment of a deposit of 20 euros that are returned at the end of the promotion from December 31, provided that the user demonstrates that they have made at least 16 trips during the period of validity of the measure. . The TrenMediaDistancia_Galicia platform, one of the most active in denouncing improper reservations, has criticized the malfunction of the Renfe app through which passes are contracted and trips are booked, and the lack of controls to access the regional trains of the Atlantic Axis and the line from Santiago to Ourense, where more problems have been detected.

Until last Monday, September 12, Renfe had issued more than one million (1,011,131) free Commuter and Medium Distance season tickets valid until the end of the year. 77% of them corresponded to the different Cercanías nuclei. Added to this is the sale of 14,800 titles with 50% discounts on the usual prices of recurring subscriptions to the company’s AVE and Avant services.

The onerous story of Manolo el del bombo: ruined and unable to journey to the World Cup