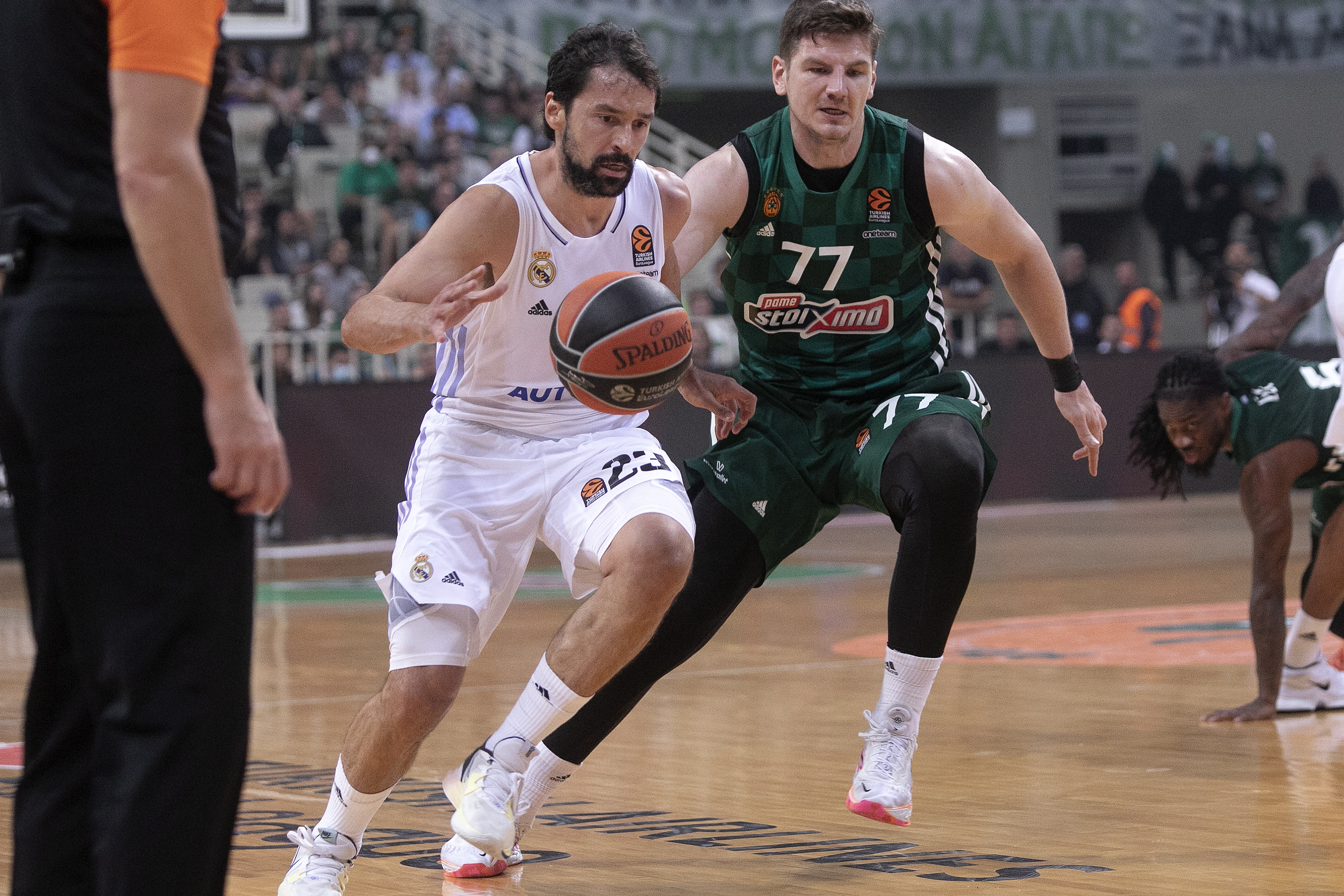 Real Madrid continues like a torpedo at the start of the season, despite the fact that the demand is rising for Chus Mateo’s undefeated team. In Athens, where last year the team came close to derailing the team with the night outings of several players, the Whites carried out a hard-fought duel in their debut in the Euroleague against Panathinaikos (68-71), who also had the victory in her hands. Despite taking the initiative and showing their virtues, with Tavares establishing himself as a monolith (14 points, six rebounds and four blocks) and Llull to the rescue (six points and five assists), Radonjic’s men were such a hard nut to crack that it was necessary to row until the last minute to seal the victory.

It was not Musa’s match, who despite adding 13 points, three assists and three rebounds, faded at times and his team suffered without his points. The Bosnian was jerky in a game in which he could barely penetrate the basket as he likes so much. The Panathinaikos defense closed all the roads and Madrid’s star signing did not have the impact of other days. The game demanded a knife between their teeth and Mateo’s men took advantage of the law that governs Madrid when things don’t look good: balls to Tavares. The pivot kept his men on both sides of the court, and had the help inside Deck, who offered a great version of false five, taking advantage of the spaces generated by the Cape Verdean giant.

Two things were clear from the start of the match: the score would be short and there would be no great advantages. Panathinaikos seemed fresher on their legs, but the Whites have plenty of resources to weather different moments of the match. Hezonja took two triples in microwave mode in Mateo’s first attempt to open the gap, but was quickly countered by an inspired Derrick Williams, the Greek team’s leading scorer (15 points and four rebounds). Each attack had its answer and the scoreboard barely took off from the two or three points. Madrid went into the break ahead with a minimal lead (27-28) thanks to a basket by Tavares seven seconds from the end.

The outside game was again the Achilles heel of Madrid, who scored two of ten shots (those of Hezonja), for five of 15 for Panathinaikos in the first half. The Hellenic team saw the hoop better from a distance than up close, finishing with 11 of 21 free throws made. In the second half, Causeur and especially Llull overcame the Whites’ statistics from the perimeter. On 23 he became the Real Madrid player with the most games in the Euroleague (346), surpassing Felipe Reyes’ record. To celebrate, the Spaniard lit up when Madrid was suffering the most to secure an advantage, even if it was minimal. With a great triple somewhat cornered in the third quarter, he opened the maximum difference in the match (55-62).

Panathinaikos reacted and tightened the match again to reach a heart-stopping finish. But again, the record man of the night pulled a genius out of his hat and when extra time was considered a real option, he pulled a very distant tangerine with a minute to go that practically sealed the win (65-71). Radonjic’s men managed the last moments poorly, letting Madrid move down the pitch instead of taking a quick free kick, and they ran out of options. Lee Paris scored a triple at the buzzer that, if he had taken better advantage of his attacks, could have led to a tie or victory for his team.

The first day of the Euroleague had a Spanish duel that was also tremendously disputed. Baskonia managed to beat Valencia (71-81) at La Fonteta with a stellar Kostar (21 points, nine rebounds and four assists). The center, along with a fiery Giedraitis (19 points, eight of 11 shots, and seven rebounds), crushed the drive of Mumbru’s men, who started the game ahead, but sank before the break and the end of the game.

Valencia managed to open the first gap of the match in the second quarter, with an 8-0 run that put the score at 31-22. But Penyarrolla’s men reacted and took their rival ahead with an even stronger 17-2 run to go ahead at halftime (33-29). Mumbru’s men recovered their pulse after the restart, but Baskonia was no longer going to let go of control of the match. Valencia tightened the scoring at times, although not enough for the people of Vitoria to seriously see the victory at risk.