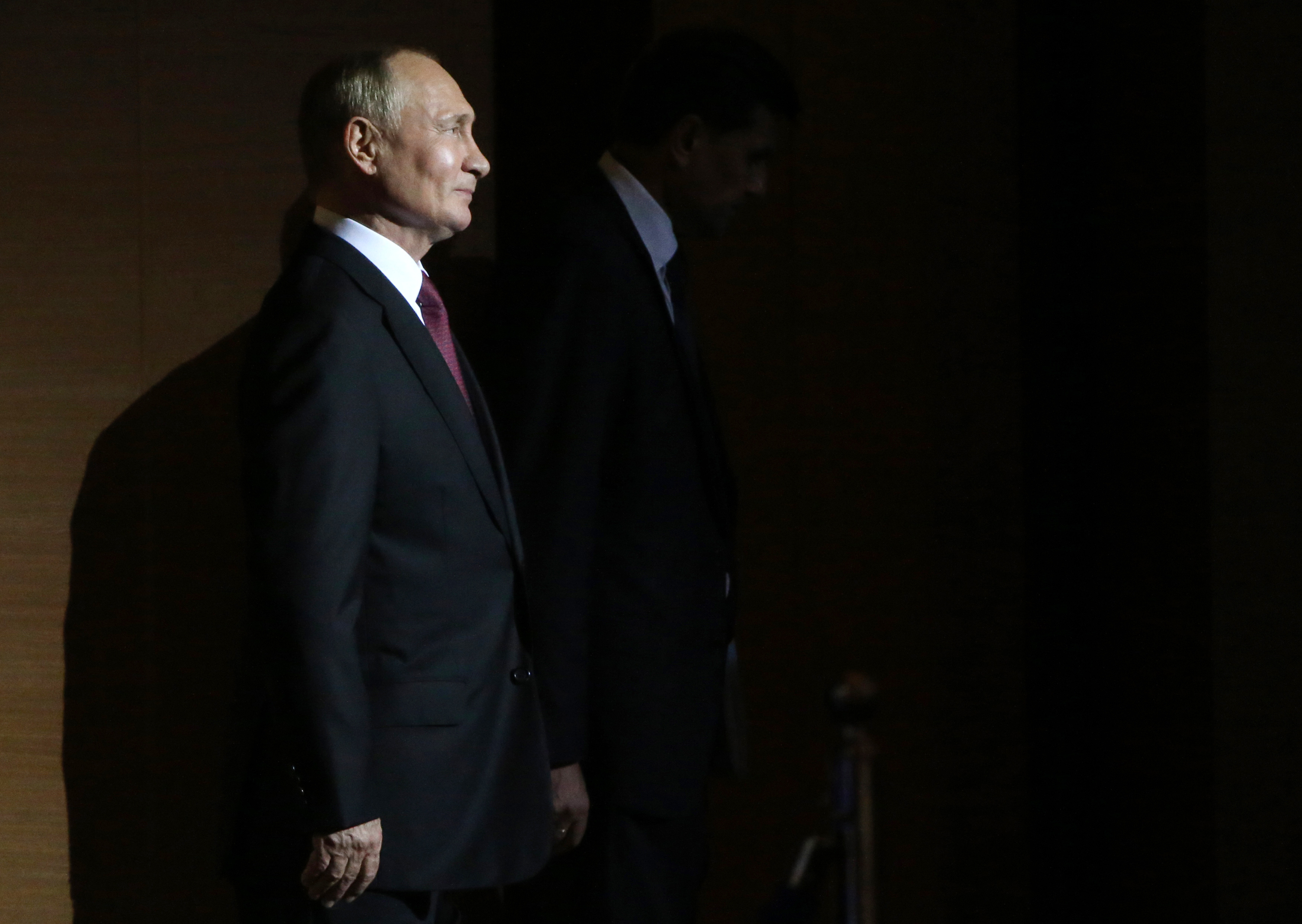 What is it that Jerome Powell, chairman of the Federal Reserve, understands, but Vladimir Putin does not? Okay, I know this may sound like a trick question, or a desperate effort to offer a counterintuitive view of recent events. We can say that the Fed has declared war on inflation, but that is just a metaphor. Russia’s war against Ukraine, unfortunately, is completely real, causing tens of thousands of deaths among soldiers and civilians.

However, the Federal Reserve and the Putin regime have this in common: they have both taken far-reaching policy actions this week. The Fed has raised interest rates in an attempt to curb inflation. Putin has announced a partial mobilization in an attempt to salvage his failed invasion. Both initiatives are going to cause pain.

One important difference, however—apart from the fact that Powell is not, to my knowledge, a war criminal—is that the Federal Reserve is taking steps to maintain its credibility, while Putin seems determined to squander what might still be to give.

Regarding the Fed, I am concerned about the repercussions of the rate hike. There is a serious risk that his actions needlessly push the United States and the world into a severe recession, not least because it’s not just about the Fed, but central banks are raising rates around the world, and this tightening monetary policy on a global scale could very easily lead to a kind of destructive synergy. However, if I were in Powell’s shoes, I probably would have done the same. Because the Fed is concerned by all means to preserve its credibility with respect to inflation.

Notice that I said “preserve”. The Federal Reserve—just like a server—was unable to predict the rise in inflation. But neither the markets nor the public lost faith that, in reality, prices would fall in the fairly near future. This is an important asset. Expectations that inflation will be subdued are the best reason to believe the Fed can engineer a relatively soft landing: an economic slowdown, to be sure, perhaps a recession, but not a time of sky-high unemployment like the one it took to end the the price boom of the 1970s. And the Federal Reserve is acting to protect this asset by trying to bring down current inflation in time so that citizens retain faith that future inflation will be low. I do not like this. I will call for a monetary shift as soon as we have clear evidence that prices are indeed going down, but I fear that the institution Powell chairs is correct in thinking that maintaining credibility is important.

It is obvious that Putin does not have the same concerns. His speech on Wednesday was filled with apocalyptic rhetoric that portrayed Russia as a victim of attacks from across the West. However, he did not announce the full mobilization that might be expected to accompany those words. Instead, he released a series of half-baked measures that defense experts doubt will do much to change Russia’s downward military trajectory. I have no reason to question his opinion.

However, what surprised me was that the new measures constitute a betrayal of Russians who believed in Putin’s past promises. Soldiers for hire in particular—people who volunteered to serve for a limited time—have suddenly found themselves trapped in the service for an unlimited future. The move may bolster Russia’s troop numbers in the coming months, but in the future, who will be foolish enough to volunteer for Putin’s army?

The Russian president’s clumsy initiatives in economic warfare are creating somewhat similar credibility problems. Russia has largely cut off natural gas supplies to Europe in hopes of intimidating Western democracies into stopping providing military and economic aid to Ukraine. In this way it is managing to cause a lot of economic suffering; energy prices have skyrocketed and a serious recession on the continent seems very likely.

However, the West is not going to abandon Ukraine, especially considering the war successes of the Ukrainians. So Putin’s attempted economic bullying, as well as his partial mobilization, are surely not going to change the course of the war. What they are achieving, instead, is showing how dangerous it is to do business with an erratic and authoritarian regime. This means that even if the Ukraine war ends, Russia’s trade relations will not return to normal. As long as Putin or someone like him remains in power, Europe will never again allow itself to be so dependent on Russian energy.

Putin is involved in what we could call a bonfire of credibility. His desperate short-term efforts to salvage his war of aggression are undermining Russia’s future by making it clear that he cannot be trusted by his president. Going forward, Russian citizens will not volunteer to serve in the military, lest they end up trapped in a kill zone. And European companies will not sign contracts with Russian suppliers, just in case their business gets bogged down in economic blackmail.

Credibility may seem malleable and can be abused to justify objectively bad policies. And being too rigid about following rules that have been overtaken by events can do a lot of damage. But maintaining credibility—showing that you will keep your promises—is important. Apparently, Putin doesn’t get it, and his disregard for past promises could be his downfall.

Paul Krugman He is a Nobel laureate in economics. © The New York Times, 2022. Translation of News Clips.

The energy drink in which Rudy Fernández, Fernando Alonso and Aleix Espargaró invest