Prosol, cups of coffee that put Palencia on the world map

It is very likely that, without knowing it, behind that little coffee you are tasting right now or thinking about preparing – without a doubt, at this time, better with some ice – you will find Prosol, a leading Palencia company in soluble coffee and cereal products. and mixtures, which, in addition, also offers that green grain that constitutes its raw material in single-dose capsules.

They work for a private label, but working in the shadows does not prevent them from shining on the shelves of the leading Spanish distribution brands. “Here we sell to the top supermarket groups and abroad we also have important firms,” ​​acknowledges Rocío Hervella, one of the three people who, “along with the 72 investors who trusted in the project,” founded the company 24 years ago in Venta de Baños (Palencia).

Prosol’s aspiration is for its product to be chosen in all blind coffee tastings and to become the best alternative thanks to its combination of quality and functionality.

In 2005, together with Julián Espegel, her partner and husband, they acquired 99% of the capital, becoming sole administrators of the company. A reverse path to the usual, from such beginnings to making it familiar and establishing it among the Spanish medium-sized company, which already says a lot about this enterprising and multifaceted woman, a benchmark in the Castilian-Leon business world.

And not only that, Hervella has been the first president of a Family Business in Castilla y León and is vice president of the Spanish Coffee Association (AECafé). A curriculum that, without ending there, always converges on a common ingredient: the permanent requirement, “to seek excellence. If it is not contributed and transcends, it is not worth the effort. And this involves us all: team and clients, for whom we also set the bar high”, she explains. 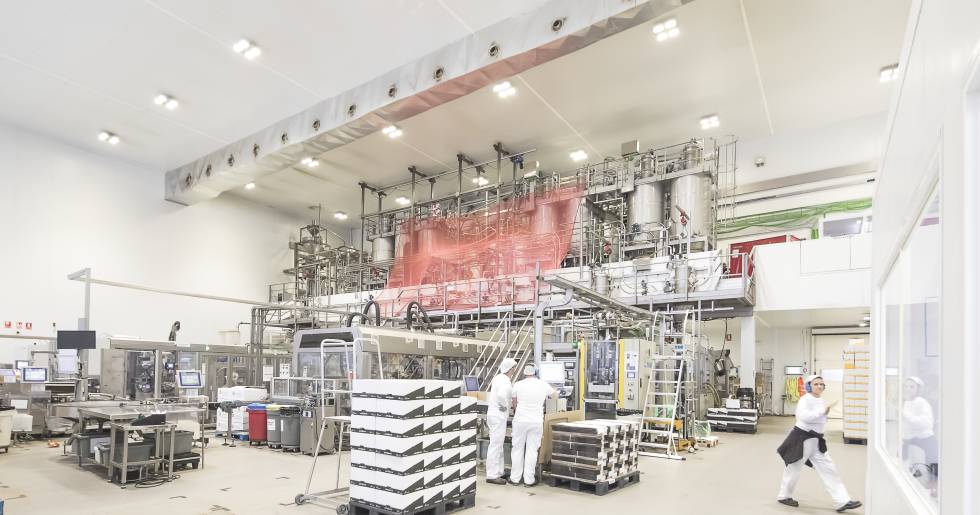 His aspiration “is to be the chosen product and the best alternative in any blind tasting.” And this philosophy bears fruit. In addition, with a lot of technological support from the beginning of the buoyant Valladolid automotive company. “We have always worked in an ecosystem, with synergies and alliances,” adds the businesswoman.

Today, more than half of the 13 million cups of Prosol coffee consumed daily come from the international business. Portugal, France, North Africa and some areas of the US are some of its 30 destinations. In 1999, Prosol sold the first kilo of coffee abroad, to England. “We were born with that vocation”, underlines the co-founder. And it is that the minimum volume required to make this type of transformation company viable exceeds what is imaginable. Since it began, Prosol exceeded the consumption of the entire Spanish market.

Entrance of the Palencia factory.

75% of the brand’s business comes from its flagship product: soluble coffee, now also in fully customizable and sustainable packaging. In capsule, roasted or soluble? Of the three possible options to present the doses –with its three prices per cup, around 30, 15 and 2 cents, respectively–, Prosol works with two. It does not roast coffee, but the partners have a relevant stake and, therefore, a significant position in a firm in Madrid that does.

As she herself defines it: “It’s a dream come true. There is a state-of-the-art factory where there were only pastures and sheep”; one of the four existing in Europe that, almost, quarter of a century ago. The more than 95 million invested lead the national ranking of the sector in the last 20 years. A lot of innovation crystallized in three kilometers of pipes, where just using water and heat, that original bean “becomes a quality coffee, also at a very reasonable price -sometimes 50% less than the competition-, and almost personalized according to the host country”.

“Demand varies a lot. In markets with a tradition of drinking tea, they prefer instant coffee – which accounts for 3/4 of Prosol’s business – while, for example, the Portuguese like to combine it with cereal and chicory. It is essential to listen to the client, in which the middle class predominates”, emphasizes Hervella. This tasting task falls directly on a Costa Rican, Gabriel, twice recognized with world awards.

If for Prosol, as a comprehensive company, the supply chain was already complex, “a Tetris”, now the macroeconomics. It is not necessary to read the coffee grounds to venture that “a few years are coming that will force us to accelerate investments and forget about heritage. It’s time to gain competitiveness, protect the cash and try to offer the best coffee in the same way, economically”, says the director. At the moment, Prosol is not stopping plans and will incorporate Amazon as a sales channel before the end of the year.

Promueve program and the omnipresent syllable 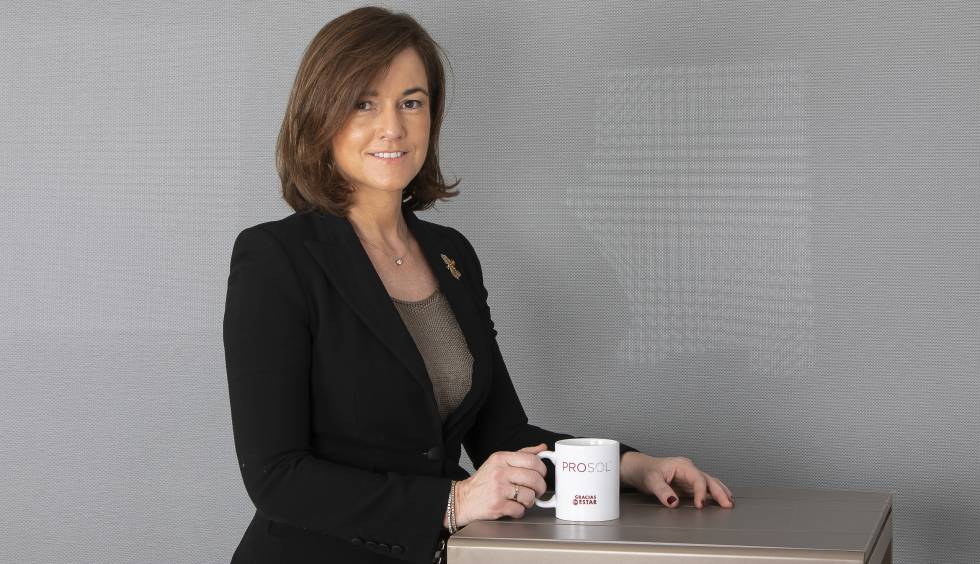 Rocío Hervella, CEO of the company.

Just as Prosol’s raw material is not in dispute, neither is its favorite prefix: “pro”. Logical, because the meanings of anticipating and driving forward are in its hallmarks. Almost all of its socio-environmental impact actions begin like this, “under the umbrella of the Promueve program, through which we have the Provincial Organ School of Palencia, as protection of cultural and rural heritage. To enhance the environment”, says Rocío Hervella, CEO of the company.

Hence, apart from worrying (“caring” better, I would correct) for the cultivation of coffee, they do so for talent. When the sugar factories were restructured, they employed the boilermakers of the area, as well as the usual surplus of engineers.

At the same time, everything related to education is another axis. Produal or the recently promoted Aula del Café are initiatives that show this robust union with the university and professional training. Always, with special care towards its 300 direct workers. “We offer quality employment, with security and conciliation as bases. Our fertility rate is noteworthy, above the average, and our commitment to the UN Global Compact and the Women’s Empowerment Principles”, she concludes. 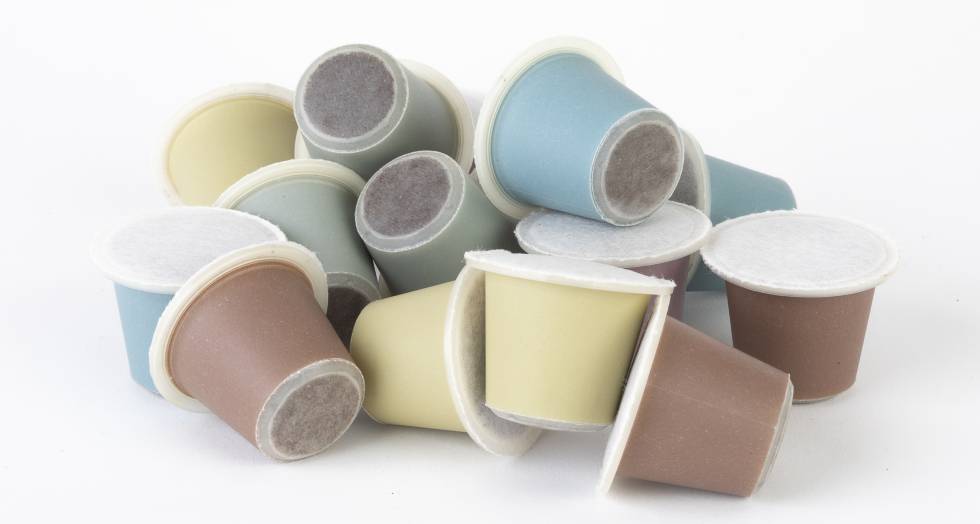 Zero waste. By obtaining the Aenor Zero Waste certification, they became the first food company to achieve it. Prosol gives a second life to 95% of your waste. This transformation and commitment to sustainability is based on digitization and big data.

Compostable. Among the company’s milestones is the launch last year of a single-dose capsule “that degrades like a banana peel,” says Hervella proudly. In addition, all the brand’s packaging is recyclable and recycled.

Award. Last April it received the Forbes-Credit Suisse Sustainability, which recognizes both the commitment and the transcendent fusion of the R&D and environment areas, as well as the local and social nature of everything they do.