Prick of the Podemos counter-summit against NATO: less than 100 people in an auditorium of 1,200

The first day of the counter-summit of the anti-NATO, supported by Podemos and IU, fails miserably in attendance. As OKDIARIO has witnessed, less than a hundred people have approached to the Marcelino Camacho Auditoriumfrom CCOO, in the center of Madrid, to criticize the Atlantic alliance.

The auditorium of the aforementioned union has a capacity of 1,200 people How do you collect press articles? However, the photographs that accompany this information show that not even 10% has been filled. In addition, the organizers of the event have had to put curtains to cover half of the seats.

The entrance to the event was free, however, it has not exactly managed to capture the attention of the masses against NATO. On the first day, several international attendees of movements from different countries in Europe and Latin America. As usual, among the public, very old people who already chanted the motto of “Not NATO, bases out!” the last century. Young people have turned their backs on this event.

The summit program includes the participation of various political positions of Podemos such as Lucía Muñozdeputy in Congress for the Balearic Islands or Alex Zapico, secretary of Civil Society and Popular Movement of the purple party. On the part of IU, MEPs such as Sira Rego, Manu Pineda or the former manager Willy Meyer. The Minister of Consumption and his federal coordinator, Alberto Garzonhas supported the acts, but has indicated that he does not know if he will be able to attend any of the acts of the counter-summit. 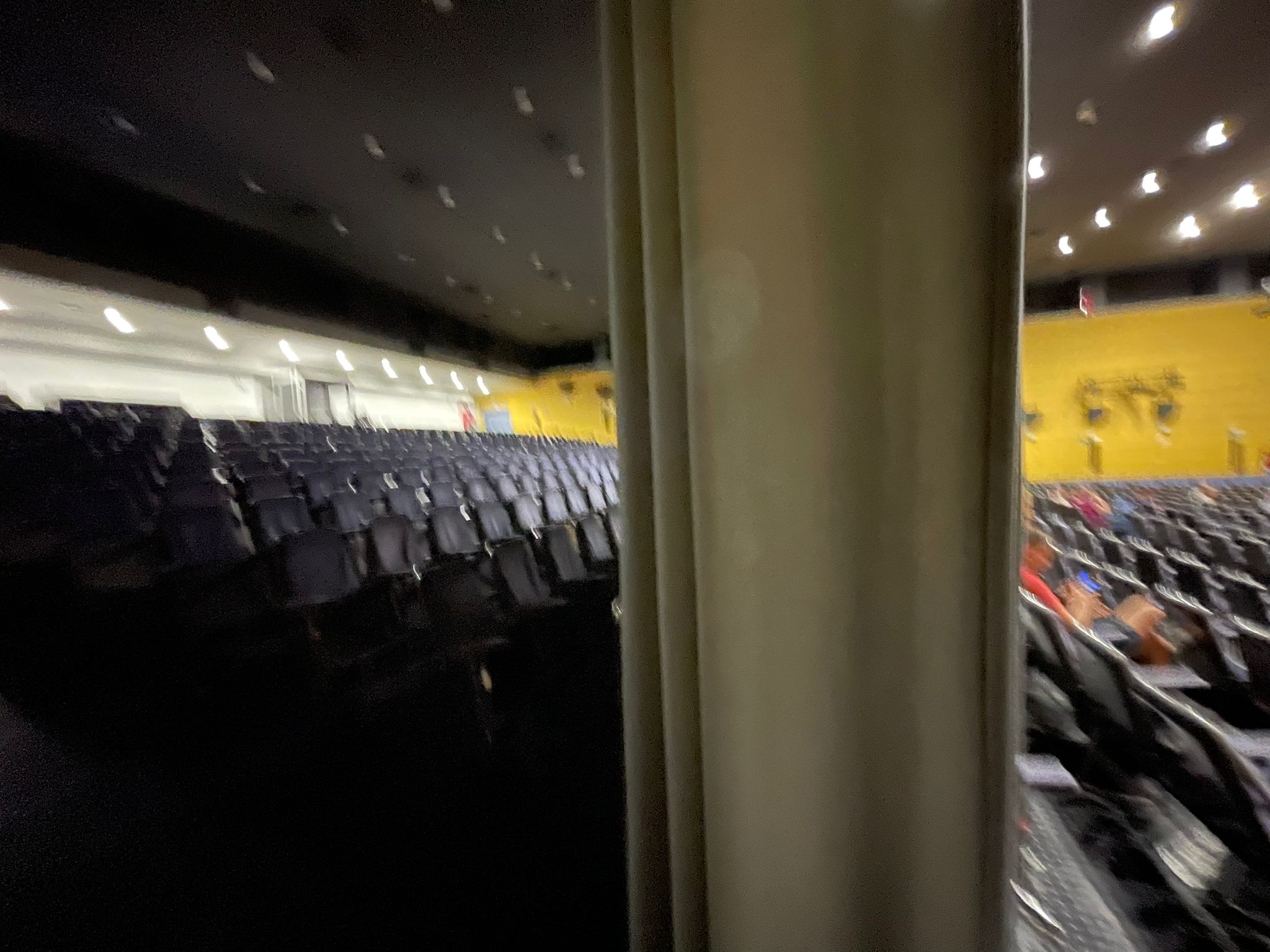 Curtain that hides half of the auditorium.

The program of the counter-summit also includes various panels against increase in arms spending as will be raised at the NATO summit. Also, there will be a discussion on security mechanisms demilitarized, the food crisis or climate change, among other aspects.

The climax will be on Sunday with a demonstration in Madrid, from Atocha to Plaza de España, to make clear their rejection of the Atlantic alliance and even demand its dissolution, as stated in the unitary manifesto of the organizations that make up the platform. The banner will be displayed No to war, no to NATO and for peace», along with two other prominent slogans within the demonstration such as «No to militaristic budgets. We do not pay for your wars» and «(Military) bases outside».

In between the organizations driving this alternative summit include Ecologists in Action Madrid, YayoflautasCitizen Tide, Workers’ Solidarity, Disarm Madrid, NATO Not Madrid, la coordinadora 25S, CCOO, Fridays for Future, Transform Europe, Greenpeacethe International Federation of Women, the Sao Paulo Forum, Rebellion or Extinction, the Polisario Front, the World Council for Peace, the European Social Forum of social and trade union forces, the Women’s International Democratic Federation and the Rosa Luxemburg Federation, among others.

Willy Meyer stressed that the parallel summit will highlight that NATO is «an obstacle to peace, for a demilitarized security framework and to reduce military budgets». He also criticizes that one of his points is the so-called “NATO 360 degrees” strategy and that, in his opinion, is to give him strength to “be able to intervene throughout the world without authorization from the UN Security Council”, which contravenes international law and the Charter of the United Nations. In addition, it affects the commitment of raise the military budget by 2%.