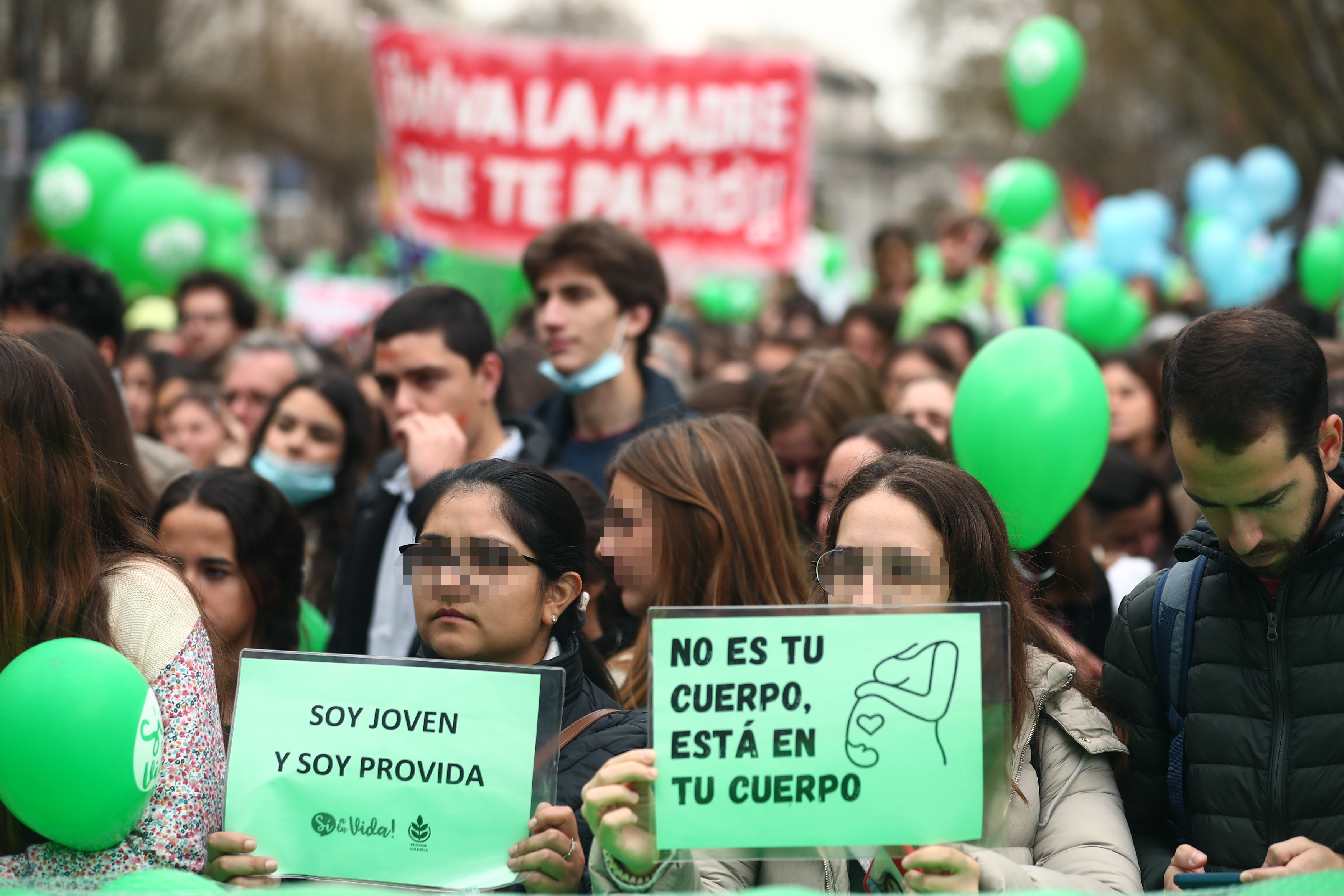 PP and Vox have presented in Congress amendments to the entire trans bill and the abortion reform and have asked that both regulations be returned to the Government, while Ciudadanos has presented an alternative text to the second of the initiatives to defend wombs for rent (which they call surrogacy). After agreeing on the urgent processing of both projects, this Wednesday the deadline for submitting the amendments to all of the two initiatives promoted by the Ministry of Equality has ended.

The main objective of the abortion reform is to guarantee voluntary interruptions of pregnancy in public health and eliminate the requirement of parental consent for girls aged 16 and 17. The trans law, for its part, will allow the change of sex in the registry without the need for medical reports or hormonal treatments.

In its amendment to the entirety of the abortion reform, the PP accuses the Government of ignoring “a great legal, political and social controversy” without attending to experts or waiting for reports. In his opinion, it is an “unnecessary, inopportune and hasty” project with precepts of “questionable constitutionality”. The popular demand a sexual affective education that promotes relationships based on respect and responsibility and sees “absolutely essential for an advanced society to facilitate support for motherhood”, with sufficient budget allocation.

Vox also flatly rejects the reform of the abortion law, considering that it “disregards the most fundamental of rights” and that it is “against natural law, common sense and the sacredness of human nature.” “In the face of the culture of death, Vox defends life from conception to its natural extinction,” the far-right party underlines in its amendment.

Ciudadanos, for its part, has decided to present an amendment to the entirety with an alternative text to show its rejection of the inclusion of surrogacy as a form of sexual violence against women. It is committed to regulating surrogacy “altruistically”. As liberals, the group points out, they reject “the moralizing tone with which the Ministry of Equality intends to tell Spanish women that they do not have the freedom to be pregnant if they so wish.”

In its amendment to the entire return to the Government, the PP criticizes the trans and LGTBI rights bill as “ideologized, incorrect from the technical-legal point of view and of questionable constitutionality.” The PP rejects “gender self-determination” and that gender can be equated with sex.

“The project advocates a paradigm shift throughout the legal system, seeking to redefine who is a man and who is a woman, which will mean that discrimination based on sex cannot be justified, much less violence against women,” warn the popular, in line with a part of the feminist movement.

It is also one of the main arguments of Vox, which sees in the trans law a “battery of indoctrination and social engineering measures”. It questions this force that “gender ideology” is imposed over sex and warns that allowing the change of sex by mere will opens the door to “biological males” in women’s sports and other specifically female areas, such as prisons, toilets or shelters.

The minister defends the trans law

The Minister of Equality, Irene Montero, has defended this Wednesday that the Law for the equality of trans people and guarantees of rights of LGTBI people deals with “the most material right that exists” for a person that is “the right to be who is without being discriminated against” and, therefore, has indicated that he believes that this rule “is the most reasonable” that the Government “can do”. During his speech before the commission of the branch in Congress, Montero has indicated that, “even in the surveys” on this rule in which he asked himself trying “to make the opposite come out”, it has been determined that it is one of the texts “that more social consensus generates”.

In fact, he has reminded the PP, after the criticism of the norm that the popular deputy María Auxiliadora Pérez made in her speech, that “three years ago they signed in favor of an opinion to reform the current law to recognize the free determination of gender ” which they now reject. “It was close to a dollar to become law,” explained the minister, before recalling that this initiative did not come to an end at the end of the legislature. Even so, she has not been surprised that PP and Vox have presented this Wednesday an amendment to the entirety of it.