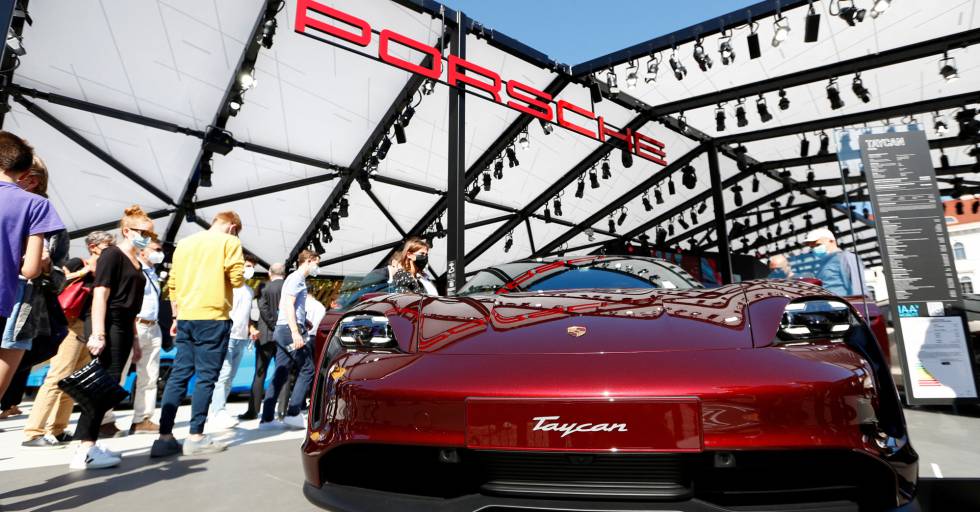 The traffic light is about to turn green for Porsche. The premium brand, which last year accounted for more than a quarter of the profits of the entire Volkswagen group with just 3.4% of the sales of the German consortium, will make its debut on the stock market on September 29as reported by VW on Monday, in what will be the largest IPO in Europe in the last decade.

According to the prospectus published by Porsche on Monday afternoon after the close of the Frankfurt Stock Exchange (where it will be listed), Volkswagen values ​​Porsche at up to 75,157 million euros with a price per title that is between 76.50 and 82.50 euros. The brand, which will have a total of 911 million shares in a nod to its legendary 911 model, will only release an eighth of these titles. It expects to enter between 8,710 and 9,390 million euros.

For this operation, the company will be divided as follows: there will be 50% ordinary shares (they will not go public) and 50% preferred shares without voting rights. Of the ordinary shares, 25% plus one will be sold to the holding company of the Porsche-Piëch family which controls 53.3% of the VW group. These securities will be sold to said holding company at the placement price of the preferred shares plus a 7.5% premium.

On the other hand, of the preferred ones, 25% will go public, making a total of 113,875,000 titles. This is what large international investors and retailers from Italy, Spain, Germany, France, Austria and Switzerland will be able to acquire. So far, the Qatar Investment Fund (QIA), Norway’s sovereign wealth fund Norges Bank, T. Rowe Price and ADQ have committed to buying shares in the brand worth up to 3.68 billion.

Of these, QIA is the one that has committed to acquire the most shares, with a total of 22,729,450 titles, which represents 4.99% of the preferred shares. That is, QIA will pay up to 1,875 million for the Porsche titles. For its part, the Norwegian sovereign fund Norges Bank and T. Rowe Price will pay a maximum of 750 million each, while ADQ committed to a maximum of 300 million shares.

In addition to these large investors, retailers from European countries, including Spain, will also be able to acquire Porsche titles. In the Spanish case, the person in charge of its sale will be the Santander bank, which ensures 3.75% of the offer.

Porsche has hired a legion of banks to carry out this operation. Citi, Bank of America, JP Morgan and Goldman Sachs will act as global coordinators; while BNP Paribas, Deutsche Bank, Morgan Stanley, the aforementioned Santander bank, Barclays, Société Générale and UniCredit will act as financial intermediaries. Lastly, Mediobanca acts as financial advisor to the Porsche board of directors in the operation.

In the brochure published by Porsche, the company expects to pay its shareholders an annual dividend of 50% on profit after tax. For this year, the car company will pay a first dividend to be paid in 2023 for a value of 911 million euros plus the extra dividend of one cent per share.

In the document, Porsche explains that it plans to increase its sales this year to a range of between 38,000 and 39,000 million, which would mean an increase of between 14.8% and 17.8% compared to the income that Porsche had registered in 2021. That year was already a record for the brand, surpassing the barrier for the first time of the 300,000 deliveries in a year. Also, the company indicates that it forecasts a return on sales of between 17% and 18%which would mean an increase compared to 16% in 2021.

Boost to the electric car

With this IPO, the Volkswagen group intends to obtain income for its costly conversion from combustion car to electric, in addition to the large investment in software that is expected for the coming years. According to estimates by the Volkswagen group, investment in electric cars could amount to a total of 52,000 million until 2030, while spending on software will be 30,000 million.

Among the investments that the group will make for its transition to the electric vehicle is not only the production of electric models itself, but also everything related to the production of batteries. The German group plans to build six gigafactories in Europe during this decadeof which one will be located in Spain, in Sagunto (Valencia).

This plant, which will require an investment of 3,000 million and will begin its activity in 2026, will allocate its production, at least initially, to the electric cars that leave the plants that the Volkswagen group has in Spain.

The German consortium announced in the middle of this year the creation of a company called PowerCO, which will be in charge of managing the car’s battery business. According to information from Bloomberg, Volkswagen does not rule out also listing PowerCO in 2023 in order to obtain more funds for its electrification. PowerCO plans to invest 20,000 million to develop its business until 2030.

Change of leadership for this operation

Blume, at the controls. On July 22, the Volkswagen group announced a change in its leadership. Herbert Diess ceased to be the CEO of the company and his position was occupied by the boss of the Porsche brand, Oliver Blume. Blume, who assumed the position on September 1, will be in charge of leading the company in this operation and will do so as the head of both the group and the Porsche brand itself. This double role of Blume has generated doubts in some investors about the future independence of Porsche.

Since 2015 at the head of the brand. The new CEO of the German consortium has been the head of the Porsche brand since 2015 and since 2018 as a member of the board of directors of the Volkswagen group. “[Blume] is the right person to lead the group and further enhance its customer focus and the positioning of its brands and products,” said the chairman of the group’s supervisory board, Hans Dieter Pötsch, when the appointment of Blume as CEO was announced. from VW.

The difference between paella, arroz a banda and arroz al caldero