Pixel, Galaxy & Co.: These smartphones will be updated to Android 13

After four beta versions, Google published the final release of Android 13 in mid-August (heise online). Experience has shown that the first devices that will receive Android 13 “Tiramisu” shortly after the release are the models from Google’s Pixel series. Other manufacturers will only update later this year or next year, once they have adapted the operating system to their own hardware and user interfaces. There is therefore no guarantee for the update or specific dates. However, we will update this post regularly when manufacturers provide new information about an update.

With Android 13, Google is continuing the new “Material You” design. Google also wants to ensure more accessibility for users with limited abilities. A new Accessibility Reader is available for this purpose, which is intended to help people with impaired vision read long texts on the screen.

The Lookout app can now evaluate photos. In addition, the language of apps is no longer stubbornly based on the set system language. Users can now also create their own profile picture. It should also be possible to set up custom tiles for the quick settings directly in an app. Android 13 also allows certain apps to be assigned to a guest profile. Users can also specify for individual images and videos whether apps can access them. Google explains more about the features of Android 13 on its blog. 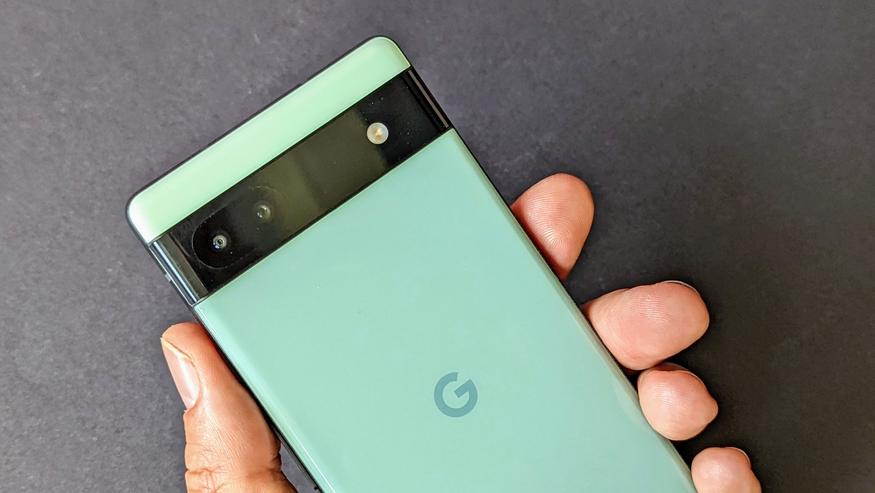 Google uses the Pixel series models as a reference to show what can be done with Android. Google promises an upgrade to the next Android version for its Pixel devices for at least 3 years after the market launch. In the past, the Pixel series models have already received the new Android version shortly after the release. The Pixel 3, however, will get nothing from Tiramisu this time, because Google only guarantees three version updates and five years of patches. The rollout for Android 13 is already underway for these devices:

In the past, Samsung wasn’t known for brisk Android updates. But that has improved significantly. As the company explained in August 2020, selected Android smartphones in the Galaxy series will receive three major Android upgrades. The newer top models of the Galaxy S series can even count on four Android updates. First up is the Galaxy S22, followed by the Galaxy S21. If Samsung keeps its promise, the following phones should get an upgrade:

Xiaomi provides updates for its own MIUI user interface relatively quickly. The company isn’t always so brisk when it comes to Android upgrades. However, buyers can count on Android 13 for the high-end models and bestsellers. The Xioami 12, but also the devices Xiaomi 11, Xiaomi Mi 11T and Xiaomi 11 Pro should receive up to three Android updates. The other devices in the Mi series usually receive two major Android updates. With Redmi and Poco, this can vary depending on the device. Xiaomi provides more information in its Security Center. The following devices are candidates for Android 13:

HMD Global promises Android updates for the X series devices for three years. There are two software upgrades for the G-Series. This gives owners of cell phones from the last two years great hope. These devices can expect an upgrade to Android 13:

In the past, OnePlus has been reliable in delivering timely Android updates. The company is also involved in the beta version of Android 13 with the OnePlus 10 Pro. Top models can expect up to three Android updates. Nord series devices will receive a maximum of two software upgrades.

Oppo promises two major Android updates for its Find X and Reno series devices. This means that devices that have already come onto the market with Android 11 have a realistic chance of Android 13. First up is the Oppo Find X5 Pro, which is also participating in the Android 13 beta phase.

Oppo’s sister company is promising two major updates for the Realme GT2, as well as the Neo 3 and Neo 3T. The GT2 Pro should even get three updates.

The company only gives an update guarantee for three years for the top model Vivo X60 Pro as well as X80 and X80 Pro. The latter devices are also involved in the beta program.

Sony gives a two-year update guarantee for its high-end models. This gives all smartphones that were still delivered with Android 11 a promising chance of an update. The following models are eligible:

Motorola was once a pioneer in Android updates, relying on Android One. However, many devices are currently still waiting for an update to Android 12. Motorola only guarantees a system update and security patches for its devices for two years. At least the top models of the Edge series have good chances of Android 13.

Asus is involved in the beta phase of Android 13 with the Zenfone 8, and an update can definitely be expected for this device. The new Zenfone 9 comes with Android 12 and can expect at least two upgrades. It is difficult to estimate the chances of the Rog series gaming smartphones.

As an independent company, the former subsidiary of Huawei is no longer affected by the US ban. There should be an Android update for the current top models. For the Magic 4 Pro there is an update promise for two years.

It may be some time before Android 13 finds its way onto many phones. The fourth-generation Google Pixel devices will be the first to receive the update. Manufacturers participating in the beta phase of Android 13 have a good chance of timely upgrades. These include Oppo, Realme, OnePlus and Xiaomi. The update is just as likely for the smartphones of the Galaxy S and A series from Samsung as for the current models from Nokia.