Physiotherapists in Madrid: 30 years without oppositions 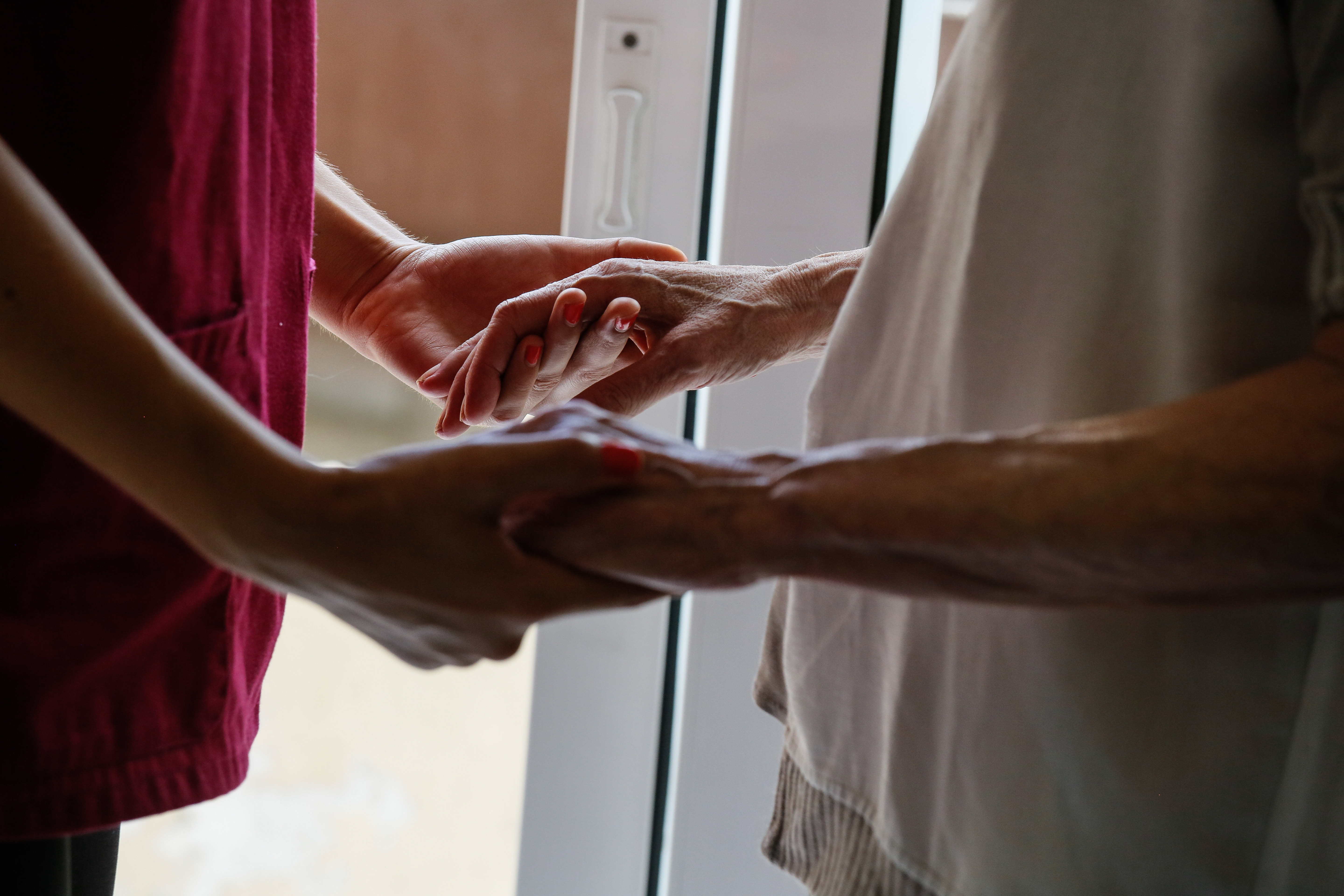 Susana Valles has been working as a physiotherapist at a Special Education school in the Community of Madrid since 1990. As a health worker, she works with minors with cognitive disabilities and all kinds of motor pathologies, neurological injuries, syndromes and behavioral disorders; patients who arrive at three years old and leave at 21, and whose weights range from 10 to more than 120 kilograms. A task that includes rehabilitation, re-education, prevention and, many times, preventing these pathologies from getting worse, in a work routine like that of any other professional colleague. What is not so normal is that since then, 32 years, as an interim and that he has never had the opportunity to present himself to some oppositions to consolidate his job: “After 32 years of service, the Community of Madrid He says that we must demonstrate that we know how to work in our positions, something completely crazy”, he claims.

His is not an isolated case. It is estimated that, in the Community of Madrid, there are more than a hundred and a half professional physiotherapists who work under the umbrella of the Ministry of Education, developing their work in Special Education centers and in integration schools with students with functional diversity. The vast majority are interim: “The last oppositions to fill our positions were held in 1992, and since then we have been working as interims and without the possibility of stabilizing our positions,” explains Lourdes González, about to celebrate 20 years as a physiotherapist in the Public School of Special Education Guadarrama. Years and years without job security and having to train on her own to carry out her work effectively: “Due to the particularity of our patient-students, all [la mayoría son mujeres] We have had to specialize through specific courses, bibliographic reviews, individual case studies, search for external professionals with whom to collaborate…”. An irregular situation that also affects physiotherapists who work for the Madrid social services (AMAS), that is, nursing homes and disability centers.

María del Carmen Martínez, for her part, has been a physiotherapist for 29 years (since March 1993) in an Early Childhood and Primary Education school with integration of students with motor dysfunction. Almost three decades without being able to consolidate her position “or enjoy the physical, psychological and economic advantages that a permanent position entails,” she admits. Almost 30 years since that call for public employment until the one that finally took place in November of last year, when the Madrid Executive rushed to call a whole series of oppositions before the new Law 20/2021 came into effect, of December 28, of urgent measures for the reduction of temporary employment in public employment. A call that has only served to stir things up even more.

Why? To understand the general malaise among these professionals, it is necessary to go to the details of the call, which will take place with a non-specific agenda, which they consider inappropriate, and in the form of free competition (with two qualifying exams), instead of doing it by simple merit contest. “Of the forms of public employment offer recognized by law (competition-knowledge exam, free opposition or simple merit competition), the new law carries out the process respecting the free access of candidates, but in merit competition, which it values ​​the experience and postgraduate training acquired in those interim years”, explains Aurora Araújo, dean of the Professional College of Physiotherapists of the Community of Madrid. In addition, it recognizes the right to compensation for those active persons who do not pass the selection process (financial compensation equivalent to 20 days of fixed remuneration per year of service and access to employment exchanges where the call contemplates it). The one in Madrid, however, occurred prior to the approval of this law, and therefore is not obliged to comply with it.

Another of the most criticized aspects is related to what they consider a multiple comparative grievance. On the one hand, because in the Madrid call, any physiotherapist will receive the same score for their professional experience, regardless of where it has been accumulated. Something that would be fair if it weren’t for the fact that, in the case of oppositions for their Health counterparts, published in the BOCM on May 30, the professional experience of Education physiotherapists will count less than that of their peers, for the simple fact to belong to another council. Sandra Ramos, interim physiotherapist for 15 years in a center for the physically and mentally handicapped, appeared in 2018 for oppositions from the Madrid Health Service where the scale also scored less for being employees of a non-health center: “It is a difference which makes no sense, since both professionals do the same job. When a user of my center arrives with a stroke or a fracture, they ask us to do the necessary rehabilitation, despite being pathologies belonging to Specialized Care (hospital network). And this is due to the characteristics of our users and because we are more prepared to serve them”.

Then, Araújo recalls, there is also the case of the affected people who work in residences for the elderly, “who saw how a public employment stabilization process was carried out that did affect other professional categories, but left out those of Physiotherapy and Social work”. “They are punishing us with extremely difficult free access oppositions, when they are the ones who have and are breaking the law, without ever having offered the possibility of consolidating the position. It is humiliating that, after 30 years, they tell you that you have to prove your validity in the position,” Martínez denounces. The reduction of temporary employment in the public sector below the threshold of 8% is marked by the European directive 1999/70/EC, which means that, in practice, these professionals are in a situation of fraud against the law. “If the opposition continues its course, many of us will end up on the street with an average age of over 40 years and with little chance of rejoining the labor market, for obvious reasons of age, available time, non-specific agenda… And the Community of Madrid will lose a large professional capital of specialized physiotherapists for years in a very specific sector”, González wields.

The work of physiotherapists in the educational environment is essential for their students, minors with various degrees of disability who need their help to be able to access the curriculum, improve their autonomy and, in some cases, even maintain a degree of health that allows them to attend to school. “We can find any type of motor pathology associated with childhood, such as infantile cerebral palsy (ICP), and degenerative pathologies such as atrophies and dystrophies, congenital deformities and many other alterations. And motor dysfunctions can lead to other associated pathologies, such as visual, auditory, language, ADHD, ASD and behavioral disorders”, explains Martínez. A task they carry out in collaboration with the rest of the center’s staff (Physical Education teachers, speech therapists, nurses, educational technicians and counselors), as well as, of course, the children’s families.

“The most important part of our work [en el centro de discapacitados] It involves getting to know our users, since many of them have pathologies such as autism, PCI, Down syndrome, significant mental retardation, schizophrenia… that make them unable to express themselves with words. That is why it is necessary to know them, to find out if they are angry, if something hurts or if they have any discomfort that prevents them from carrying out any activity,” Ramos maintains. Later, and together with a team made up of psychologists, occupational therapists, social workers, DUE and doctors, the rest of their work will come, trying to squeeze the potential of each one and maintain and even improve their functional capacity, rehabilitate acute pathologies and even advise to family members to safely facilitate the movements of its users in their own homes. The work is intense, and the necessary personnel are not always available: “In my center there are not enough professionals. In fact, I am alone for 80 residents and users of the day center, and they do not replace me during vacation periods or sick leave, “says Ramos.

A spider monkey, the diplomatic present of the Mayans to Teotihuacán