Petition so that human rights violations cannot be declared secret 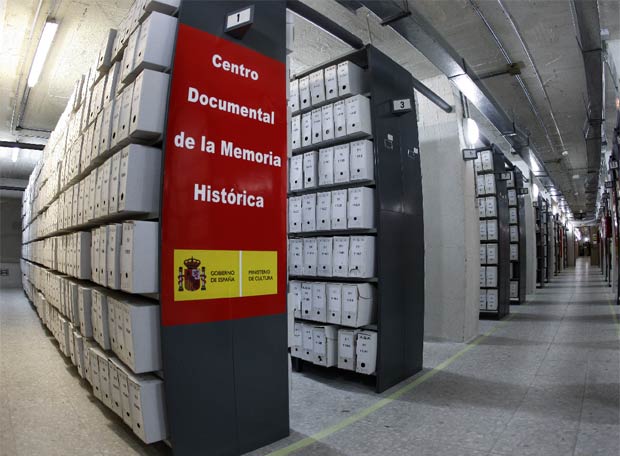 More than twenty associations of archivists and librarians from all over Spain —including the Spanish Federation of Archival, Library, Documentation and Museum Societies (Fesabid)— have submitted allegations to the Law on Classified Information, which replaces the Law on Official Secrets of the Franco regime, still in force, in which they ask, among other changes, that information on violations of human rights cannot be classified in order to hide them from public knowledge and that whoever does so be punished.

Archivists and librarians regret that the draft does not make any mention of article 20 of the Constitution, regarding the right to information; they consider the “exponential” growth in the number of authorities with the capacity to classify a document as restricted or confidential to be a “significant setback”; they criticize the fact that “the general duty to document classified information to prove its existence and prevent its destruction” is not established; and they brand the automatic declassification period as “excessively long”, proposing to reduce it from 50 to 30 years for “top secret” and from 40 to 20 for “secret”, among other allegations. They also denounce that the processing of the text by way of urgency is not justified.

Along the same lines, a total of 11 non-governmental organizations, members of the Coalition for Access to Information, have asked the Government to extend the period of public information of the preliminary draft, considering the period of seven business days “incredibly short” ( from August 3 to 12) that has been given to present allegations.

“Making a consultation in the middle of August on a law that affects fundamental constitutional rights, such as freedom of information, is scandalous, says Helen Darbishire, director of Access Info. “From civil society we are calling on the Government to extend the period of inquiries for another month, [ya que] it is the only way to ensure genuine participation and public debate on such important issues.”

The NGOs that are part of the coalition consider some aspects of the text to be worrying, such as the “enormous fines” for disseminating classified documents (from 50,000 to three million euros), the long periods for document classification (up to 65 years for those classified as “top secret”) and the lack of retroactive declassification, “thus limiting access to many documents classified during the Franco regime or the transition to democracy”.

Access Info warns of the consequences of the new standard for transparency, whistleblower protection and freedom of information. And remember that, according to the OECD, Spain has a level of public participation of only 2%, ten times lower than the average of the countries of said organization (21%) and well below many of the European democracies. The criticisms of these associations are added to those formulated by the Federation of Associations of Journalists of Spain (FAPE) or Amnesty International.

For its part, the Ministry of the Presidency justifies that the law be processed by the urgent procedure, suppressing the public consultation and limiting the period of information to the public to seven working days, due to “the will of the Government to fulfill the commitment to send the initiative to the Cortes Generales in 2022″. However, La Moncloa assures, “such urgency is compatible with the guarantee of citizen participation in its elaboration” and the observations received in this period will be added to those that continue to arrive in the coming months, since the draft has a long process. before its final approval and the entities “will have many opportunities to express their criteria.”