Peter Brook, the theater giant of our time, dies at 97 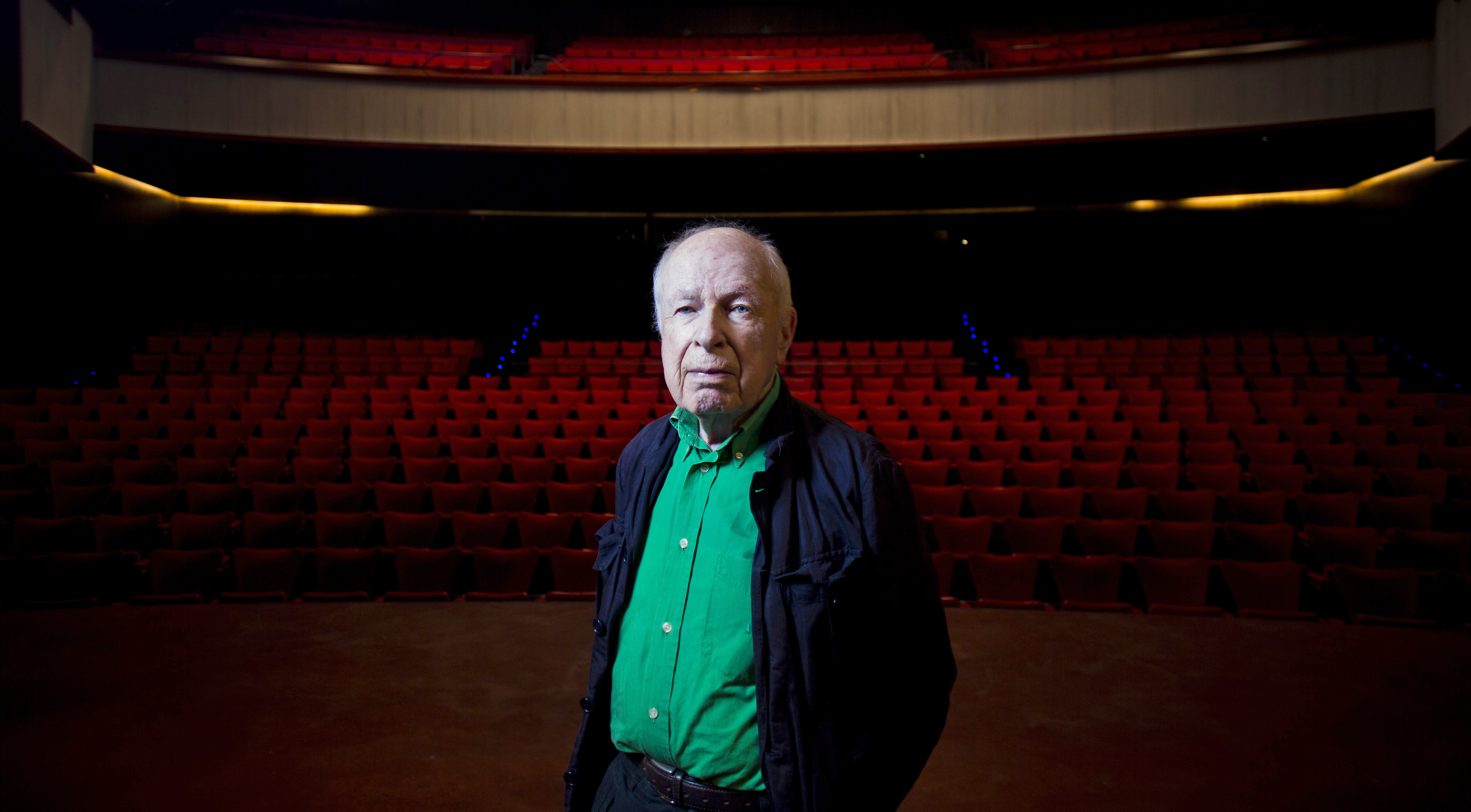 The party is over, and Peter Brook, like the spirits in The Tempest, has dissolved into air, thin air. Worth, paraphrased, the words of the great magician Prospero in William Shakespeare’s twilight play to fire another great magician, this one from the scene, who leaves us this Sunday at the age of 97, the newspaper Le Monde has reported, creating a bleak void around it. After the death of Peter Brook, as when Prince Hamlet died, the rest can only be silence.

Renovator of the scene, unrepeatable giant of the theater of our time, which in his case extends from the middle of the 20th century until now, as he continued to stage productions, Brook is now as synonymous with dramatic art as Shakespeare himself, whose work it was one of the beacons of his life and of which he offered unforgettable rereadings.

Everything was overwhelmingly wonderful and exceptional in Brook, from the marathon performances of his unforgettable Mahabharata (1987), the 9-hour version of the Hindu epic poem that he staged with as much epicness as the original in what constitutes one of the landmarks of the world theater of all the times, and that we were able to enjoy in Spain, until the little introductory talk that he offered just a year ago at the Teatre Lliure in Barcelona during the Grec festival when he went on stage, already in a wheelchair, to present his show Tempest project, his version of Shakespeare’s classic.

Among his most remembered creations, the stagings of Shakespeare, of course, Hamlet, Lear, The Tempest, Timon of Athens, A Midsummer Night’s Dream, or his staging of Peter Weiss’ Marat / Sade in 1964.

Writer of several essays that are references in the scenic art, such as the landmark El Espacio Vacio, film director with filming of his plays and productions purely for the screen such as Moderato cantabile (1960), based on the novel by Marguerite Duras, with Jeanne Moreau and Jean Paul Belmondo, and his 1963 version of William Golding’s Lord of the Flies; a humanist and Renaissance man, with a strong character, interested in Sufism and in the Russian writer George Gurdjieff, whose Encounters with Remarkable Men (1979), with Terence Stamp, was also adapted to the cinema, he was a cosmopolitan who traveled all over the world collecting and revaluing material from other cultures for their creations. Among his main collaborators, the writer Jean-Claude Carrière, essential in many of his projects.

Born in London in 1925, Brook, who was director of productions at the Royal Opera House and joined the Royal Shakespeare Company (RSC), where he directed a number of productions (with actors such as John Gielgud, Laurence Olivier and Glenda Jackson ), lived in France since the 1970s (he had worked with Jean-Louis Barrault), where he founded his famous Bouffes du Nord theater in Paris, a mecca for experimentation and theatrical excellence, where he developed his art for half a century.

His works include works by virtually all the great playwrights, including Chekhov, Genet and Beckett, operas, creations from non-theatrical texts, such as the works of the neurologist Oliver Sacks, or taken from the African world, including simple little stories from the popular world elevated by his wand to the category of theatrical goldsmith jewelry. Another of his most remembered shows is The Conference of the Birds, about the Persian literary text. In 1971 he had a famous participation in the Persepolis Festival, in the Shah’s Iran, with Orghast, an experimental work on the myth of Prometheus co-written with the poet Ted Hughes.

Influenced at different stages of his career by Artaud, Brecht, Grotowski, Meyerhold or Craig, Brook advanced towards a distilled and essential theater in which the gesture acquired a magical potentiality. In his last stages, he considered virtue the reduction of space in a way that seemed to also compress the time of the representation, causing an effect of conceptual grandeur that had something of quantum physics. Holder of numerous international awards, including the Legion of Honor and the Order of the British Empire, Peter Brook received the Prince of Asturias for the Arts in 2019. Married to Natasha Parry, who died in 2015, he was the father of two children.

Well known and appreciated in Spain, Peter Brook presented shows at the most renowned festivals in the country, including the Autumn Festival in Madrid, the Grec in Barcelona and the Temporada Alta in Girona and Salt, where his productions regularly made stops. In Barcelona, ​​he was transcendental in the conversion of the Mercat de les Flors building into a scenic space when he took advantage of the old warehouse to present in 1983 The Tragedy of Carmen, his adaptation of Bizet’s opera. After the reform, then it was Brook himself who was in charge of officially opening the Mercat as a theater with his Mahabharata.

It was just in front of that theater, in a mirror building where the Teatre Lliure now resides, that Peter Brook had one of his last public appearances last year, on the occasion of the aforementioned performance of Tempest project. It was an unexpected gesture. Brook came onstage to introduce the show, but what he did was deliver a real lesson in Shakespeare and the theater, an extraordinary gift that many considered a testament to genius. When he spoke of the five repetitions of “never”, never, in Lear’s painful final speech before the body of his daughter Cordelia, it was difficult to contain the tears, which today must be shed.