Outrage in Castilla-La Mancha for the Mathematics exam: “There were many students crying” 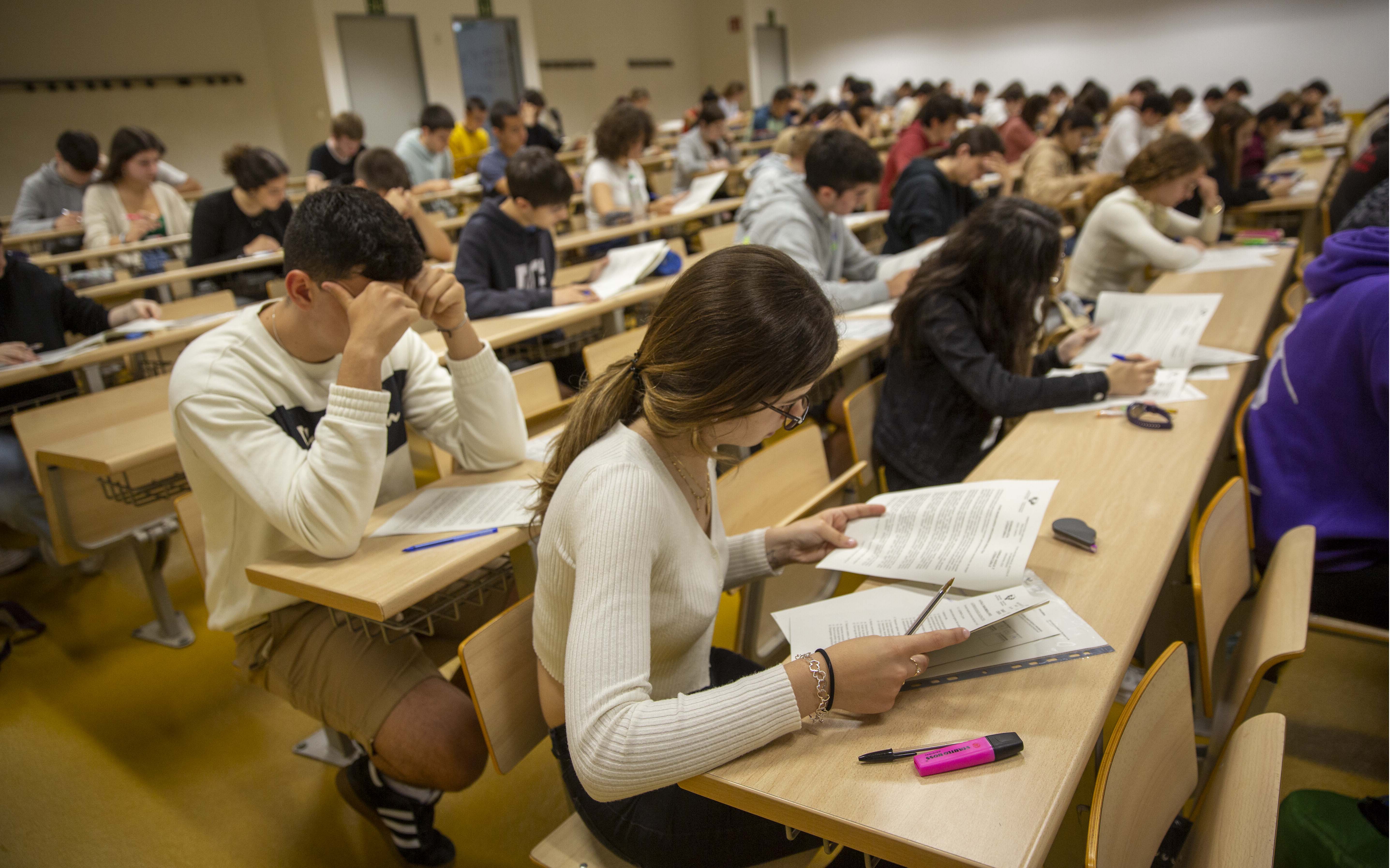 The Mathematics II exam of the Selectivity held this Thursday in Castilla-La Mancha has raised a wave of protests among the students, who denounce the difficulty of the questions and the fact that the test model established due to the pandemic was not complied with , which should allow students to choose between thematic blocks. The outrage of the students, who in 24 hours have gathered more than 15,000 signatures on the Change.org platform, has led to an unusual intervention by the regional president himself, Emiliano García-Page, who hours after the test declared himself “very upset” with the exam questions and requested “strongly, that the correction criteria be modified” to adapt them “to the effort of the kids and to common sense”. The rector of the University of Castilla-La Mancha, Julián Garde, has stated that he was going to “transmit to the correctors to correct the Mathematics test taking into account the type of exam.”

The University Access Assessment (Evau) was revised in 2020 throughout Spain to adapt it to the conditions in which students had to study due to covid. The main change consisted of increasing the students’ ability to choose, allowing them to choose between blocks, so that they could obtain the maximum grade even without having studied some parts of the syllabus in depth. The model has been maintained in general this year. But in the Castilla-La Mancha Mathematics exam, the questions have combined questions from different blocks, in fact eliminating the supposed option. In the geometry questions there were, for example, elements of the probability syllabus, and vice versa, the students explain. “During the course the teachers had not prepared us for an exam like this,” says Violeta Quevedo, one of the students who took the exam this Thursday in Albacete, and who aspires to enter Medicine, a career for which she needs a very high grade ( last year, a 13,364 out of 14).

Seeing the exam questions, the students were shocked, explains Quevedo. “During the exam I held on, because it is a difficult exam, we have a lot at stake and we have to try to stay focused. But when I handed in the paper I got very nervous and when I left I saw that I wasn’t the only one. At the gates of the Faculty of Nursing where we had taken the exam, there were many students crying. It was not something of one that was bad at it, it was common. It is not normal for all of us to have difficulties in an exam in which we are risking entering the race, ”he says by phone.

The students have also denounced on social networks that the test also contained errors in the wording of the questions, which forced the teachers who were monitoring the test to stop it twice to ask the students to change them. “I hope to get a seven or an eight,” says Quevedo, “when he took the exam prepared for a 10, which is the grade he got on the tests with tests from previous years.” Mathematics II has made it more difficult for him to enter Medicine despite having an exceptional academic record.

The @uclm_es echoes the concern derived from the Mathematics II test in the EvAU, although it conforms to the regulations.
However, since @VEstudianteUCLM They appeal to calm, since the correction criteria always adjust to the characteristics of the exams.

The Castilian-Manchego president has used this Friday a more conciliatory tone when dealing with the matter and has thanked the “sensitivity” shown by the University of Castilla-La Mancha in the face of student complaints. Regional government sources have indicated that, despite the “concern” and “concern” that the review has generated in the Executive, it “conforms to the norm.” “I am very grateful that there has been an approach that is not defensive, not inbred, but compressive. I hope it takes shape without interference of any kind, I say this from my right to request, in no case to demand, next week in a reasonable calm”, said García-Page.

The rector of the University of Castilla-La Mancha has also defended that the exam “was adjusted to the contents”, but has assured that “the correction criteria will be adapted”; “It is not an exception, it will be transmitted to correctors who correct the Mathematics test taking into account the type of exam”.

Protection against failure: Make calls with Webex even though the network is gone