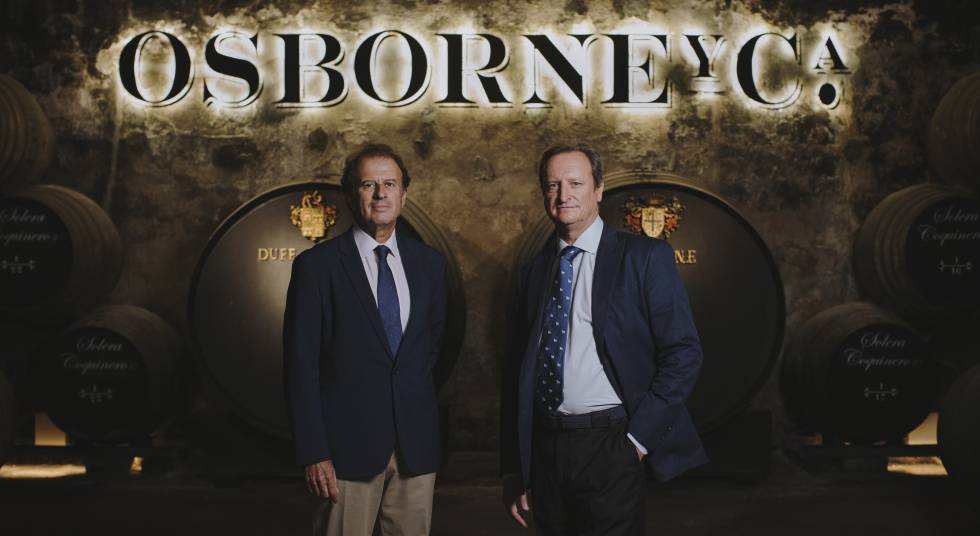 Osborne celebrates its 250th anniversary today. And he does it with a renewed budding business plan. The winery company will take to the board of directors in July a review of its current plan, scheduled for the 2021-2023 period and which addressed the recovery of the business after the impact of the pandemic. A recovery that, at the level of profitability, has even exceeded the levels of Covid, with a profit of 12.5 million in 2021. And that at the level of sales will be completed this year, if the good progress seen at the start of this year it is confirmed after the summer.

This is how the CEO of Osborne, Fernando Terry, explains it to CincoDías. “The plan until 2023 foresaw a more escalating recovery. But already last year, although sales were still below 2019, in other variables the numbers were better. Now it’s time to review all that plan and present it to the council next month. We will extend it until 2024”, explains the executive.

Terry speaks of a “very good” start to 2022, with “very strong” demand continuing so far. “The start has been better than in 2021 and than in 2019. And we anticipate that the summer will continue, due to the recovery of international tourism.” The fact that the hotel industry is operating at full capacity again is a boost for the winery company, although the macroeconomic context derived from the war in Ukraine means that the clouds do not disappear.

“We will have to see the return of summer. The macro situation, the rise in rates, the crisis in the supply of raw materials, inflation… As long as employment is maintained, I think we will weather it well”, says Terry.

In that plan until 2023, several growth levers appear. One, the international market. “We see that there is still room for growth in China. Germany is our main client, we have products like Nordés that work very well in Italy, France or the United Kingdom, and we have taken them to the US, there is Brazil… We will continue to invest”.

Another, diversification. Osborne will continue to seek to enter business segments that are complementary to its usual activity. “The purchase of Caviar Riofrío fit us into that premium gastronomic product line… We seek that any operation brings synergies, and that it contributes through the industrial or commercial route. We have a very strong commercial force in Spain and we have to take advantage of that capacity to enter the market, both in hospitality, retail… We will be selective”. Fernando Terry does not rule out new operations this year.

And another route will be that of its own restaurants, such as those of Cinco Jotas, in which it will continue betting once the situation in the sector normalizes. “We have rethought it, and once the plan is defined, we will think about how to expand. It has suffered a lot and it is a very demanding business, with great competition”.

Although Fernando Terry does not share the future growth objectives, the expectation is, first of all, to exceed 228 million sales in 2019, and to return to around the 250 million that the company billed four years ago.

A future for which, with a history of 250 years as a family-owned company, wants to maintain that essence. “The family aspect has to be important in the future of the company. We feel tremendously proud and responsible for the history of the company”.

This 250th anniversary comes at a “good” moment, in which Osborne has left the pandemic crisis behind and has even, says Fernando Terry, come out “reinforced”. “In all that time our ancestors also had everything: wars, pandemics… They knew how to survive and take the company to this era.”

Birthday party with the presence of the King

Osborne celebrates its 250th anniversary party on Monday night. This will take place at Bodega de Mora, which the group has in El Puerto de Santamaría, and will be attended by King Felipe VI. During the gala, gastronomic prizes will also be awarded to professionals in the sector. “We want to try to maintain that visionary spirit that the company has always had, and that is part of our values, so that the company lasts for at least another 250 years,” says Fernando Terry. “At Osborne, analyzing limitations, advantages, and diversification have always prevailed, which has always played an important role,” says the executive, as keys to continuing a unique legacy and history.

10 games to take to the beach with children in summer