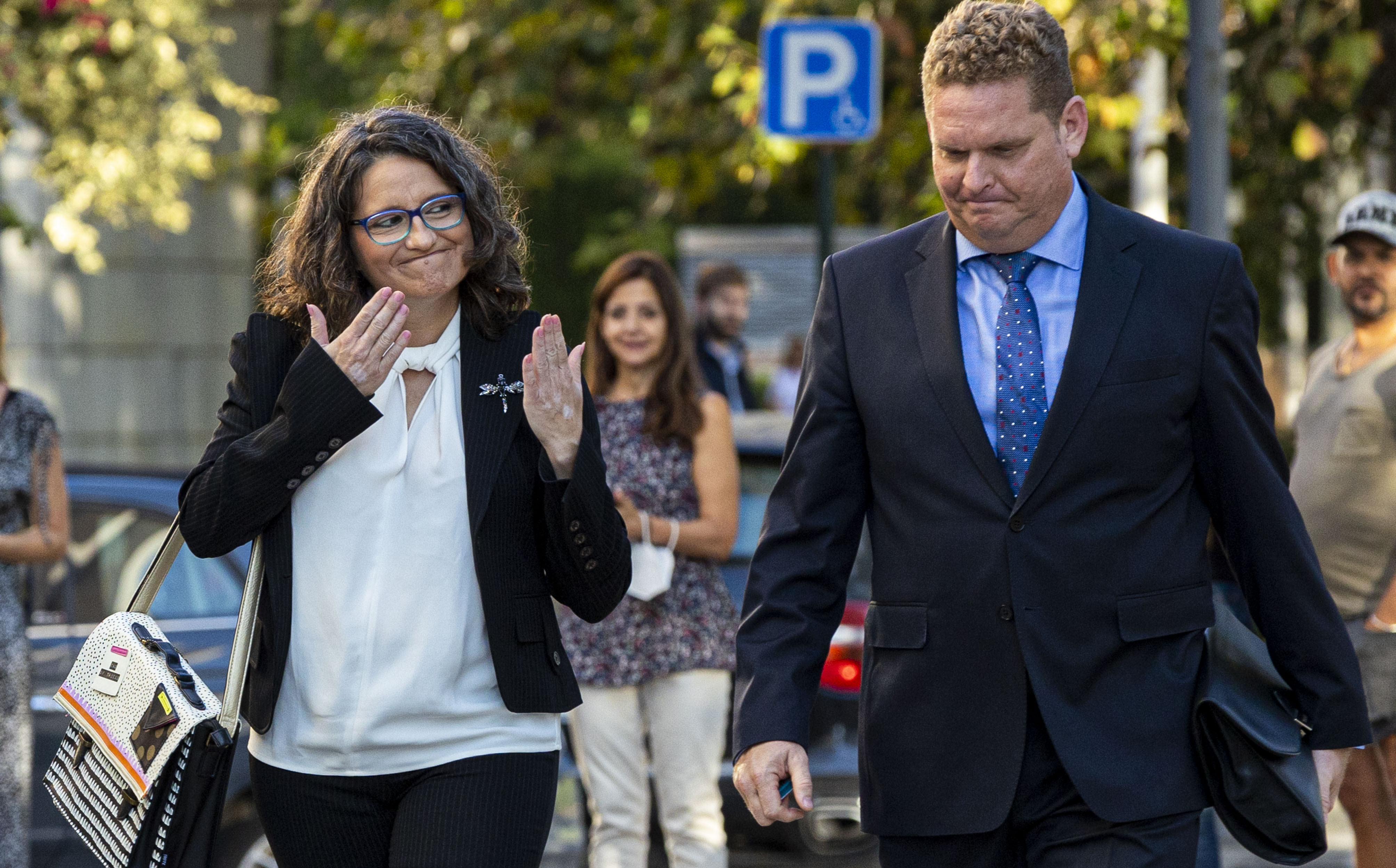 The former vice president of the Valencian Government, Mónica Oltra, declared this Monday for seven hours before the judge as accused in the case of the management of the abuses of her ex-husband to a minor protected by the Generalitat, specifically, by the ministry that he chaired. She has denied in her statement that she ordered her team to open an investigation parallel to the judicial one to protect her ex-husband, Luis Eduardo Ramírez, sentenced in March 2021 to five years in prison for this abuse.

“I’m fine. Calm and serene”, Oltra said at her entrance to the City of Justice of Valencia, shortly before nine in the morning at the gates of the courts, where two dozen supporters and Compromís officials were waiting for her who have applauded his step. Among others, there were the deputy for Compromís in the Valencian Parliament, Carles Esteve, the councilors of the formation in the Valencia City Council, Pilar Soriano and Giuseppe Grezzi, the regional secretary of Public Health of the Generalitat, Isaura Navarro, senator Carles Mulet and the co-spokesman for Initiative-Compromís, Alberto Ibáñez.

Oltra’s successor, Aitana Mas, has also shown, through her profile on the social network Twitter, her support for the Compromís leader. “Today, finally, Mónica Oltra will be able to testify. And I can’t help but think about her words: the truth only has one path. Not all politicians are the same. Let this bad dream end soon”, Mas wrote.

Hui, by fi, @monicaoltra can declare And I can’t help but think of his words: the truth has only one path.

NOT all politicians are the same. Let this nightmare end soon. #TodosConMonicaOltra

The judge has decided that the statement should not be recorded, as is the case on other occasions, so that the parties and the judge himself can review the testimony. The reason, according to case sources, is to avoid possible leaks of the video, in which the leader would appear sitting on the bench and before the judge. This has slowed down the statement since the judge has been checking, one by one, that the questions and answers correspond to those expressed.

The former vice president of the Valencian Government and former Minister of Equality has had to testify before the head of court number 15 after, once her resignation was submitted, she lost the privilege of appraisal. Before resigning, this judge asked the Superior Court of Justice of the Valencian Community to charge the leader, as happened in an accusation supported by the Prosecutor’s Office, which saw in Oltra’s actions evidence of the alleged crimes of prevarication, abandonment of minors and omission of the duty to prosecute crimes.

The cause has its origin in the case of abuse for which her ex-husband was convicted, and in the two subsequent complaints filed by the extreme right: one by the lawyer for the Spain 2000 ultra party José Luis Roberto and another by one of the founders of Vox, Cristina Segui. Both accuse a dozen officials from the council directed by Oltra of agreeing on a strategy to carry out an investigation of the case of the abused minor parallel to the judicial one. The judge considers that there are indications that the Compromís leader tried to hinder the investigation of her ex-partner or even to protect her own political career.

Mónica Oltra has answered questions from the judge for more than four hours, from the prosecutor and from her own lawyer, since she has decided not to respond to the accusations.