Oliver Blume: “Porsche is a benchmark that is at the crossroads of luxury and volume” 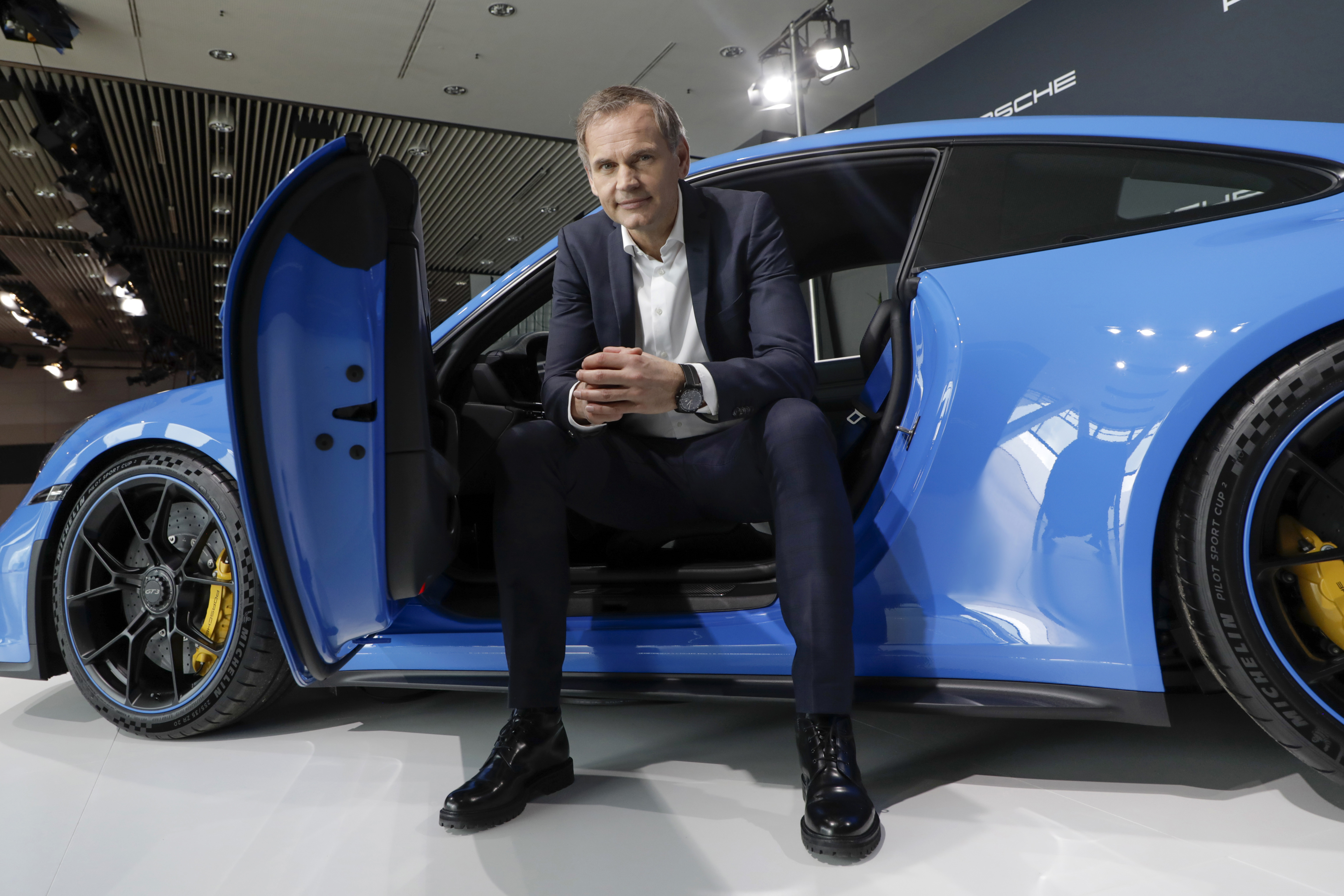 Porsche faces the largest IPO of the year, which according to analysts could be between 45,000 and 85,000 million euros. At the head of this operation is Oliver Blume (Braunschweig, 54 years old), CEO of the brand for seven years and also promoted to the highest position of the Volkswagen Group last July, after the dismissal of Herbert Diess. With that double hat and interest, he leads a public offering for the sale (OPV) of shares that seeks to give financial oxygen to the Volkswagen Group at a complex time for the economy and in which the stock markets are falling. Blume refuses to answer about a possible withdrawal of the IPO due to economic uncertainty in an interview by video call after visiting Seat.

Ask. Why should an investor invest in Porsche?

Response. Porsche is an iconic luxury sports car brand, which we believe is synonymous with design and engineering heritage, performance, modern luxury, prestige, innovation, technological achievement and reliability. We have a clear strategy focused on sports cars and a strong electrification strategy behind it. We have the ambition to work towards a net carbon neutral value chain in 2030 and a net carbon neutral use phase for future 100% electric models. With our business model, we have exhibited a strong financial track record. In times of coronavirus, the recent semiconductor crisis or the war in Ukraine, Porsche has shown operating profit margins of 15% and even more.

Q. Inflation, war, risk of recession… It doesn’t seem like the best time to go public. Were you in a hurry?

A. The Volkswagen Group has been considering this IPO for months and we do it at our own pace. For the Volkswagen Group it is a good opportunity to further strengthen its liquidity position and invest in its transformation in areas such as batteries and electric car factories, software, platforms or new products. It is a win-win situation because it offers more speed of development for both Porsche and the Volkswagen Group. This is a historic moment for all of us.

P. In what price bracket do you want to value the company?

A. The share price range is expected to be disclosed at a later stage, when the IPO is launched, as is customary in the IPO preparation process. So far, we’re in what we think are very promising discussions with potential investors and we’re pleased with the reactions we’re getting.

Q. Do you consider, due to the risks of the economic situation, any circumstance that could stop your public offer for sale (OPV) of shares?

A. We are completely confident that our track record is very compelling for investors. Strategically, operationally and financially, we believe that Porsche is well positioned. Volkswagen has announced that it is seeking an initial public offering with the aim of listing on the Frankfurt Stock Exchange in late September or early October and to be completed in the latter part of the year, subject to capital market developments.

P. Did you have no other alternatives than going public?

A. This assumption is not correct. We analyzed different options for the group to finance the transformation. Given the favorable situation of Porsche, the Volkswagen Group concluded that going public would be the best option. Volkswagen could strengthen its liquidity position at a very decisive moment in the transformation process in the automobile industry and offers great potential to further develop Porsche’s strategy in the future. That was the important argument.

Q. Does this operation help resolve the differences between the Piech and Porsche families?

A. On our supervisory boards I see representatives of the Porsche and Piech families always working together as long-term entrepreneurs.

P. Is Ferrari your reference in the public offer for the sale of shares?

A. Porsche is a benchmark in itself, also in this discipline, with an attractive position at the intersection of luxury and size. We achieve attractive income for each car sold, more than 100,000 euros, which can be double what, for example, premium car companies achieve on average. That, on the one hand, gives us great benefits and, on the other hand, it gives us an advantage over niche manufacturers, due to the effects of scale that we can exploit, since we deliver around 300,000 vehicles annually. We also have the advantage of belonging to the Volkswagen Group, which allows us to buy volume, use components and technologies, as well as factories from the group.

P. It is not clear if Porsche wins more with this IPO or if the Volkswagen Group is the biggest beneficiary.

A. We believe that the initial public offering will benefit both. It cannot be said who benefits more. Synergies always go both ways.

P. Your dual role as CEO of the Volkswagen Group and Porsche raises doubts about the possible conflicts of interest that it may generate. Will this double charge be maintained over time?

A. It is not unusual in the automobile industry for a director who leads the group to simultaneously lead a brand. For me it is a key condition to be able to lead the business: being closely linked to technologies, processes and people to make good decisions at the group level. And you cannot compare the strategic leadership of a group with a more operational leadership of a brand. If at any point we come to a point of conflict over my two roles, then I will either be neutral or drop the discussion. This is good practice at the Volkswagen Group.

Q. Is it possible that Porsche will leave the consolidation perimeter of the Volkswagen Group in the future?

A. We have agreed to a full consolidation within Volkswagen’s results from an accounting point of view, other ideas have not been discussed.

P. You have just started the position of CEO of the Volkswagen Group. Does the change of address leave the investment plan in Spain under review or discussion?

A. The plan is to electrify Spain with our projects in Navarra and Catalonia, and the planned battery factory in Valencia. I think it would be a unique opportunity for the country, but for that we also need the support of the Spanish government. We hope to obtain the approval of PERTE soon so that Volkswagen can finally decide on the planned investment in Spain because, as always, there is parallel competition from other countries for foreign investment in this process.

Q. And the address of Seat in Spain?

A. The management is very solid and I have a very good impression of the Wayne Griffits team. [presidente de Seat] and how they are developing the new Cupra brand. I believe that the management team will drive our activities towards a very successful future.