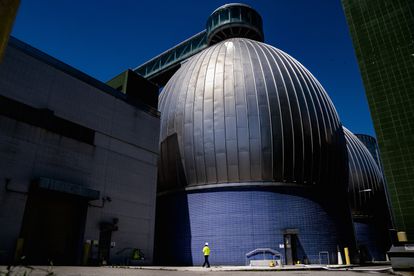 Three weeks after confirming a case of polio in a New York county, health authorities in the Big Apple have identified the polio virus in the city’s wastewater, they announced this Friday, warning that the finding ” suggests” that there has been local transmission. For this reason, they have urged the population, especially children, to be vaccinated (it is estimated that almost 14% of children under five are not vaccinated). This Friday’s announcement adds pressure to a health system already stressed by the monkeypox emergency, which has forced many of the covid vaccination centers to close to join forces against the epidemic. On August 4, the US declared monkeypox a public health emergency while assuming the shortage of vials and the delay of the authorities in reacting.

This occurs after the first case of polio in the United States since 2013 was registered on July 21, in Rockland County, located 20 kilometers north of New York City, in whose metropolitan area it is included. In early August, authorities announced that the virus had already been detected in Rockland sewage a month before the case was recorded, which corresponded to an unvaccinated adult male. After confirming this case, the poliovirus was also detected in the waters of Orange County, as well as in Rockland, very close to New York City.

“For every case of paralytic polio identified, hundreds more may go undetected,” Mary Bassett, the state health commissioner, said in a statement. “The detection of poliovirus in sewage samples in New York City is alarming, but not surprising.”

A disease thought to be eradicated

Thanks to the massive vaccination campaigns of the 1950s and 1960s, the disease was considered virtually eradicated, according to the Committees for Disease Detection and Control (CDC; federal health agency). However, and as a consequence of the misinformation spread by the anti-vaccine movement, immunization has decreased since 2019 and only 86.2% of children between six months and 5 years have received the three doses of polio vaccines, according to data officers. In some Brooklyn neighborhoods such as Williamsburg, a stronghold in part of the ultra-Orthodox community, where the majority are large families, the vaccination rate does not reach 57%.

The recipe against polio, a disabling and potentially fatal disease, is, however, simple: prevent, the city’s Health Commissioner, Ashwin Vasan, stressed this Friday. “The risk to New Yorkers is real, but the defense is very simple: get vaccinated against polio,” Vasan said in a statement. “With polio circulating in our communities, there is nothing more essential than vaccinating our children to protect them from this virus, and if you are an unvaccinated adult or vaccinated without the full schedule, get vaccinated now.”

Polio virus was also detected in a significant number of samples from London sewage in June. This week, the British health authorities have launched an urgent vaccination campaign aimed at nearly one million children between one and nine years of age in the capital’s metropolitan area. There have been no reported cases of the disease in the UK, in fact not since 1984. But government immunization advisers advised extreme caution, due to relatively low levels of vaccination in capital areas. where this unusual prevalence of the virus was identified.

The World Health Organization launched an international public health campaign in 1988 with the aim of eradicating polio by the year 2000, but in 2020 cases were reported in 34 countries, mainly in sub-Saharan Africa and Asia.

The long trail of blood from 'The Satanic Verses'