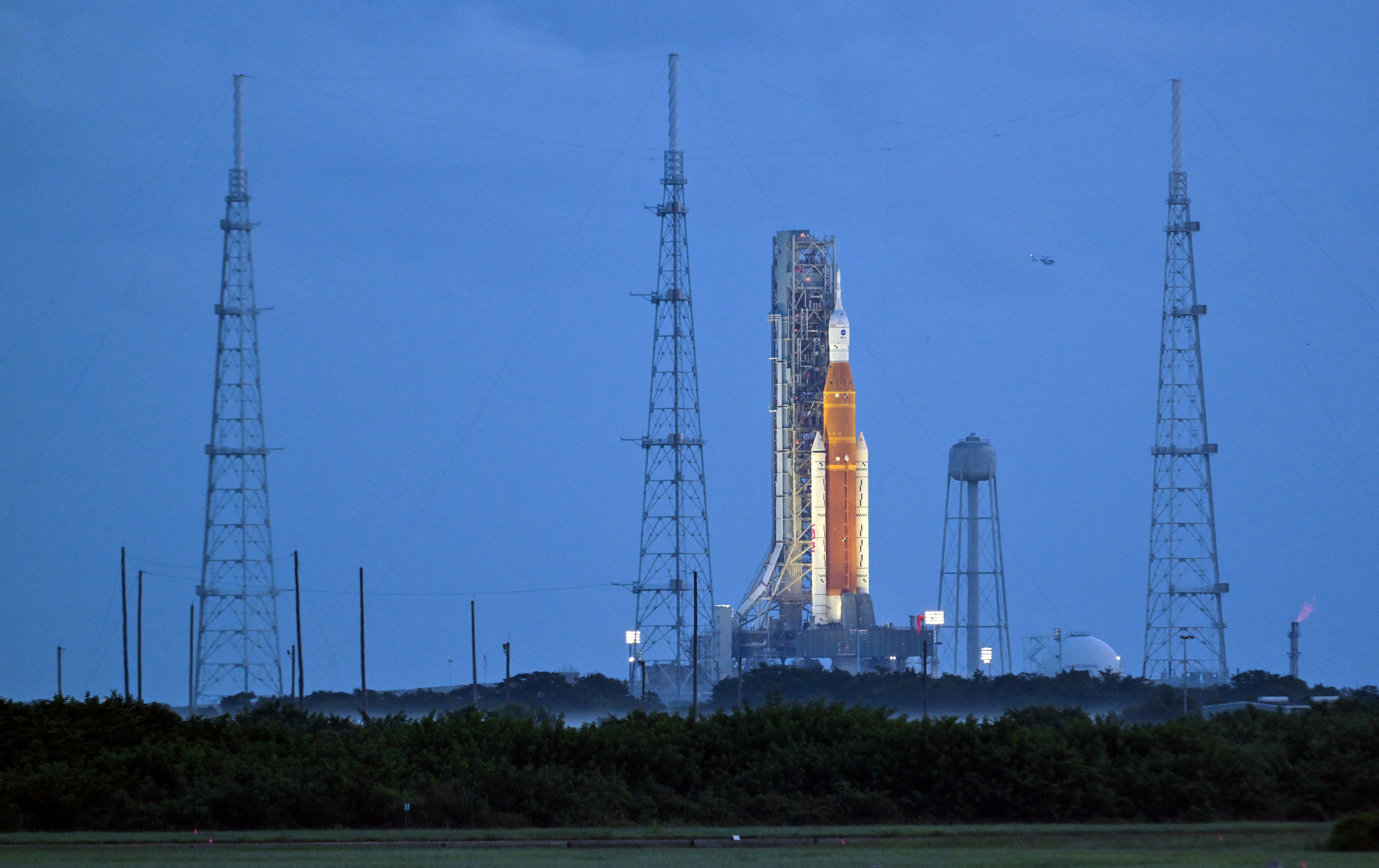 The third time has not been the charm either. Artemis I, the unmanned mission to the moon that marks the United States’ return to the satellite for the first time in half a century, will not take off Tuesday from the Kennedy Space Center in Cape Canaveral. NASA has indicated that the proximity of a possible tropical storm has forced the operation to be postponed again, after two other attempts had to be canceled at the last minute.

The US National Hurricane Center estimates that Tropical Storm Ian, which is forming in the Atlantic, will reach Florida, where the Kennedy center is located, next week. The prospect of heavy rains led the directors of the space organization, meeting this Saturday, to suspend the planned launch of the huge rocket, larger than the mythical Saturn of the sixties.

However, NASA has not yet decided to safely remove the shuttle, the SLS rocket and the Orion spacecraft from the hangars. The immense set, 98 meters high (five more than the Statue of Liberty) and weighing 2,608 tons, continues to be deployed in the launch area in case the forecasts improve, which predict that Ian will approach the coast of Florida on Tuesday and landfall on Wednesday. “The agency has taken a step-by-step approach to its decision-making process, to allow it to protect its employees…while maintaining the option to move forward with another launch opportunity in the current time frame if the weather outlook improves. ”, he indicated in a statement.

Previously, the weather forecast and technical problems — a leak in the devices responsible for loading fuel into the rocket, a failure in the engine — had forced the launch of what NASA aspires to be the return to its most glorious times of space exploration in manned ships, after the cancellation of the Apollo program in the seventies. The name of the mission, Artemis, alludes to the twin sister of the god Apollo in Greek mythology.

After years in which NASA’s manned missions focused on the shuttle program and the International Space Station in low Earth orbit, the goal of Artemis is to return to the Moon as the first step in future exploration of Mars. According to initial plans, the mission could begin transporting astronauts to the lunar surface as early as 2025, and take man to the red planet in the 2030s. Although various experts consider that this schedule is likely to suffer delays.

Space rocket launches are often delayed, given the strict safety conditions they must meet. The first cause of suspension is some kind of technical failure. The second, the weather conditions, as has happened in this case. Storms and strong winds are a great taboo: Apollo 12 was struck by lightning on takeoff; strong currents can induce dangerous stresses in the rocket body.

Vodafone launches ‘5G Residence’, the cell various to fiber optics however with out set up

The way forward for buying: extra social networks, cost in installments and the return of the bodily retailer