NASA has postponed the test of the improved seal on the giant SLS rocket by four days, and with it the next launch attempt for the Artemis-1 moon mission. As the US space agency has now announced, the test should now take place on Wednesday, September 21st, and the start could then follow on September 27th at the earliest. There is still an alternative date on October 2nd. All of this continues to apply provided that NASA is even given permission to use the giant rocket’s abort system for longer than planned. In addition, the next crew is to be sent to the International Space Station ISS on October 3rd.

The next shift is justified by the US space agency with a “careful consideration of several logistical aspects”. In addition, it is an additional benefit if there is more preparation time for testing the new seals and later for the start. After all, it can be ensured that there is enough time and peace to replenish fuel supplies. The repairs to the leak have now been completed and preparations for the test are now being made. The first launch window on September 27th is open for 70 minutes, the second on October 2nd for 109 minutes.

It is currently about the third attempt to launch the giant moon rocket, the first two had been canceled for different reasons. First, on August 29, one of the four rocket engines was not sufficiently cooled down, according to sensor data. But it was probably just one sensor that was faulty. During the second attempt on September 3rd, the leak from which the hydrogen escaped was discovered. For this reason, the second attempt to take off was aborted hours before the start of the starting period. Actually, the rocket should soon be returned to the Vehicle Assembly Building, the important system for aborting the launch in an emergency is only certified for 25 days. However, NASA is asking for an extension. 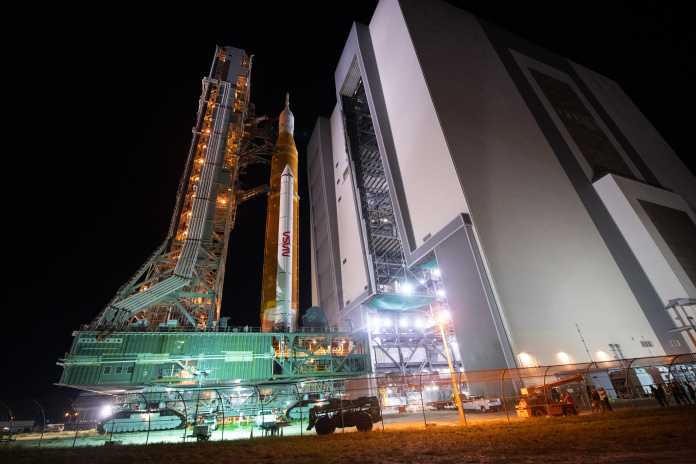 NASA wants to start its Artemis moon program with Artemis-1, the SLS, which has never been launched, is supposed to shoot the Orion space capsule to the moon. The capsule will then orbit this for several weeks before returning to Earth. The US space agency wants to test the technology that will be used to bring people to the moon again in a few years – but this time not just for short visits. People are said to be already orbiting the moon on Artemis-2, and after an unmanned test of the lunar module, the crew of Artemis-3 is even supposed to land. That is planned for the middle of the decade. However, there are great doubts about the schedule and the history of the entire program is sometimes sharply criticized.

7 mistakes at Ikea that everyone makes when shopping