Nacho Vegas: “I never wanted to sing, but I couldn’t find anyone who would do it for me” 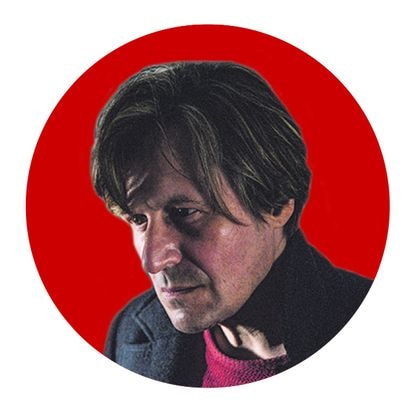 There are immobile worlds that collapse to let others be born. In which of them do you live? In the same as you, unfortunately.

What remains of you in Asturias when you are not there? Nothing remarkable.

And what is taken of Asturias by the world? The wealth of Asturies is already taken by others around the world.

What is your favorite word in Asturian? Cutupiellu.

Would you remove any from the dictionary? Nope; would eliminate many of the use.

In two decades of career, what gives time to unlearn? A small part of the idiocy of the 25.

Is there any injustice that is more difficult to sing than the others? Those that have been normalized by the system or the State. And they are too many and too aberrant.

Is music a friend, lover, companion, confidante… or none of the above? Music is not a person, it is a language.

Are music and poetry two sides of the same coin? I don’t think so; they are two disciplines that, in the case of songs, drink from the same water, the word.

What is the best compliment you have heard of your songs? What have excited.

Which artist made you a singer? She never wanted to sing; I started doing it because I couldn’t find anyone who would sing my songs.

And in author? Many, many.

What book do you have open right now on your nightstand? The freedom of pornography, by Ana Valero Heredia.

One that couldn’t finish? Under the volcano.

What is the movie you have seen the most times? No idea, but probably something from Mike Leigh, maybe Naked.

Your favorite dialogue in a movie?

-No, I don’t kill dogs. I kill fucking fascists.

It’s not from a movie; It’s from Peaky Blinders.

What song or musical composition would you use as a self-portrait? I can’t think of any, really. I don’t think anyone has bothered to portray me in a song.

If you had to commission that self-portrait from a musician, who would it be? To nobody; furthermore, if another person does it, it is no longer a self-portrait. In any case, I do nothing but portray myself in my songs, I don’t need more portraits.

What foreign song would you like to have written? There are so many… Extinguisher of Hells, by Fernando Alfaro, for example.

What is socially overrated? Anything that doesn’t involve tenderness.

What is the historical event you most admire? The Paris Commune.

If I hadn’t been a musician I would have been… Very poor.

Cars at 80 degrees and playgrounds at 65: discover the extreme temperatures that surround you