More than half of young women have had sex without desire 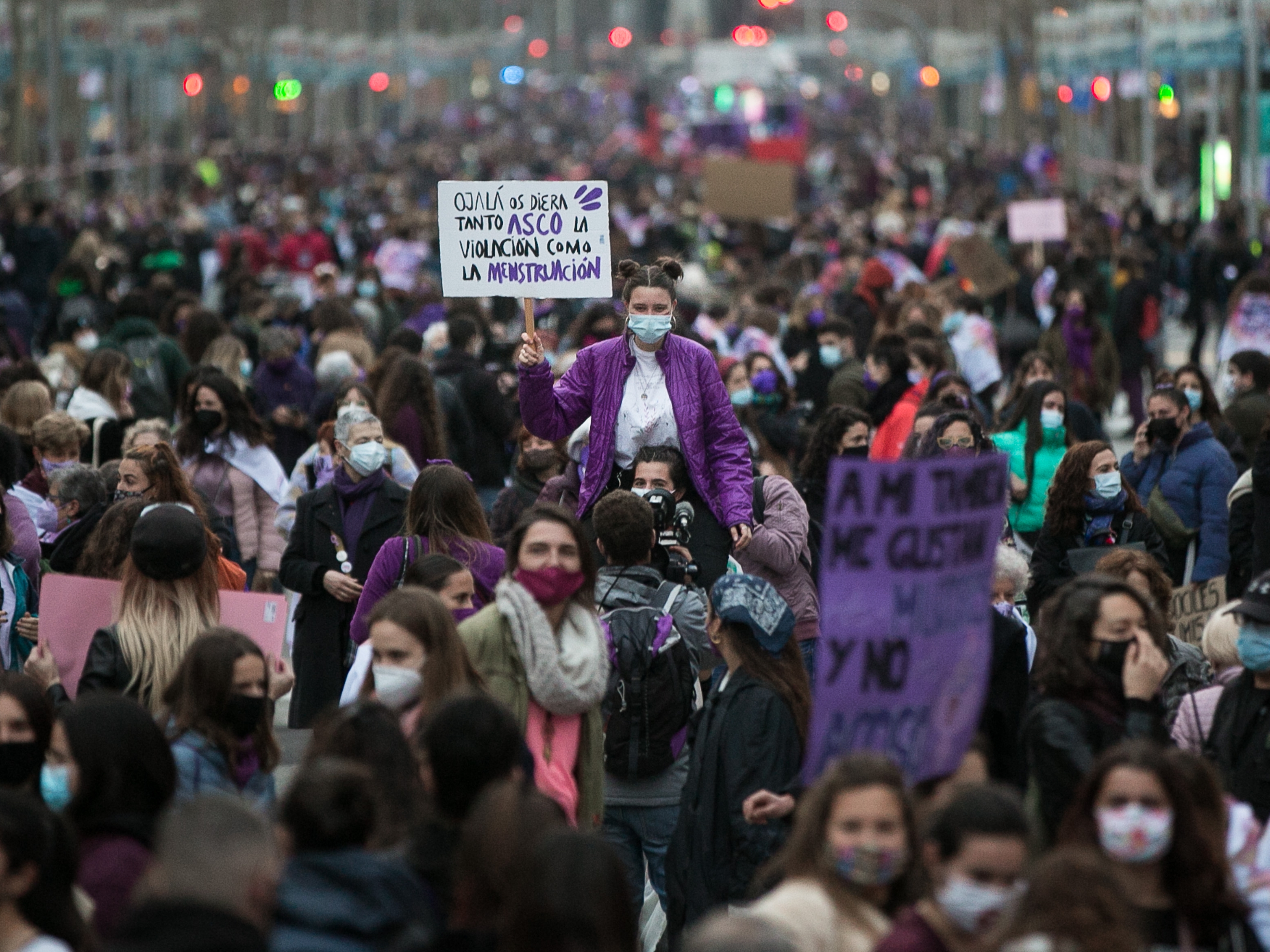 Sacrifice, pressure, insistence. They are words that do not fit, or should not, with a sexual relationship and, nevertheless, they continue to appear in the stories. The women’s. In this case, in that of the youngest, those between 18 and 25 years old. More than half of them (57.7%) have had sex at some point without desire or due to commitment. No desire. These are figures from the study The sexuality of young women in the Spanish context, from the Women’s Institute, presented this Tuesday. And although there is no violence —not the physical, the most visible—, sometimes others, such as the psychological, do underlie it; and always, conceptions of relationships in which men have priority. “The own desire is perpetuated as a secondary element and the idea of ​​availability”, explained Toni Morillas, the director of the Institute, in the presentation of that study.

A situation that involves the experience “of the vast majority of participants” once or several times in their lives, according to research. Although not always in the same way: it can occur in very different contexts. “It turns out that I did feel super pressured, I didn’t want to, but I did feel very pressured because he was insisting, insisting and I said okay. The thing is that the sexual relationship ended and I was left with an impressive internal emptiness, like what did I just do? It’s just that I’m stupid, enough!”, explained one of them during the interviews for the study. “Occasionally I don’t feel like it as a couple, but I do it a bit as a sacrifice…”, said another.

The analysis points out that “it is one thing to have sexual relations without desire with your partner and another very different thing with strangers or punctual or sporadic sexual partners. What moves women to do it in one case or another can vary: from the desire to please the other or to ‘sacrifice’ for the other’s pleasure to not being able to resist the pressure and insistence of the other person ”.

In any case, “the theme of sex without desire evokes a whole range of situations that range from the stereotype of the submissive and complacent woman to the darkest margins of the decline of female consent in sexual relations.” Issues related to “gender roles and patterns” that run through the entire study, carried out by Sigma Dos for the Institute with a representative sample of 1,516 interviews, conducted between July 5 and 18 of this year with women aged 18 to 25 , whose average age of entry into penetrative relationships is 16 and a half years, and almost always with a partner (72.1%); also with those ideas that continue to fit with a patriarchal and heteronormative conception of relationships.

It is perceived in areas such as sexual violence. “The centrality of fear” is one of the “findings” of this analysis: “Evoking the situation of having felt harassed in some way was more the norm than the exception”. 60.7% of women declare having felt fear that someone could exercise some type of sexual violence against them in public spaces; 41.6% have experienced it in nightlife venues; 8.3% with their own partner; and about 5% at work, in class, or with someone in your family.

And that fear, explained by Silvina Vázquez, the person in charge of the study, crept in through behaviors such as “carrying key rings that make noise or the mobile phone always open on the call screen”, and it already supposes a form of submission: it limits movement and women’s space, and restricts their freedom. Along with this concept, “others emerged in a secondary way”, such as harassment, aggression, abuse, victims, sexist, consent, rape or gender. Also “mentions to La Manada, 25-N, complaint or police, and references to terms such as alone and street —alluding to fear scenarios—”, which sometimes materialize.

According to the data, “unwanted and careless sexual touching (in public transport, places, crowds, etc.) is also a frequent experience”, 36.2% say they have suffered from it on some occasion. Furthermore, 12.7% have suffered by force and 9.1% have experienced some attempted rape or rape. “Only 18.2% of young women say they have never suffered any of the situations previously described.” According to an INE report from this past September, sexual crimes increased by 34.6% in 2021 compared to 2020 and 18% compared to 2019.

A rise compared to the previous year that may be related to two issues. The exceptional situation of the pandemic, on the one hand, and the increased awareness of these crimes. “The active policies of social awareness that have caused a greater willingness of the victims to report these crimes and put their cases in the hands of the Security Forces and Bodies, thus reducing the levels of underreporting that may exist in these criminal types” , as pointed out in one of the latest crime reports from the Ministry of the Interior.

And the latter has a positive side that also appears in the study. For example, that more and more young women consider sexual violence to be a major social problem: they place its relevance at 8.6 on a scale of 0 to 10, and more than half of those interviewed (56 .7%) gives this issue the highest importance. These data “speak of a clear collective awareness among young women of the incidence and consequences of this phenomenon.”

Or that they begin to move away “from conceptions of sex inextricably associated with love.” Up to 40.6% state that they are totally opposed to the idea that in order to have sexual relations it is necessary to be in love and 24.6% state that they strongly disagree. Only 14% necessarily link love and sexuality. “The approach to the perceptions and general attitudes of young people towards sexuality allows taking the pulse of the changes -and continuities- that have occurred in Spanish society in the course of recent decades”, says the study.

Morillas, the director of the Institute, has also highlighted that, despite the negative data in areas such as sexual violence, “there is hope”, and a “change” is taking place. She was referring to how young women themselves speak of “phallocentric” relationships; 52.3% of women think about her awareness that pornography is made “fundamentally for the satisfaction of sexual desire”; because more than half of the interviewees define themselves as “totally feminist” (54.2%) and only 5.9% say they are “not at all feminist”; or to the figure on bisexuality, a sexual orientation with which 18.5% of young women identify.

“The hypothesis that feminism causes profound changes in the discourses and conceptions of young women is ratified, in particular with what sexuality has to do with, in how sex and love are disassociated, in how they are critical of patriarchal and violent relationships. in porn, also in terms of the objectification of women’s bodies and in the opening and normalization of sexual diversity”. Also in the explicit need they express for an education with which to go through adolescence without their friends and social networks being their sources of reference to resolve doubts, as is the case up to now.

They put as a grade the training they have received a 4.4; they believe that schools and institutes (41.7%) are “mainly responsible for imparting sex education”, ahead of health personnel (29.9%) and parents or family (25.4%); and if asked about what topics they think it would be necessary or they would have liked to receive more training or information, they answer violence and abuse (26.8%), sexual problems (28.4%), prevention of diseases and infections of sexual transmission (42%) and, above all, about “love and relationships”, 49.9%.