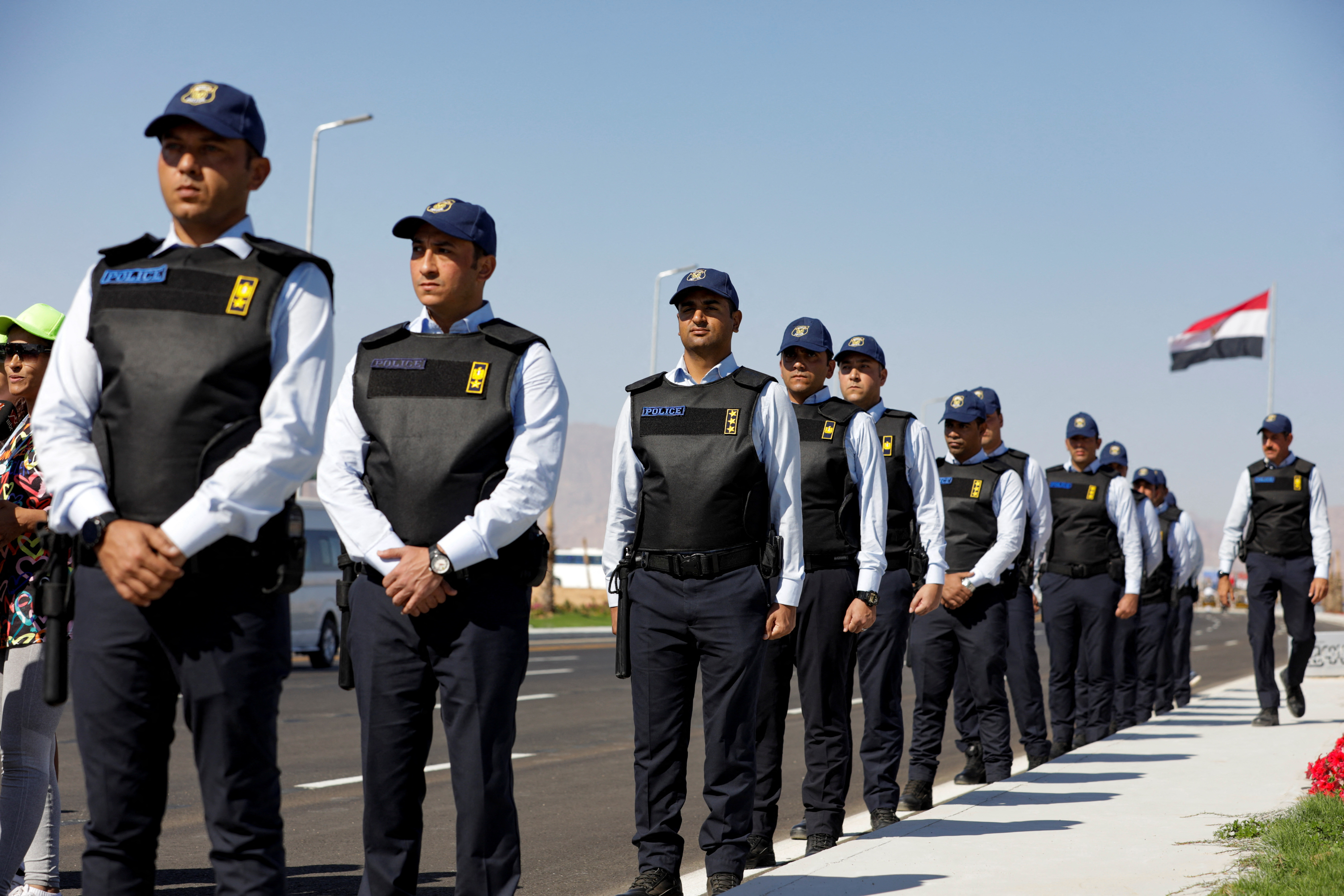 The Egyptian authorities have detained hundreds of people since the beginning of October in the framework of a wide campaign of arrests and intensification of the repression launched as a result of a diffuse call spread on social networks that encouraged protests while the country hosted the summit of the UN on climate change. Among the detainees are journalists and voices critical of the Government. And human rights groups and activists fear the wave of arrests could lead to an escalation of reprisals against those who have criticized Egypt’s dismal record on the environment and political freedoms in the run-up to and during COP27.

From October 1 to this Friday morning, the authorities have detained 800 people in 19 governorates of the country, according to a detailed count prepared by the prestigious Egyptian Commission for Rights and Freedoms (ECRF, in its acronym in English). and shared with EL PAÍS. The organization’s documents show that many of them have been detained in the metropolitan area of ​​Cairo and in the Nile Delta, two areas far from the city of Sharm El Sheikh where the summit was held. An ECRF member explains, on condition of anonymity, that most of the detainees are being accused of inciting to protest, while others are accused of joining a terrorist group, inciting terrorist offences, misusing social networks and spreading fake news, according to a statement from three other human rights groups.

In the days prior to the start of COP27, which began on November 6 and formally ended this Friday, 12 human rights organizations had already documented the detention of at least 138 people. But it has been during the celebration of the summit in Sharm El Sheikh, a spa city far away from the great urban centers of Egypt, when the campaign of arrests has intensified. In this sense, the ECRF registered an increase in arrests in the days before and during the day of November 11, when the protests in the country were called. And, although the mobilizations did not take place, dozens of more arrests have continued to take place in the days that followed.

The ECRF tally shows that of all those detained in recent weeks, only four have been released, while the vast majority are in pre-trial detention, a widespread detention regime in Egypt in which thousands of people They are trapped for months or years. In addition, the whereabouts of some 40 people remain unknown, which, according to a report published this week by Human Rights Watch, could be forced disappearances, another very frequent practice.

Although the profile of detainees in this type of arrest campaign is usually that of young men, who are often apolitical, they also tend to lead to critical voices. On this occasion, the ECRF has documented that, among the hundreds of detainees, there are at least five journalists, a lawyer known to represent political prisoners, a union leader and a member of a progressive political party.

Information is the first tool against climate change. Subscribe to her.

Parallel to the campaign of arrests, there has been a notable increase in the deployment of security forces, at least in sensitive areas of Cairo, including the center of the capital, particularly during November 11. Likewise, human rights groups have denounced the establishment of multiple checkpoints in public places, as well as the random detention of citizens to force them to show their phones in order to search them for material that could be considered critical.

Protests inside the COP27 venue

The only demonstrations that have taken place in Egypt, although much smaller than on previous occasions and largely led by foreign activists, were in Sharm El Sheikh. However, the protests occurred inside the summit site, which during the summit becomes a UN-managed extraterritorial space that is not open to the public and is exempt from local jurisdiction.

Violations of human rights and restrictions on civil society have been one of the issues that have most marked this year’s climate summit. And the figure that has garnered the most attention has been that of the activist and writer Alaa Abdelfatá, an icon of the 2011 revolution in Egypt and today the most famous political prisoner in the country. The day COP27 began, Abdelfatá had already been on a hunger strike for more than 200 days and also stopped drinking water, which raised concerns about his health. His case sparked an international campaign calling for his release, and led several Western political leaders to discuss his situation, to no avail, with the Egyptian authorities.

Last Monday, Abdelfatá informed his family through a letter that he had broken his thirst strike and a day later, through another letter, that he had abandoned his hunger strike. His family explained at a press conference on Thursday, after having been able to visit him in prison for the first time since October, that Abdelfatá’s decision did not respond to any promise made by the authorities, and they said that he was exhausted, weak and very vulnerable. although willing to resume the strike if progress is not made soon.

“Over the last nine years we have already lived through times when we didn’t know anything about Alaa and needed proof of life,” said his sister Sanaa Seif. “Now the attention will be much less because the summit is over,” she slipped. “But I want you to remember that this is what thousands of families experience every day.”

Ready lists: extra individuals than ever are ready for an operation, however the days of delay are down

New macho cyberviolence: when the aggressor is in your ‘smartphone’

Are we facing the end of cryptocurrencies?