Mini Aceman study presented: Small SUV as an electric car is coming in 2024

By 2030, Mini intends to only offer battery-electric drives, at least in Europe. However, it’s not that far yet: the next Mini generation is to be presented at the end of next year. With it, the range of electric drives will grow strongly, but combustion engines are still available. The portfolio is also being expanded in terms of body variants. With the Aceman study, BMW gives a very concrete view of the direction in which it should go.

Not all versions of the Mini that designers have come up with over the past few decades have ultimately been successful. For the new generation, the classic three-door, the convertible and the Countryman can be regarded as definitive. A new addition is an SUV that is significantly shorter at around 4.05 m. The first study “Concept Aceman” shows the mini design that has only been slightly further developed, so a revolution in design is not in the offing for the brand again. 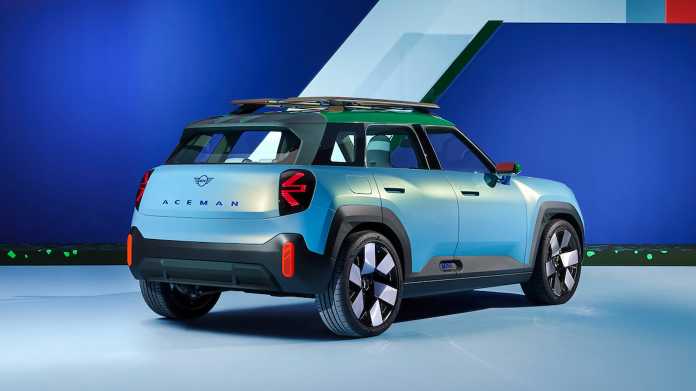 The design of the Aceman study suggests that …

With 20-inch rims and a width of almost two meters, the Aceman is pretty stocky. It’s designed as a five-seater, but of course you shouldn’t expect space miracles with the traffic area of ​​a VW Polo: freedom of movement in the rear and trunk will be small. Perhaps BMW will decide to give the back seat a horizontal adjustment. This allows the limited space to be used variably.

Like Volvo before it, Mini also wants to part with the optional leather covers. The days of shiny root wood and fine leather are probably over for good. The study has a fabric-covered dashboard that is significantly lower than the current three-door. There is no longer an instrument cluster. Information is played out via a head-up display or a round display in the middle, the dimensions of which can easily compete with those of a pizza plate. The number of buttons has decreased, but there is still hope here – after all, there are still at least a year and a half before the start of production of the Mini Aceman. 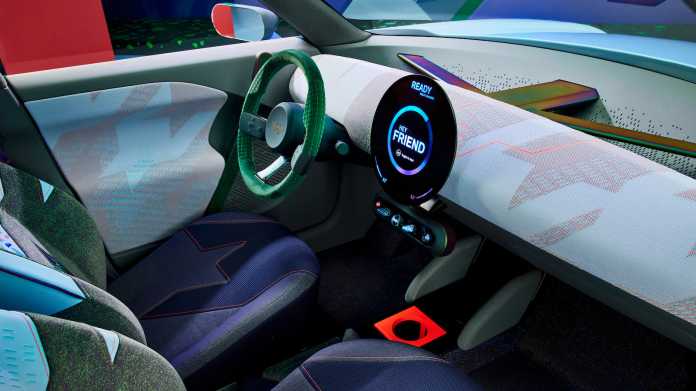 The fabric-covered dashboard is significantly lower than in the current Mini production models.

This is one of the reasons why there is still no information about the drives. So far, the only thing that is certain is that, unlike before, there will be different electric motors that will cover a certain range of performance. We suspect that the entry-level model will already have around 120 kW, and that it could be more than 200 kW at the top. Front and all-wheel drive are prepared. The prospect of the energy content of the batteries remains vague. No one can predict how the prices per kilowatt hour will develop over the next year and a half. The constant cheapening of battery cells has stopped for the time being. One thing can be assumed: It will probably not be less than 40 kWh, which can be filled with a peak of 100 kW.

The onerous story of Manolo el del bombo: ruined and unable to journey to the World Cup

The opera ‘L’Arxiduc’, a proposal in everlasting threat