Michael Dunlop: The Dunlop legend is alive on the Isle of Man TT – MotorBike.gr

21 wins – and Michael Dunlop continues to write history for the legendary family!

Michael Dunlop celebrated his ninth victory in the Supersport category and his 21st victory in the Isle Of Man TT a few days ago. It was a moving moment for Michael who is now the only one to retain the Dunlop family legend in motorcycle racing.

Michael Dunlop, who figures among the rebets with the most wins in the famous “Island”, managed to impose himself on his opponents and achieved his 21st victory at the Isle of Man TT last Friday.

This success makes him the most successful rider in history, in the Supersport category. Hailing from Northern Ireland, Michael comes from a family of rugged motorcyclists. 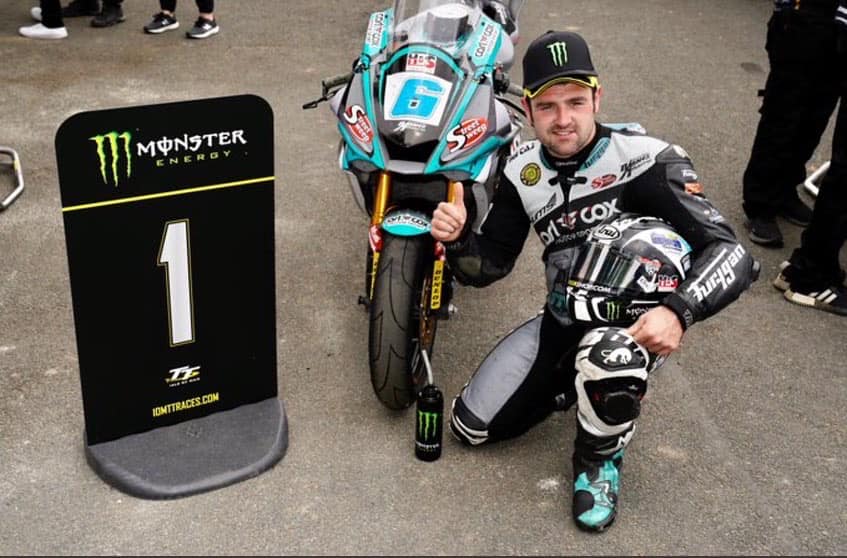 Dunlop’s name is well established in the world of motorsport, with father Robert, brother William and the most famous and polynomial of all, his uncle, Joey, to be names-legends in speed racing. The tragedy is that all three have left their last breath in a tragic way on races that took place on public roads!

Michael’s uncle, Joey, still holds the record for most Isle of Man TT races with a total of 26 firsts!

And Joey’s nephew though, is not too far from him anymore, while his age helps him keep trying for a new record. 33-year-old Michael Dunlop appeared excited during the podium ceremony, as it was a hard-won victory against very experienced riders such as Peter Hickman or Dean Harrison, who followed him constantly in the foot race by just 3.0 seconds… at best. Dunlop managed to increase his lead in the last lap, as Hickman – who seems to be the most trained rider this year, with already two victories in respective categories – tried to approach him and reach the difference in less than a second, but in the end failed to pass him.

And the Dunlop family’s racing story continues, with Michael a worthy representative of the mythical name…