Mental health: neither a biological nor a social issue but quite the opposite 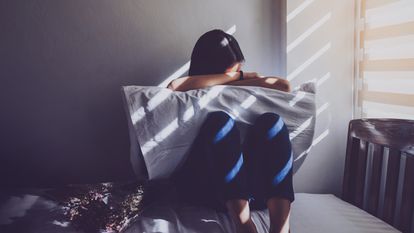 In the future there will be more interdisciplinary projects that weave together the biological, psychological and social substrate of mental illness. Bundit Binsuk / EyeEm (Getty Images / EyeEm)

Often, when an area of ​​knowledge is especially complex, it is dominated by ideological tribalism. Very cohesive groups are formed, with high fidelity and enthusiasm of its members, charismatic leaders and a self-satisfied position with their own ideas and belligerent with those of others. Looks very familiar to us, right? Given that the Them/Us division directly affects the mechanisms of empathy, this tribal behavior has moral implications and favors the bilardista maxim of “the enemy, no water” (this is wonderfully explained by Pablo Malo in his book The Dangers of Morality). Well, the study of mental health, at least throughout the 20th century and to the present day, has been a clear example of this.

Since the irruption and hegemony of psychoanalysis, the rise of behaviorism, the pendulum movement towards biologicism, until the appearance of antipsychiatry and other alternative movements, it has been customary to contemplate the complex field of mental illness with earmuffs and reverberating arguments, do not go to unless the other is partially right. We have witnessed fratricidal fights between disciples of Freud, mutual disqualifications between behaviorists (those “researchers of mice, not people”) and psychodynamicists (“fraudulent, unscientific”), and fierce competitions to see which psychotherapy works and which does not for each diagnosis, despite obviously sharing many common factors. But the tribal struggle par excellence, still tiresomely present on Twitter and some forums, is that of the so-called “biologists” against those who defend that mental illness is of a purely social nature.

Biologicism or biological determinism advocates that all psychological and psychopathological phenomena are due to innate inherited differences. It is a strange idea that generated fascination in the 1980s, in the blinding light of new neuroimaging tests (with colors in the brain that seemed to show where the nucleus of the disease resided) and advances in the knowledge of the human genome (that Rosetta stone that could decipher our complicated mental hieroglyphics). Nowadays, it is not seriously defended by anyone, because it is a very simple theory, reductionist and widely refuted by the data. What has lasted, curiously, is the term “biologist”, generally used to disqualify anyone who includes biological aspects in the explanatory equation of human behavior. A professor shows data at a conference that supports that the risk of having schizophrenia increases as one has more family history (1% in the general population, 2-4% with a second-degree relative, 10% with a sibling, etc.) and the buzz is already heard in the room: biologist! Likewise, it happens if he mentions the efficacy of the medication or expresses the desire to one day find biomarkers that will help us to individualize the treatment. The biologist tribe was disqualified decades ago and is in the doldrums, but what is clear is that the anti-biologist tribe misses it very much.

The reality is that all this is nonsense, because there is academic consensus in considering gene-environment interaction as the basic element to understand the development of psychopathology. We know that serious mental disorders have a high heritability and a polygenic nature, but that this predisposition interacts in a dynamic and complex way with many environmental factors, decisive for someone to develop the clinical picture or not. In schizophrenia, for example, the concordance between identical twins (monozygotic) is 45%, falling to 12% in dizygotic twins; genome-wide association studies indicate more than 100 genes and copy number variations associated with the disorder. But this translates into progression or not to the clinical picture depending on the interaction with proven risk factors: complications in pregnancy and childbirth, adverse and/or traumatic events in childhood, aggressive family functioning, drug use —especially cannabis, eye—, living in megacities, low socioeconomic status or belonging to segregated ethnic minorities. It is not, therefore, a gene-environment dichotomy, it is a dynamic interaction. Genetics modulates the sensitivity or the probability of exposure to the risk factor, in the same way that the environmental factor produces objective epigenetic changes. Sometimes one risk factor (childhood trauma) moderates the response to another factor (adult stress), and sometimes genetic aggregation (verified in family studies) and risk factors (the perfect storm, for example, traumatized immigrant person, socially marginalized, cannabis user). Epidemiological studies that try to unravel these interactions are very difficult and expensive to carry out, because there can be a latency of several decades between the risk factor and the disease.

The group led by Dr. Celso Arango, from the Hospital Gregorio Marañón, has analyzed gene-environment interaction in several disorders. In a recent study, he has addressed the role of loneliness and social isolation in the development of schizophrenia and their shared genetic bases. It is an example of how genetics ends up addressing sociological and, ultimately, subjective concepts (there is an unwanted loneliness and a voluntary one, there is an experience of exclusion and another of indifference, under similar objective conditions). Genetics allows us to interact with the environment and this interaction is subjective and sometimes elusive with objective measures, having to come into play disciplines that address the inner world of people. In the future there will be more interdisciplinary projects that weave together the biological, psychological and social substrate of mental illness. Tribal wars will give way to the constructive contribution of each discipline and each point of view. We urgently need geneticists with a background in sociology, psychotherapists with a background in physiology, mathematicians who understand the subtleties that the literature contains. And having overcome the biology-environment dichotomy, it will be inevitable to overcome that of science and letters in the formation of our adolescents. Martha Nussbaum or Edgar Morin have already pointed out the critical role of the humanities in our scientific (and citizen) development. But the final dissolution of sterile dichotomies will occur when we understand the meaning of the complementary contradiction, which is present in Heraclitus, Montaigne, Pascal, Spinoza, the Hegelian dialectic, Marx or Bohr. The bad thing about this is that it forces us to distrust our tribe, our guru, our self-indulgent comfort, it forces us to relativize the hatred -that is, the fear- that the Other awakens in us.

The lessons of AIDS