The two years of paralysis of tourism due to the coronavirus have been a burden for those hotel companies that the crisis that began in March 2020 caught them in debt. Among the five large hotel companies with activity in Spain (Meliá, Barceló, NH, Iberostar and RIU), the big ones affected are Meliá and NHwhile Barceló, Iberostar and RIU have relatively low debt figures compared to their operating result thanks to their good starting position.

In this context, Meliá and NH want to continue with their debt reduction strategy in two directions: reduce the purchase of owned hotels to a minimum with the exclusive commitment to rental, management or franchise regimes and accelerate the sale of said assets to obtain liquidity and reduce debt.

Since the pandemic began, the Balearic hotel company has gone from owning 43 hotels at the end of 2019 (13.1% of the total) to having 37 hotels as of June 31, 2022 (11.2%). This last percentage is the lowest in the history of Meliá and endorses the commitment to a new structure in which the contracts signed in the future to grow are only rental, management or franchise. This has also contributed an unprecedented increase in debt of 124%, which went from 592.5 to 1,330 million euros.

The CEO of Meliá, Gabriel Escarrer, already advanced its plans in this regard at the last shareholders’ meeting. “We must deploy a financial strategy aimed at reducing the group’s financial debt and progressively return to the excellent levels of leverage prior to the pandemic, quantifying said debt reduction for this year at at least 250 million,” he assured. An amount similar to the 204 million achieved in 2021 with the sale of eight hotels to an investment vehicle owned mostly by institutional clients of Bankinter, with 85% of the capital, followed by Meliá and the financial institution, with 7, 5% each respectively.

If the situation is not as favorable as in the last six months, the hotel company has a real estate portfolio of 37 hotels in order to gain liquidity. Meliá has commissioned a new valuation of these assets in the fourth quarter. The previous one, carried out by Jones Lang LaSalle in mid-2018, estimated the value of real estate assets at 4,386 million, which represented an increase of 23% compared to the previous estimate made in 2015.

NH also wants to follow in the footsteps of Meliá and has made it a priority to reduce leverage, although at a slower speed than the Balearic hotel company, since its debt rate was lower from the start and has not increased as much in the last two years . The company led by Ramón Aragonés started with a debt of 179 million at the end of 2019 and ended the first half of 2022 with a liability of 463 million. Despite tripling, it has been reduced considerably in the six months between December 2021 and July 2022, with a reduction of 105 million, “due to the improvement of all margins due to strict cost control.”

The sale of the Gran Hotel Calderón in 2021 for 125 million has already contributed to the containment of liabilities, in one of the most important sales of the company, only behind the 155 million obtained by the Barbizon hotel in Amsterdam. NH currently has 349 hotels open, of which 71 (20.1%) are owned by it. Like Meliá, this is the lowest percentage in its history and the company could be considering new operations, although for now it does not have any on the table. The value of the hotels in property scales to 2,100 million euros, which, according to the firm, gives it a margin in the event of a possible deterioration in the situation. 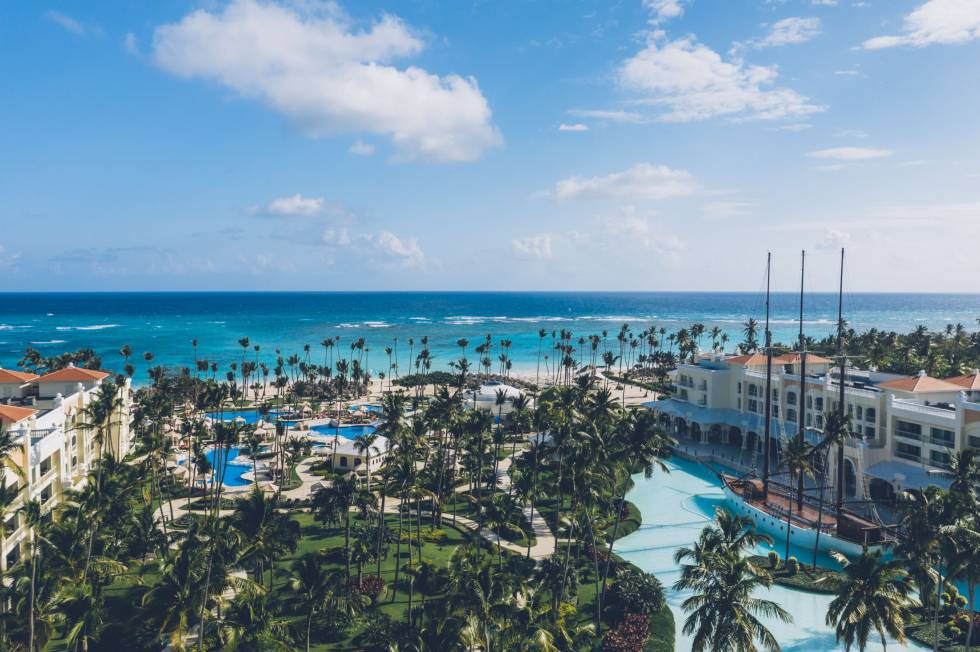 Passive. Faced with the financial difficulties of Meliá and NH, the other three large hotel groups in Spain exhibit financial muscle. Despite the fact that Barceló only owns 16% of the 271 hotels, which gives it little room to gain liquidity by selling assets, it has a privileged debt position, well below that of its rivals.

Shopping. RIU has a low level of debt and owns 84 of its 99 hotels, which represents 84% ​​of the total, the highest percentage among the large hotel companies. This financial ease is what has allowed it to undertake the largest hotel purchase in its history in the midst of a pandemic, acquiring the 49% that its German partner TUI had in 19 hotels for 670 million euros.

Expansion. The Balearic hotel company, owned by the Fluxá family, plans to open five hotels in the coming quarters with a focus on the Caribbean. Iberostar’s plans are to open another two hotels in Mexico and another two in the Dominican Republic, where it already has 11 and 7 establishments, respectively.