Mario García Romo, bronze in the 1,500m test of the European Championship 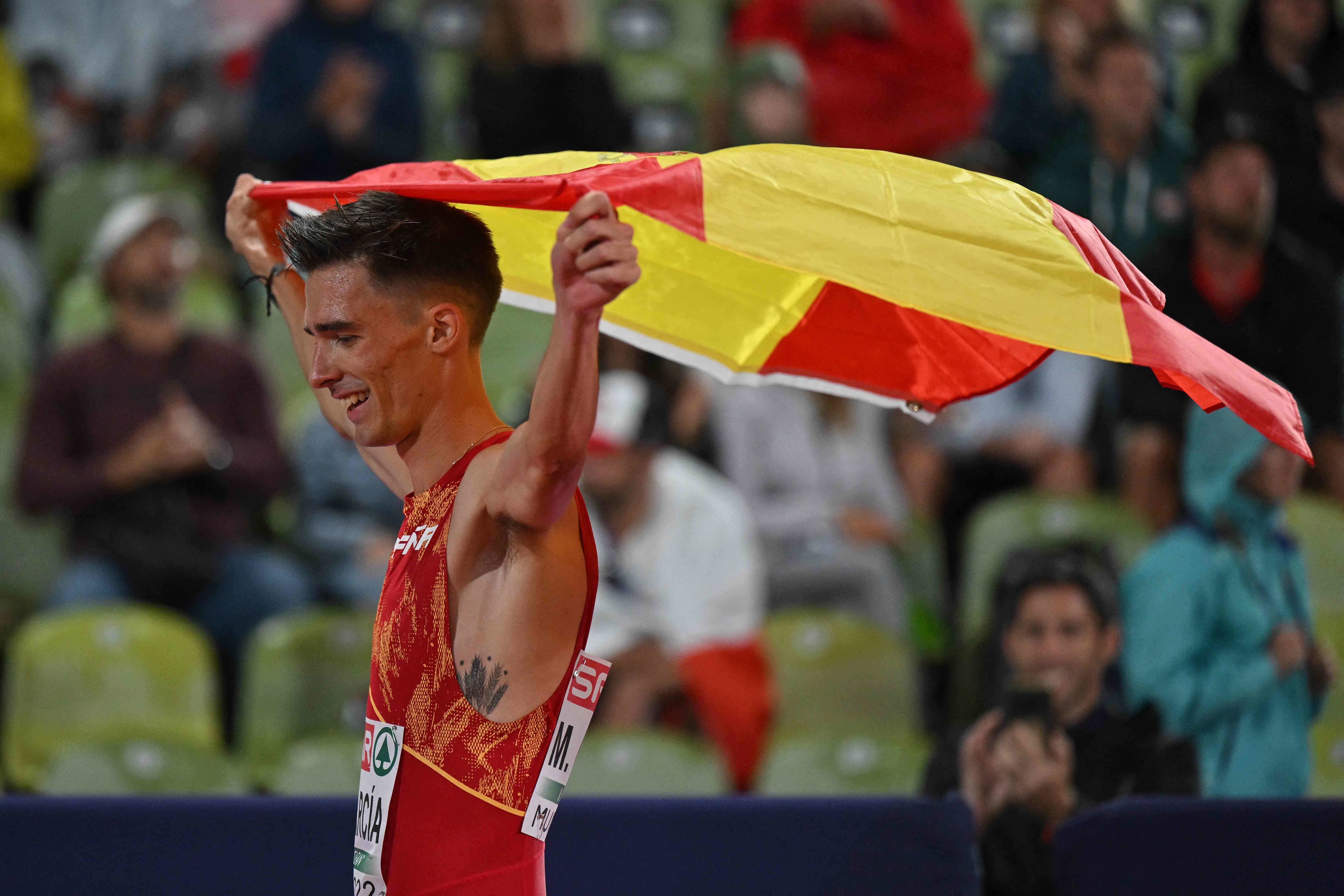 “In Galicia it rains”, says, tautologically, Adrián Ben, a Galician from Viveiro who likes the wisdom of Fariña’s wise phrases, and laughs at his grace, which is damn funny to Mario García Romo, from Villar de Gallimazo, Castilla. dry and cereal, and finds that in Munich, like in Galicia, it rains, and a lot, and contemplates the water crashing against the glass roof of the Olympic Stadium, and on his head the hood of the champagne gold raincoat of the national team . A false gold that is confused. Which ends up being the bronze color of the medal that awaits him, the first major international medal, at the age of 23, of the new star of the Spanish middle-distance, heir to the greats of the 1,500m, from González Amo, Abascal and José Luis González. , and Cacho and Reyes Estévez, and Casado. García Romo (3m 34.88s) is third.

The final, his final, the 1,500m final in which he will fight the impossible fight against the tremendous Norwegian Jakob Ingebrigtsen is delayed 20 minutes due to rain. 1,200 seconds to think over the possible developments that must lead to a single outcome, victory. Everything goes through his head, everything is assimilated by his reason, the inner strength that gives more strength to his legs, to his light step, that gives more air to his lungs so capable, that gives more reason to the determination of him. The wisdom of the hobbit. He will do what the Norwegian does. He will follow you and, on the last straight, overtake you. He dreams. He believes.

All the scripts depend on the will of Ingebrigtsen, the double European champion of 5,000m and 1,500m at 17 years old, in Berlin 18, the Olympic champion at 20 in Tokyo, the unbeatable still at 21, or almost, because in the World of Eugene a bold British broke him. That is the hope of García Romo, that Ingebrigtsen, already independent of his father, who trained him and submitted him until a few months ago, already superbly the only decider of his steps, doubt, that he is wrong. Ingebrigtsen’s mistake is the best weapon of the Castilian of La Moraña. And when, the sky already clear, the air clear, the clean night of Munich, the cool breeze, Ingebrigtsen goes out and determinedly puts himself first and sets the pace, García Romo perhaps thinks that therein lies the error, that no one resists 1,500 meters pulling, changing, progressing, which is impossible. And, encouraged, he stands behind him. He stays close. And if it were day he would be stepping on the shadow of the spirit that he wishes to see vanish. Behind him, everyone grits their teeth, lined up like the condemned, ordered. The other two Spaniards, the Andalusians Gonzalo García and Ignacio Fontes, among them. Behind. The Sevillian will finish sixth (3m37.40s), finalist in his first Europeans; the man from Granada, 11th, 3m 42.40s.

García Romo waits, but Ingebrigtsen does not waver. 56.54s, 400m; 1.54m, 800m; 2m 23s, the 1,000; 2m 37s to the ringing of the bell. Every time García Romo tries to get a little closer, Ingebrigtsen moves away, an unattainable shadow, torture, a nightmare. Who yields, who can no longer, is the man from Salamanca. He little by little he sees the elusive athlete departing. Little by little he hears approaching, behind him, the panting, the ambitions, of those who wait for his death to pounce on him. 55s from the Norwegian on the last lap.

The Polish Rozmys, crude and brutal; the British Jake Heyward, tenacious and patient; the Italian with the famous surname, Pietro Arese, ambitious. Only the British surpasses him. With his last breath, García Romo resists the Italian. The bronze is yours. And the desire remains. “It is very good to win my first international medal”, he says, serene, reasonable. “But he was coming for the gold. My goal is still to beat Ingebrigtsen.”