Life stopped before Selectividad: “It seems like an eternity to me, but at the same time very little time to study”

Undoubtedly there will be more chaotic and more organized, anxious or under pressure, but the truth is that they have been preparing for two years (to some it seems that they have spent a lifetime) and in general they know exactly what they have to do, although sometimes Sometimes your nerves can betray you. More than 200,000 young people face the university entrance exams for another year: the people of Rioja did it last week, today the people of Madrid, Murcia and Cantabria begin, and in the next few days they will follow in the rest of the country. Lucía García Castro, 18, from Alicante, begins this Tuesday: “According to the bachelor’s degree and Selectividad, well, perhaps it is an academically objective way of selecting who enters the races with high demand, but it is also true that in these two years there is a lot of suffering, that in these two weeks of study we have a lot of stress, many different thoughts and, if you don’t manage yourself well, it can be totally disastrous. But I think that with planning and knowing that you are going to give everything you can…”.

Lucía, who has just finished the Baccalaureate of the Social Sciences branch at the Azorín public institute, in Petrer, has agreed to share with this newspaper how her days of preparation for tests have been that will not only mark the university future of the applicants , but they became many years ago a kind of initiation rite, from childhood to maturity (the education law says that the tests must assess, among other things, “academic maturity”). Together with her, Carmen Arribas and Claudia Mozo from Madrid (who are starting the Selectivity today), and Unai Martín from Gipuzkoa (he will do it on Wednesday) also contribute her experiences for this report.

“I woke up early, because I had to go to math class […] teachers let us go to class to ask questions […] I was just with a friend[…] More or less, for now, I am relaxed, I think I am doing well”, Lucía started on Friday, May 27.

Classes for high school sophomores have ended around mid-May, so that those who have graduated have time to prepare for the tests. Although the teachers are usually available to review at certain times —as Lucía tells us—, from that moment on, each applicant organizes herself as she sees fit and with the intensity that she considers. 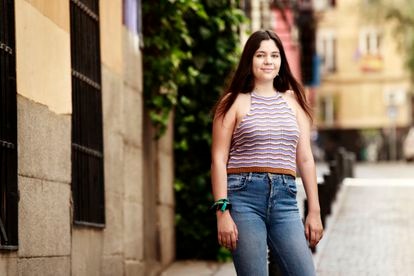 For example, that last weekend in May there was a great sporting event: the Champions League final that Real Madrid ended up winning. “On Saturday I was just going to meet some friends to watch the game, but in the end, as I knew it was going to end super late and the next day I had to wake up early, I saw it at home. But it is true that that afternoon I left her freer, because the match was immovable for me”. Carmen Arribas, in addition, saved space for the later celebration: “Yes, it is true that [el fin de semana] in the mornings I have been studying a little, but then in the afternoons I have been with my friends. On Saturday we saw the game and yesterday [por el domingo] We went to the Bernabéu to celebrate and see the players and everything”, he said on Monday the 30th.

They have all done a prior planning, distributing subjects for each day, and have been managing their moments of study and rest in their own way, with a dinner there, a shopping trip there… Lucía got up early, I ate breakfast around 10, took a long break before and after lunch. With hardly any outings with friends — “We are all preparing the Ebau” —, she did have Thursday afternoon and Friday morning booked because they are the town festivals and she was participating in a parade.

For Unai Martín, the moments of decompression have been the training sessions with the basketball team: “An hour and a half with the team to de-stress a bit”. Carmen also turned to sports: “I have moments of stress, although I think the real one will come throughout this week. But hey, for now I’m doing well because, after all, it’s about reviewing what I’ve been studying all this year. So it’s not so, so hard. What happens is that I’m a little tired of being at home, really. It’s helping me go for a run and do some sports to clear my head”. 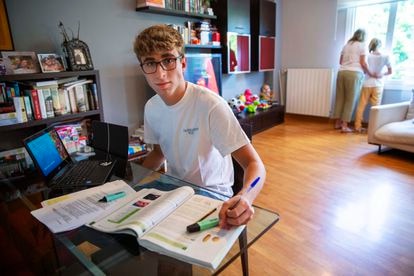 Unai Martín, studying in her room, at her house in Usúrbil (Gipuzkoa), with her sister, Uxue, and her mother, Coro, in the background. Javier Hernandez

Carmen, who has studied the Baccalaureate of Sciences at the Colegio Estudio de Madrid, has already been accepted in Biomedical Engineering at a university in the Netherlands. “I consider myself very lucky because I can go [a la Selectividad] calmer than other classmates, that maybe if they get this exam wrong, they can’t enter the degree they want and they have to wait a year or study another one”. In any case, with an average of 9 in Baccalaureate, if things go well for him and he achieves a very high cut-off mark, he may consider staying in Spain to do his degree.

Unai, who has studied at the Ikastola Ekintza in Donosti, needs quite a grade (last year it took a 12.8) to fulfill his goal of studying Medicine in Bilbao. He still does not know if surgery or traumatology appeals to him more, but he has no doubts about his healthcare vocation, which has had a great influence, he explains, his sister, Uxue, 12 years old, who suffers from a rare disease: the syndrome of Phelan Mcdermid. “She has motivated me to want to take care of others.”

Lucía is not “very clear” about what she wants to do, but she knows that she would like to work in other countries or in Spain, “but with international issues”. And she takes it philosophically: “If she doesn’t come [a la nota] nothing happens. There are other paths that you can use to do what you want”, he says, and explains: he means that, if it is not enough for him to enter International Relations, a highly demanded career, he will go “for something more related to Law ” and then do some specialization in international affairs.

“It’s nothing we haven’t already done”

Claudia Mozo from Madrid wants to study Nursing: “I would like to dedicate myself to emergency nursing, although I would also very much like to be a military nurse”. Time will tell. For now, she has to study to get it.

On Wednesday, June 1, he had this to say: “I’ve been in the library all day. […] Like a slightly more charged environment, every two hours I go out to rest. […] I have done mathematics and chemistry and late in the afternoon I have reviewed a little history topics that, being able to choose between the 19th century and the 20th century is much easier […] my idea is from Friday, Friday, Saturday and Sunday, to dedicate myself only to the readings that I have on Monday, which are History and Language […] when talking to friends and such, we are all very calm because in the end it is nothing that we have not already done. We’ve been taking exams all year and it’s just another exam, although we have more pressure because the grade counts a lot”. 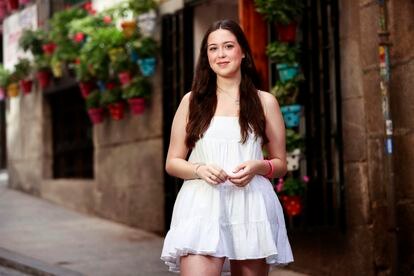 It’s all about trying to stay calm. However, as the week progresses, more tension is felt between the applicants. Some are worried about mathematics, others, about the “density” of the history syllabi, although all of them have already done mountains of test exams in all subjects and have strategies to choose well the questions they are going to answer (this year to have more options to choose from, like the two previous courses, because the simplified testing system is maintained due to the covid context). “In the weeks since you finish high school until the Selectividad, everything seems like a world. It seems like an eternity to me, but at the same time it seems like very little time to study. And you get stressed about everything, you get irritated with everything, you never find anything, even if you have it in front of you. It is a strange feeling, ”Lucía explained on Wednesday.

“Selectivity, the entire course, is a turning point. My parents, my friends who are already at university, they all tell you, that it will be another way of seeing life, that we are going to another stage, that we will do different things”, says Claudia. She adds, in any case, that she is very sad to leave the school (the Gredos San Diego concerted school in the Madrid neighborhood of Moratalaz) and her classmates after so many years. The same thing happens to Unai, but also with a bittersweet feeling. “It is true that it has been a bit sad, but well, I am happy, wanting to open a new stage and meet more people, learn new things and be able to dedicate myself to what I really like”.

Lucía explains that they have been two very hard years, of a lot of effort, with many tears endured with the support of classmates, so: “On the one hand, I am very sorry to leave the institute, to leave the people from my institute, to the teachers… But, on the other hand, with the two years I’ve been here, I wouldn’t want to go back at all”. This Sunday, around lunchtime, the young woman sent another message: “I have this afternoon and everything [el día de] tomorrow and the truth is that I’m quite nervous, I’m already starting to get stressed in case I don’t arrive, to see what time I have to get up, all those things… But I’m pretty crushed and I think it’s going to be fine ”.

Unai, although he had a little more left (until Wednesday), was beginning to get nervous: “You start to think that you don’t make it, you regret not having started studying before… But, well, I have a lot of grains to start, and to finish, especially to enjoy the summer”. But Claudia, although she had almost nothing left to her – just one afternoon that she was going to dedicate to revising English and Language, until the beginning of her tests, this Monday at 9:30 –, she continued to declare herself very calmly: “I have done everything what I could, I’ve studied everything I could. […] And what I haven’t done so far… well, there’s little more I can do.”

The capabilities of Desinfec't 2022 at a glance