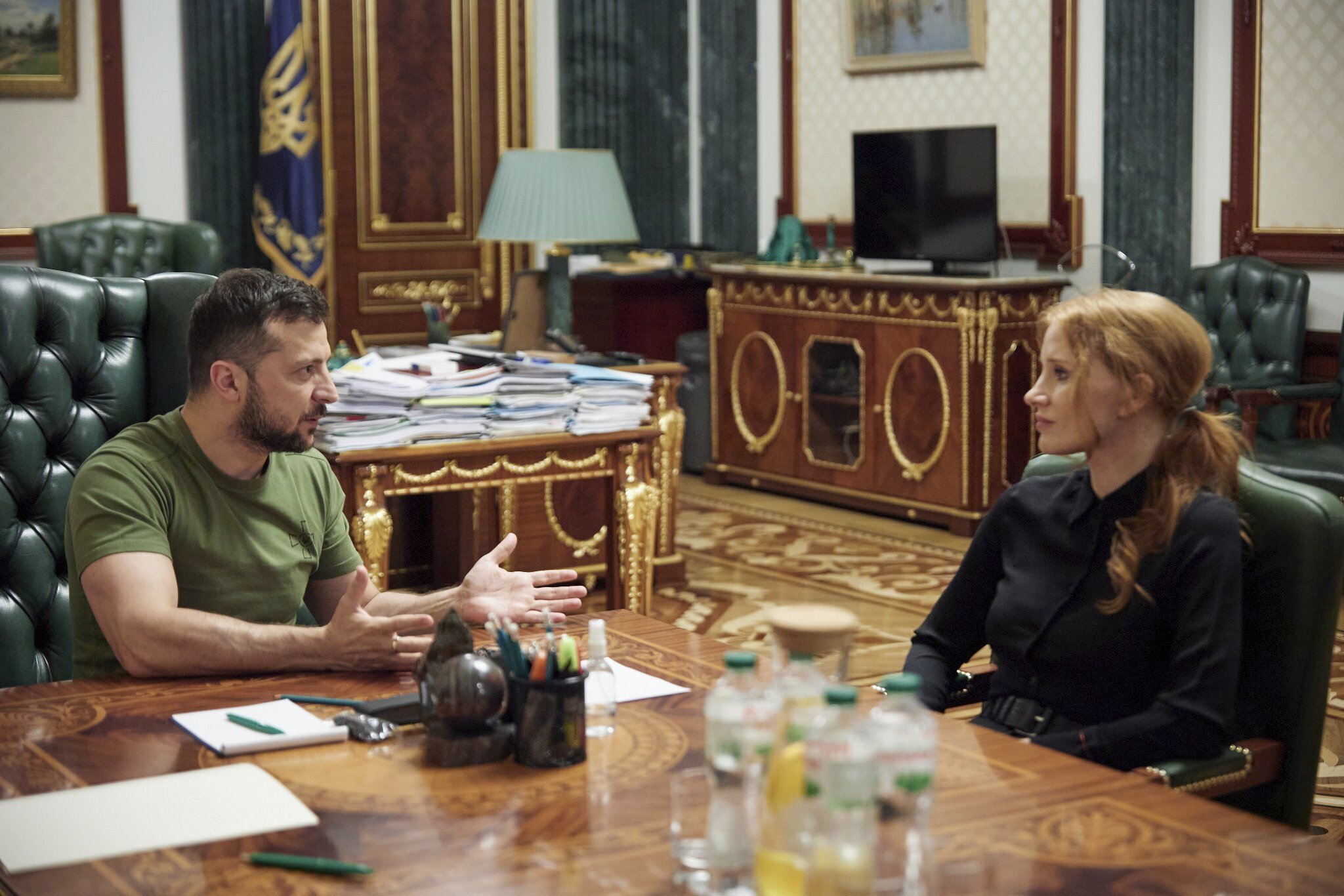 The Ukrainian army tries to contain Russian troops in a large sector of the eastern front of Donetsk, in the east of the country, while the president of Ukraine, Volodymyr Zelensky, thanks the West for the military aid and asks for more.

“During this week, the Ukrainian Armed Forces and our intelligence have achieved solid results in destroying the logistics of the Russian army, the rear bases of the occupiers,” the Ukrainian president said in his usual daily video message.

Zelensky stated that “every attack on the enemy’s arsenals, on their command posts, on their emplacements of combat machines, saves the lives of Ukrainian soldiers and civilians.” Zelensky thanked “all those who supply Ukraine with the necessary weapons” and recalled that this week “another support package from the United States was agreed, which includes projectiles for the HIMARS”.

The head of state defended that these weapons “are used with the greatest possible precision and benefit for the general strategy of our defense” and assured that his government is “doing everything possible to obtain even more effective and modern weapons.”

And it is that, after 164 days of conflict, on the northern, western and southern fronts the pulse between the Armed Forces of Ukraine and the Russian Army is maintained.

The Ukrainian command reported that in the north of the country “the enemy attacked with artillery the towns of Gai and Gremiach, in the province of Chernihiv, and Novi Virki, in the Sumi region”, while in the direction of Kharkiv, to the east “fired with artillery and missiles along the entire line of contact.”

However, the main Russian pressure remains in the directions of Sloviansk and Kramatorsk, the main strongholds of the Ukrainian Army in the east of the country.

The Ukrainian General Staff indicated that the Russian forces punished several localities with artillery fire, with strong support from radio-electronic warfare complexes that hindered the aerial reconnaissance of the Ukrainian Army.

In addition, according to the Ukrainian command, the Russian Army attempted an “unsuccessful” offensive in the towns of Bogorodichni and Dolina.

Meanwhile, in the direction of Kramatorsk, Russian forces used tanks, artillery and missiles against a dozen towns and “launched an air attack near Spirni with assault planes.”

“The enemy tried to carry out an offensive in the Verjnokamiansk region, but was unsuccessful and withdrew,” the military entity added.

At the moment the most intense fighting is taking place in Bájmut, a necessary position to advance towards Sloviansk and Kramatorsk, where “Ukrainian soldiers maintained their positions and repelled the invaders”, according to the Ukrainian command, and in Avdiivka, another of the fortified places of the Ukrainians in the east.

The American Institute for War Studies found that “Russian troops tried to capture more advantageous tactical positions (…) along the eastern arch of Bájmut”, at a distance of about 12 kilometers from the city. “Localized ground attacks south of Bakhmut around Vidrozhennia, Vershina, Kodema and Zaitseve continued and shelled the city and surrounding settlements to support ongoing ground operations,” the center added.

For its part, the Russian Ministry of Defense reported in its part of the war two attacks in the Donetsk region, which would have cost the Ukrainian Army around 200 troops. “As a result of an attack by the Russian Aerospace Force against a temporary location of units of the 72nd Mechanized Brigade in an agricultural enterprise in the city of Artyomovsk (Russian name for Bakhmut), up to 130 soldiers and 8 vehicles and armored vehicles were annihilated,” Russian defense spokesman Igor Konashenkov said.

In addition, according to the Russian command, “after an attack with high-precision aerial emplacement missiles against the emplacement of a howitzer battery of the 95th Landing and Assault Brigade of the Ukrainian Army in the town of Dzerzhinsk (Toretsk), up to 70 military.” In this attack, Konashénkov specified, three Gvozdika self-propelled artillery pieces and three vehicles were also destroyed.

A young man dies after catching an embolado bull, the fourth deceased in the Valencian festivities this summer