Laprovittola is a classic: three-point record and Barça to the Super Cup final 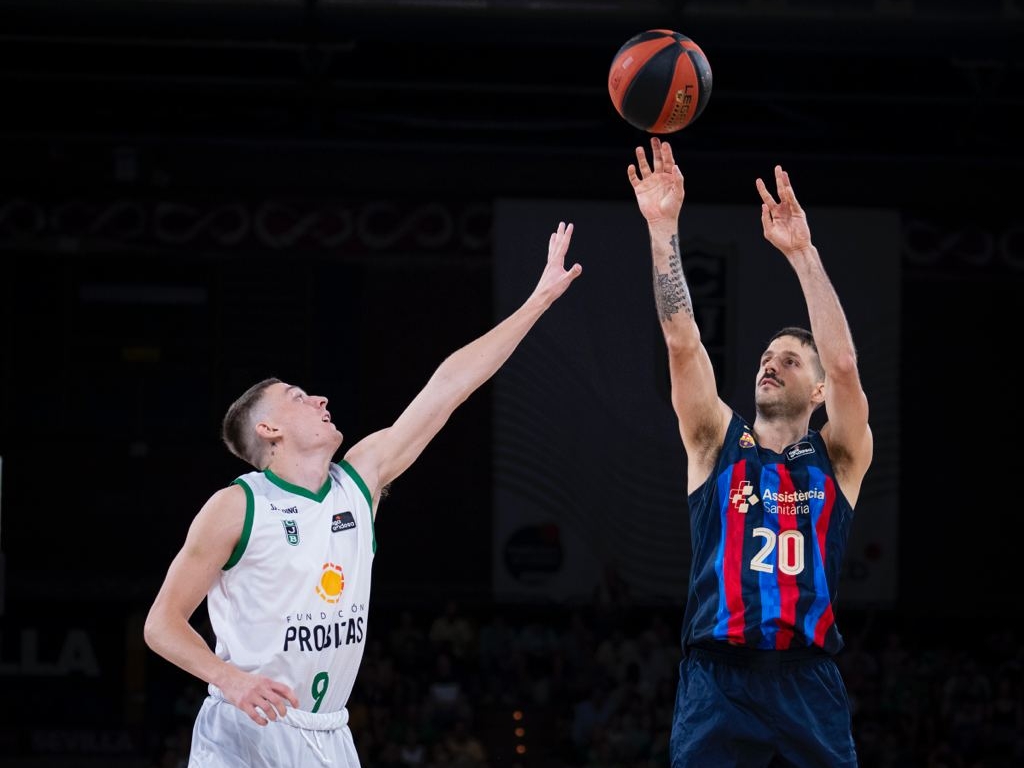 A magical Nicolás Laprovittola led Barcelona to the final of the ACB Super Cup, taking the Catalan derby against Juventut along the way (91-74). The Argentine, illuminated from the triple (7 of 10), rescued his team when they were lost in the match to meet Real Madrid this Sunday (6:30 p.m., by Vamos) in the most repeated outcome in the history of the tournament. This will be the ninth time that the Super Cup is decided with a classic. At the moment, the balance is two Barça wins and six whites, who have won the eternal rival in the last three editions.

Barça maintained its essence against Penya despite not having its great figure, Nicola Mirotic. The Montenegrin, although he was on the list due to the need to cover the quotas, will take a few weeks to return to the team once he recovers from his Achilles tendon injury. And he remains to be seen in what state he comes back and how long it takes to get ready. Despite not having their franchise player, the blaugrana were faithful to his style, looking hard for the outside game, without stopping insisting on triples despite the fact that at times the light went out. Jasikevicius’s men had to pull their jaws to go through a stretch of darkness in which La Penya seemed like it could go on the scoreboard. Then the hero of the night appeared, Lapro (26 points, six rebounds, four assists and a PIR of 29), who broke the record for baskets of three in a Super Cup game with seven bingos, four of them in a row without a mistake in a start devastating third quarter.

The game started at full speed. In the first few minutes, the outside game carried the weight of the game with both teams shooting three-pointers as if there was no other way to score. Reasons were not lacking. Barça scored their first four shots and Joventut followed with a three of four. Seeing that at that speed Barcelona was going to be unstoppable, Carles Durán made a series of tactical moves such as opening up the position of Parra, the reigning European champion, to bring the game to his ground. Tomic was strong in duels against Kalinic or Sanli, and Kyle Guy, a shooter with an explosive wrist brought in from the Miami Heat, found the spaces to shoot from the perimeter. Jasikevicius despaired with Satoransky, who has to assume the stripes until the return of Mirotic, who left at halftime with three points, two rebounds, no assists and two turnovers. La Penya’s players with +7 on the scoreboard (39-46) seemed fresher than a rival who has barely been able to shoot this preseason.

But as soon as the second half began, an Argentine with a mustache blew away Joventut, who did not recover from the review of the third quarter (29-14). Satoransky connected, Vesely’s defense wiped Tomic dry, and Barça’s game began to flow with little opposition. With Penya already frustrated, Jasikevicius’s men pressed until they were +21 two minutes from the end and reached the final against Madrid without any trouble.